In the world today, smoking has become a vice that is very common in the society. Different people do it for different 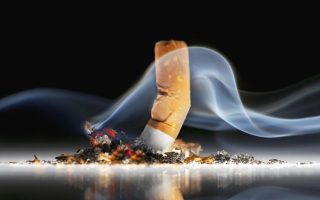 reasons. Some smoke it for the high; some smoke it to calm their nerves and so on. Smoking is harmful to one’s health. It is one of the major causes of cancer. For this reason, there are numerous measures that have been taken by various parties to try and reduce the rate of smoking in the society. To ensure that the message that they are trying to convey to the people is effectively communicated and understood, it is necessary to find an effective method of delivering the message. This essay takes a closer look at the delivery of these messages to the people as well as the effectiveness of the message.

The first aspect that is looked at when conveying the message is whether the sender used ethos, pathos and logos to persuade the reader. This is an aspect that is forgotten most of the time by people conveying messages, but is a fundamental aspect. There are two arguments about smoking that have been mentioned in the chapter. The first one is where one uses humor to convey the message about smoking cigarettes. In his lyrics, he explains how he smokes, the kind of life he lives now that he smokes as well as what happens when he tries to quit. In my opinion the conveyance of the message is superb. The humor employed in the lyrics will keep one captivated from the start to finish. However, the writer could have done more to explain just how bad life has become as a result of his addiction to smoking. A large percentage focuses on the humor; hence it would require a keen and critical thinker to be able to get the actual message.

The second is about some people in a room having a conversation. These three people all run companies that are viewed as vices in the society. On their conversation, they make various comparisons about how many people are killed annually in their respective industries. They do so in a casual manner but still manage to explicitly put out the hard facts about smoking, alcoholism as well as gun sales. They also compare the average deaths per year and per day to what terrorists would do which goes a long way in illustrating just how bad the vices are.

In my opinion, the second argument is more effective than the first one. The first argument is good in terms of delivery but not all the listeners will be able to really get what the sender of the message is trying to say. The second one is casual, interesting but still very informative. The humor is not as much as the first one but the method in which the message is written is equally well conveyed.

If I was tasked with the duty of putting out a message on the negative effects of smoking, there are a number of things I would put into consideration (Lawrence, 1). The first thing that should be put into consideration is the kind of demographic that one is communicating with. This is important because one may choose a method that does not appeal to the targeted audience and once that happens, no communication will be made. Current statistics indicate that most people spend a lot of time on the internet, and social media has become an accepted form of communication by people from various walks of life. The fact that it is used for both formal and informal activities is an advantage because one will be able to reach more people. Therefore Facebook would be my first option (Madhur,1).

Making a film would be a good alternative but it presents a number of difficulties that would hinder effective communication in the long run. First, making a film would take a significant amount of time because one has to ensure that the kind of output is of good quality for the audience to stay captivated. Secondly, one would require a significant amount of money to get all the necessary equipment to make a film. Third, one would also have to create awareness about the film to generate public interest. Lastly, the film would only be watched by people who purchase it. With Facebook, the message will circulate with ease. People will see it as they go about their daily business and a good number of people can be reached at once. Humorous messages are often shared a lot more than informative messages so all I will have to do is ensure that the message I am putting out is both humorous and informative.

In conclusion, communication of messages is more technical than it seems. Communication can be made easily, but for the communication to be effective, one has to consider a number of factors. First is the kind of audience that he or she wants to communicate to. The second is he or she should choose an appropriate method, one that will appeal to the targeted audience. Lastly, pathos, ethos and logos as well as humor are an essential aspect when it comes to effective communication.