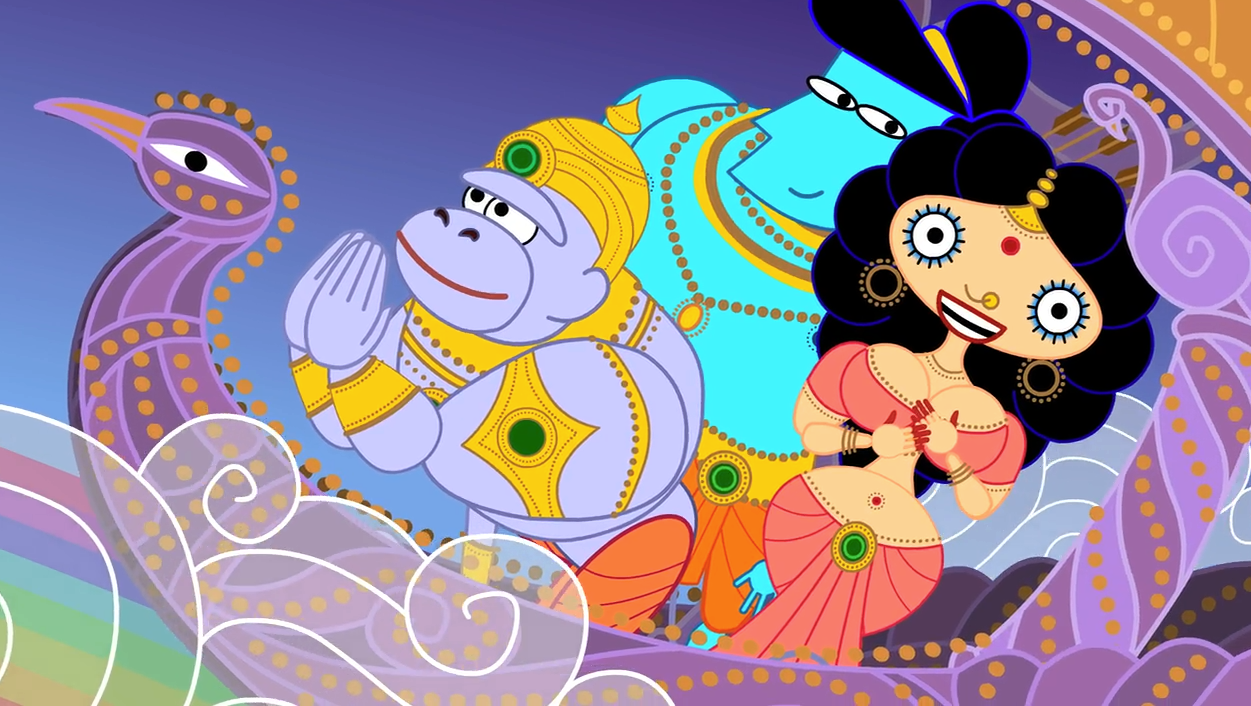 its kind. Basically, it is based on Ramayana an Indian tale of 1920 and has a balanced between plentiful admiration which it repeatedly gains and the main theme has a provoking ability. Most of the critics murmuring at this and call it a “One Woman Disney”.

This story is about a courageous, noble and brave woman who has to suffer a lot in her life due to her violent husband and the mother of a husband. The story is presented with passion and in the bright color. A prince whose name is Rama treated Sita unjustly despite the fact that she is very loyal and faithful to her. An immoral king is also presented in the story that has a monkey army, coordinated birds, line of gurus and dancing moon tap. The emphasis in this story is given to the character of Sita with good and unique attributes.

As the story is based on Indian, tale and it loop around. The Indians themselves describe it fully. This story is criticized too much and much different from the actual story. A lot of negativity assigns to a king and it seems that his rule is patriarchal and the character of Sita is given too many attributes like bravery and loyalty much different from the actual story. Three puppets are used to tell the old tragedy and latest humor in this wonderful explanation of epic Ramayana Indian tale.

There is the force of subversion; Hindu civilizations are reflected in the story because the story of Rama and Sita has being told which encourage the people to show the passionate devotion to each other. The motivation for the love is there because the culture prototype made people able to think on the love and marriage relationships. There is the focus on retelling of the story because the Ramayaa enchanted in the generations of the Indians, the ancient epic story made the Paley’s to interpret the through the theater, the

Paley’s central philosophical text of the story gave the old sense of Hinduism as the story retells the Indian epic wars, including the Mahabharata, there is the human dilemma of the hero and the beloved characters are shown that how they protected themselves with love. The Dharma has been focused on the story because the Hindu tradition defines the person gender, class, position, caste strictly. By reflecting the own dharma the evil acts are shown that further leads to the entails rebirth, existential suffering and the consequences, in order to attain liberation from the Karma.

The four aims of man life the purusharthas are reflected in the story because the deep self-examination thinking can be there, the four aims of life are Dharma (duty), Kama (pleasure) Artha (property or wealth), and Moksha ( the pursuit of the liberation). These four aims in the story reflect about the human or individual components because one can assess the role that can analyze the well-balanced life. An individual can relate him to having the sense of aims.