Education is defined as the act or process of imparting or acquiring general knowledge, improving the powers of reasoning and judgment (World English Dictionary) others for an intellectually mature life. The word may also be used to indicate the result of a specific course, lecture or study. A classroom is historically the perfect environment for conveying information. This usually comprises of a teacher, who is responsible for teaching a group of learners a given concept. In the end the teacher is supposed to evaluate how well the learners have grasped the concept taught through an assessment, most commonly an exam.

Sherman Alexie is a Native American who tries to capture what it is like to grow up in the white American culture. He uses each academic year to illustrate his experiences and shows how differently non-white students are treated in an area that is still greatly affected by the effects of colonization. Even though it has been centuries since the western expansion into the Indian territory, the natives gradually saw their land taken from them and their culture diminish. They were finally relocated to reservations. The natives still have the feeling of oppression and this is portrayed by Sherman when he writes about his experiences as a young boy through school and also after his schooling years. 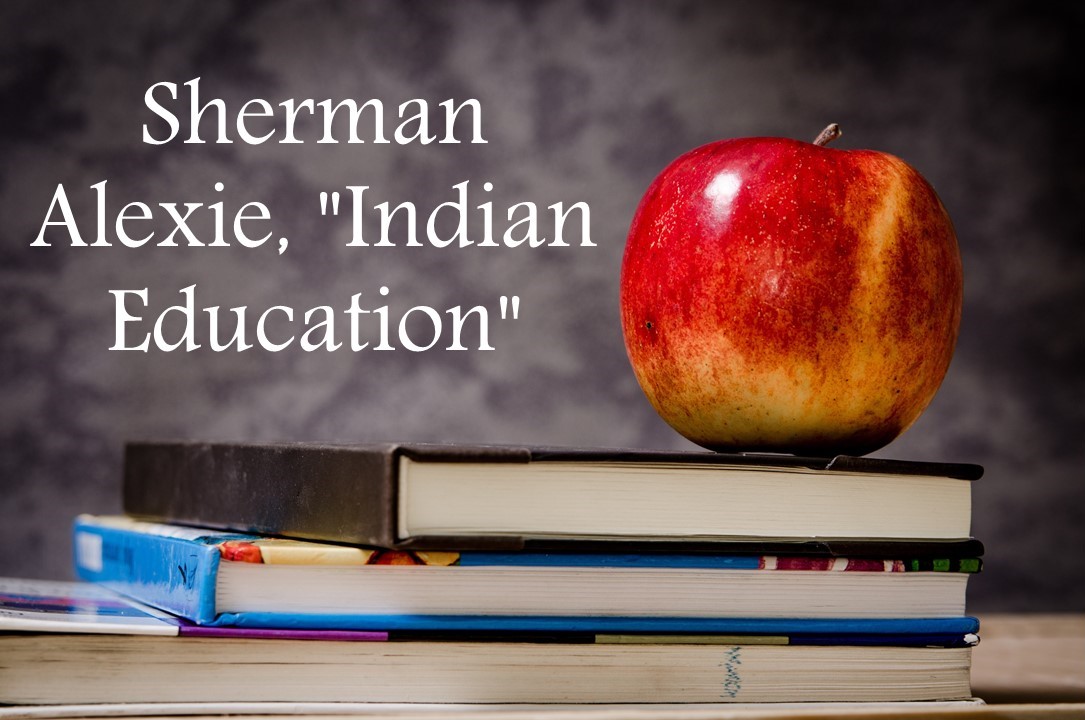 Colonialism is the movement of one country, usually a more advanced country especially in military capabilities, into another less dominant country and integrating their cultures. This led to the assimilation of the two cultures. So the issue lies here, as there is a tension between cultures as the colonialists seek to conquer the native cultures while the natives battle back to try to maintain their cultural identity. This conflict is clearly portrayed by the author as he takes us through the journey from a tender age in his schooling years to his post-gradation years.

For most children, elementary school is a time for fun before the later pressures of academics in more advanced stages of life. It is at this stage that children develop socially through interaction by their peers. However, for Alexie, this works in the exact contrast. It proves to be a time of torment for him from hi peer. He is called nick-names like “Junior Falls Down” or “cries-like-a-white-boy” (Alexie 1.3). Such nicknames were deeply engrained in the American culture and were often a creation of a much older person within the society. These were characteristic of oppression. Theses bullying acts were often directed to children who appeared to be weaker in the society.

Alexie is taught in third grade by a missionary teacher who works in the reservations with the girls. As she suggests that Alexis cut off his braids, she reveals her disdain for the Indian culture. This action appears to stem from the fact that the dominant culture views their practices as superior. In this case however, the submissive culture fights back and this is portrayed where Alexie’s parents “came in the next day and dragged their braids across Betty Towler’s desk”

Alexie describes hearing girls in their washrooms in eighth grade talking about anorexia and bulimia (Alexie 2.50). The girls are fearful of consuming food in order to keep a check on their body weights. He then compares this to his life in the reserves where his mother had to wait in line for commodities and goes back home with canned beef that he describes as so bad that even the dogs would not touch it. He therefore argues that in relation to how difficult it is for those in the reserves to get a decent meal, he sees no reason for anorexia.

The first year in high school present a different type of challenge for Alexie. While giving his accounts on his schooling experiences, Alexie has mostly described the conflict between the white people and the Native Americans. But now he shifts his focus to then light skin and those Americans with darker skins. Alexi is accused of drinking by a Chicano teacher who blames the Indians for “starting to drink real young”. Alexi then comments that “sharing dark skin does not make two men brothers”, a thing that surprised the white population (Alexie2. 58-59)

Fashion has also been focused on in Alexie’s accounts. Women are supposed to dress according to their culture and ethnicity. This expectation was enhanced both by the media and the fashion world. Alexi mentions the pressure of the media first in his school. Whereas in the Indian culture hairdressers were a symbol of courage and honor, the current fashion world uses it for beauty purposes without giving any consideration to the meaning of the attire.

How does Alexie’s’ life experience in the essay “Indian Education” change our understanding of the concept of “education”?

From the definition above, education includes preparing oneself and others for an intellectually mature life. After reading the experience by Alexie I view education differently in the following ways;

Firstly, traditionaly education is believed to be delivered through a teacher to a student and the ideal setting for this is in a classroom. The teacher takes the learners through a given concept and then the learners evaluated after a given period. However, this does not always favor all students alike since at young ages some go through more difficult experiences than others. Most teachers go as fast as majority of their students but who takes care of the interest of the weak students? With respect to this, new policies or methods should be introduced to take care of such learners.

Secondly, apart from the normal classwork pupils should be taken through other social skills that will help them accommodate their peers irrespective of their tribes or backgrounds. Teachers should help learners form not only academic partnerships but also strong social bonds.

Discrimination starts from adult and spread to their children. Occasional adult education should be held to help sensitize adults against poisoning the minds of their children with radical ideas that they may not be able to comprehend. Otherwise, if left to digest such strong opinions on their own, wrong misinterpretations may lead to radical actions and thus dire consequences.