Miracle of the Killer Bees: 12 Senators Who Changed Texas Politics

Texas voters elect members into the State Legislature to represent the people’s will in Texas’ decision-making.

These members have an obligation to their constituencies to speak and vote on the bills brought before them.

The income they receive for their duty to the state comes directly from the taxpayer’s within the state. In The Miracle of the Killer Bees: 12 Senators Who Changed Texas Politics by Robert Heard, 12 Texas Senators are wrongly exonerated from their political and constitutional responsibilities. Heard’s descriptions of the Senators, legislative actions, and political importance are incredibly biased, and he does not portray the incident fairly. 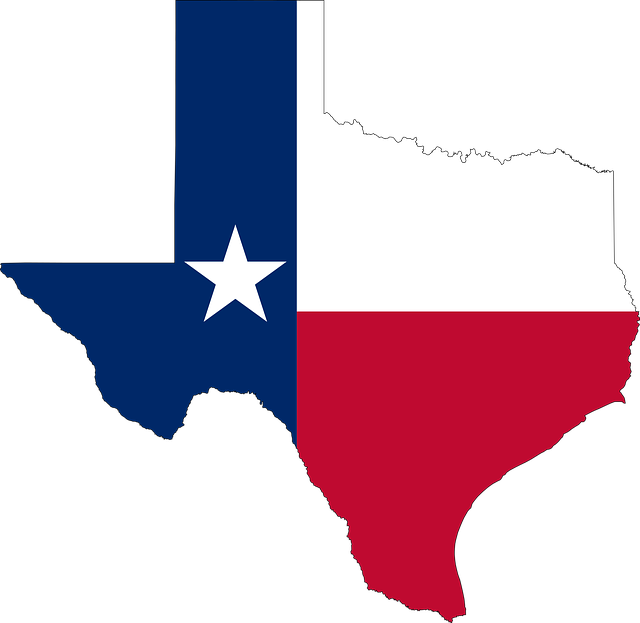 The legislative bill, which instigates the controversy and events taking place in this book, calls for two separate days for primary elections. The presidential election will be held on a different day than any other elected office.

The Senate, however, is to address another election bill, Bill 1149. Still, it is foreseen that the house will send back the law amended, providing for a separate-day primary.

The reason for converging thoughts on bill 602, the one concerning a separate-day primary, was its effect on the democratic elections coming up. The anticipation of a close race between Ronald Reagan and John Connelly in the upcoming Republican Party’s primary election created a strong desire for conservative Democratic voters to participate. However, with the more conservative democrats voting on the Republican primary, the more moderate and liberal Democrats would dominate in nominating their candidates for other political offices.

This took place in 1979 when Democrats were the Texas majority; only four of the thirty-one members of the Senate were Republican. The 602 bill would require a two-thirds vote in the Senate, which would preclude it from being debated due to lack of support, but if 1149, it is more than that favorable, gets to the house and then sent back with provisions for 602 only a majority in Senate would pass it.  Lieutenant Governor, the presiding officer in the Senate, Bill Hobby posted a notice that the Senate would be switch to a less traditional rule.  This gave Hobby the ability to switch to “regular order of business” on Friday, which allowed for the pending election bill, 1149, to be decided on. The previous Tuesday, the filibuster prevented the legislation from being repealed by any of the killer bees; thus, this destroyed their dream of killing it. The name, killer bees, was first given to Senator Lloyd Doggett and Senator Ron Clower by Hobby to use filibusters in anti-environment and anti-consumer legislation. These two and Senators Parker, Mauzy, Schwartz, Jones, Patman, Truan, Kotchman, and Vale made up the ten that met at Parker’s legislative aide, Dora McDonald’s breakfast on that Friday. He refused to go to the capitol building and perform their Senatorial duties. Also missing was Longoria, who had a previously scheduled court date, and Brooks, who did not take sides with either the bees or Hobby.

Therefore, the Senate did not have two-thirds or 21 of its members, which is necessary for them to hold sessions. The killer bees carried out their mission to break the quorum and defeat Hobby’s attempt to pass the new bill. The rest of the book describes their hiding in the McDonald’s one-room apartment and the call placed on the Senate issuing a statewide search involving the DPS for the missing Senators, including Longoria, who sided with the bees and Brooks, who was in Oklahoma and kept his intentions covert to everyone. Two Senators need to be found to conduct business in the Senate, giving them two-thirds attendance. Heard offers many accounts of Hobby and the remaining Senator’s anger and disgust of the current situation.

Finally, after four days with no sign of the Bees, Brooks back from Oklahoma claims he had no affiliation with the Killer Bees and their cause but had just found out about the happenings in the Texas Senate.

He set up to meet with Hobby that night to talk about negotiations for the Killer Bees’ return. He acts as spokesman for the Bees, though never discusses this with any of them or even makes them aware of his conference. Brooks never actually associating himself with the Killer Bees and seems to have waited for either another senator to be caught or a popular opinion from the public to be visible, following the general rule in politics. The next day Hobby was ready to negotiate after also receiving a call from Gene Jones. He remained hidden but split with the other nine in McDonald’s apartment the first day because the compact living conditions were intolerable.

Schwartz called Hobby they discussed the conditions of the Killer Bees return: none of the Killer Bees could make personal privilege speeches against Hobby or any of the other senators, the call on the Senate would be lifted, and the Senate would handle routine business at a time after 3 p.m. letting the Bees have a press conference to share their feelings with the press, and the 1149 bill would then be laid out for a second reading, but no further moves could be made without the traditional two-thirds vote to suspend the rules.  This was agreed upon, and the Bees came back to the Senate.

The 1149 bill did not receive sufficient votes for the two-thirds majority and was killed in the Senate. This gives the impression that the popularity of the Killer Bees might have influenced whether the senators should oppose the bill, again wanting to please the Texas voter. Their reputation was strengthened through the press’ support of the Killer Bees. Heard writes,

The Dallas Times Herald came down much stronger, saying the Bees “deserve to be remembered as heroes” for the “rigged presidential primary.”(81) Another possible explanation for their popularity would be the Killer Bees’ actions show a certain rebellious and unconventional behavior that grabs the attention of the people, deviating from the predictable, seemingly boring routine of a congressional office to those that follow politics closely. The Killer Bees often deceive the public about their intentions and against Hobby; for example, Schwartz’s press statement:

We understand that some of the Senate members have been prompted to speech-making about all the beautiful bills not being considered while the rest are protecting Texas from an unwanted, rigid invoice. There has never been any question of our willingness to work under the same rules we started with this session. Laws require a two-thirds vote in the Senate to be considered, but now the pressure is on, and the rules have been changed in midstream for one.

The Senator claims the Lieutenant Governor changed the rules midstream; however, the switch is justified constitutionally.

If the constitution calls for terms unfavorable to Texans, what better place to work for change than a state senator? He later goes on to say the senators favoring the bill are trying to save their political career at the voter’s expense. Yet, the rejection of this bill will strengthen the vote of moderate and liberal Democrats.  It would seem that living in a 19 by 14-foot room with eight other men for five days to avoid an unwanted bill as a reasonably liberal action. The Five Million dollars appears incredibly large when alone; however, after divided by all the taxpayers in Texas comes to be greatly minute.  In 1980 the Texas population stood at 14,229,191, according to Texas Census records.

Heard’s account of the “miracle” of the Killer Bees shows blatant favoritism of not only the Democratic party but the moderate to the liberal side of it.

Heard exonerates the actions of these 12 senators. These Texas senators’ reactions resemble a small child when he sees something he wants, but knows can not have. First, the child will try to take it without confronting anyone about it; similarly, the Bees work to filibuster, not letting anyone even have a say in the matter.

When that does not work, the child will be downright stubborn and obstinate, not cooperating, crying “that’s not fair” and making the parent look guilty in front of peers and those they respect. For the same way, the twelve want the bill for their favor. When they find out they can not have things how they want, they refuse to cooperate with Lieutenant Governor Bill Hobby and the majority, apparent authority in the Senate. The Bees then cried not to Hobby himself, but to the media and the public, whom Hobby had to honor and appear loyal to. As a parent might give in to a whining child to regain cooperation and tend to more critical matters, Hobby, having more pressing priorities, must also give in to the senators to restore their assistance to accomplish priorities. The difference between the child and the senators is that a child has not yet learned the skills of persuasion, and the senators have made a career out of it.

Heard’s use of the media in the account depicts only one side of general opinion. Robert Heard himself is a news writer. Any event that calls for news coverage is already kind to one who works for the media.

Important happenings attract the public eye. To win viewers, listeners, or readers concerning stories of conflict, the media picks a victim and an assailant and then imposes their side of the story on the public. As though fiction, the writer, or newscaster only portrays characteristics corresponding with the perceived connotation of good and evil or right and wrong. In this incident, those who claim to be taking the side of the people and working for justice in the Senate are easily targeted as victims of Bill Hobby’s selfish and unfair personal wants. When this preconceived notion is already in the heads of Texans, little room is convincing otherwise. Heard ‘s description of the nine Senators living in the tiny apartment, which is likely to make an interesting reality show, is amazing; however, his specific sources and concise characterizations are amazing make for good reading but little room for personal interpretation. In a nonfiction book on political persons and events, the information should not be blinded by an author’s viewpoint. The facts should speak for themselves.