The entrepreneur is an organizer. He is the person who organizes production by bringing together the other three factors of production, land, labor, and capital. According to Benham defines an entrepreneur as a person who controls the policy of a firm. In this paper, we will discuss entrepreneur, Schumpeter’s theory of entrepreneur, Israel Kirzner’s approach, and in the last, we will compare both the methods.

What is an Entrepreneur?

An entrepreneur performs the following functions: 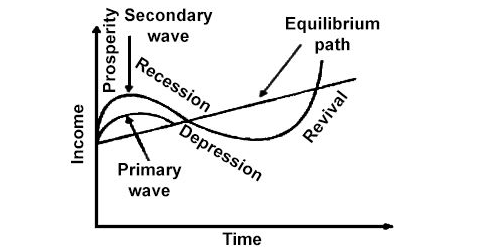 Discussion About Schumpeter’s Theory of Entrepreneur:

Schumpeter presents entrepreneurs as innovators; that is, those who desire to change things or do things differently. According to Schumpeter, an entrepreneur is someone who implements a new mixture of means of production. Curran claimed that the word entrepreneur should be retained for those small business owners who are creative and opportunistic in resource organization or in the chase of new products and services of profit, and others that are not innovative and merely offer recognized and services to existing markets are only small business owners.

Schumpeter’s interactions with the thoughts of other economists were relatively complex in his most essential contributions to economic analysis were the theory of business cycles and development. After neither Walras nor Keynes, Schumpeter starts with a circular flow paper in The Theory of Economic Growth , which leads to no inventions and creative behavior an inactive state. The idle state is, according to Schumpeter, explained by Walrasian equilibrium. The superman of his story, though, is, in beautiful Austrian fashion, the entrepreneur.

The entrepreneur upsets this equilibrium and is the reason for economic development, which proceeds cyclically along with several time scales. Schumpeter kept alive the thoughts of the Russian Nikolai Kondratiev on 50-year intervals, Kondratiev waves, in fashioning this theory that connects inventions, cycles, and growth.

Schumpeter offered a framework in which the four primary cycles, Kondratiev, Kuznets, Juglar, and Kitchin, can be combined collectively to form a merged waveform. There was the significant professional competition between Schumpeter and Kuznets. The waveform presented here essentially did not include the Kuznets Cycle because Schumpeter did not recognize it as an acceptable process (for clarification, you can see “Business Cycles”). A Kondratiev wave could comprise of three lower degrees Kuznets waves. Each Kuznets wave itself could be simulated by two waves of Juglar.

Similarly, a greater degree of Juglar wave may be represented by two or three Kitchin waves. If each of these were in stage, more prominently, if the downward arc of each were concurrent so that the lowest point of each was concurrent, it would make clear disastrous slumps and resulting depressions. As far as the segmentation of the Kondratyev Wave, Schumpeter never planned such a fixed model. He saw these cycles unstable in time – although in a rigid time frame by chance and for each to serve a definite purpose.

So in Schumpeter’s theory, Walrasian equilibrium is not satisfactory to detain the critical mechanisms of economic development. Schumpeter also thought that the institution allowing the entrepreneur to acquire the resources needed to understand his or her mental picture was a well-developed capitalist financial system, as well as a whole range of institutions for granting credit. One could split economists among:

Schumpeter’s theory is that the victory of Capitalism will direct to a shape of corporatism and a development of values aggressive to Capitalism, mainly among intellectuals. The intellectual and social environment required to permit entrepreneurship to thrive will not survive in advanced Capitalism; it will be substituted by socialism in some shape. There will not be a rebellion, but only development in parliaments to vote for social democratic parties of one stripe or another. He suggested that Capitalism’s fall down from within will come about as republican majorities vote for the formation of a welfare state and put limitations upon entrepreneurship that will burden and annihilate the capitalist structure. Schumpeter highlights that he is analyzing trends, not charming in political advocacy. In his visualization, the intellectual class will play an essential role in Capitalism’s demise. The word intellectuals indicate a type of person in a situation to build up critiques of societal matters for which they are not directly accountable and capable of standing up for the interests of strata to which they do not belong. One of the enormous advantages of Capitalism, he argues, is that as contrasted with pre-capitalist periods, when education was a freedom of the few, more and more people acquire knowledge. The availability of fulfilling work is though restricted, and this, coupled with the experience of unemployment, produces dissatisfaction. The intellectual class is then capable of organizing complaints and developing severe ideas.

In Schumpeter’s observation, socialism will make sure that the production of goods and services is directed towards meeting the real needs of people and will conquer some inborn tendencies of Capitalism such as conjecture variation, unemployment and fading acceptance of the system.

The theory of entrepreneurship cannot be wholly understood without his offerings, is most likely the first scholar to extend its arguments. He offered two methods, sometimes called Mark I and Mark II. In Mark I, Schumpeter stated that the innovation and technological change of a nation comes from the entrepreneurs or wild spirits. He came up with the German word Unternehmergeist, known as entrepreneur-spirit. He believed that those people are the ones who devise ideas for the country’s economy to function. In Mark II, afterward, in the United States as a professor at Harvard University, he stated that the ones who move the innovation and economy are the big organizations that have the resources and capital to spend in research and expansion. Both theories might be complementary today.

Pros and Cons of Schumpeter’s Theory:

As we have explained above, Schumpeter’s work was hugely influenced by a critical review of equilibrium theory. We have some find out about the Schumpeter’s theory:

When we seem back to the accessible literature at that time, Schumpeter’s entrepreneurial idea is a mixture of, firstly, Say’s and Badeau’s work and, secondly, the analysis connected with the Austrian school. Schumpeter’s entrepreneur was and presently is the most famous thought. For that reason, we also take it as the intellectual foundation for our framework. There is another economist to be pointed out in this framework is Israel Kirzner.

There is an old debate, to a certain extent stirred up by Kirzner himself, about what the critical difference is between Schumpeter’s and Kirzner’s entrepreneur. Both Schumpeter and Kirzner took up the Austrian analysis of the standard equilibrium theory. While Schumpeter urbanized a-to our minds-more broad approach to entrepreneurship that was based on economic change, Kirzner emphasized on the market development.

Equilibrium theory ignores market processes. If all strategies of economic actors are equivalent, then there is no need for markets. In a state of disequilibrium, on the other hand, actors’ plans do not match. They have to be repeated and modified to the new market situation. An economic manager has to change their minds always, and this produces a dynamic practice that Kirzner calls the market process (Kirzner, 1973). This represents that a Robbins-type of maximization calculation is impracticable (von Mises, 1959) explained this problem by initiating human action (Barreto, 1989).

Moreover, the agents’ effort to analyze economic problems, they are also attentive to opportunities. Once an industrial representative identifies a market opening, he takes action on it to improve his position. Opportunities are copious in a condition of disequilibrium. That is where Kirzner’s entrepreneur appears. Although von Mises acknowledges the capability of human action to every economic representative, Kirzner limited it to a particular set of agents that he marked entrepreneurs. Therefore, the entrepreneur as an arbitrageur that equilibrates the marketplace was born (Barreto, 1989).

Comparison with Kirzner’s Theory of Entrepreneur

According to Schumpeter, the entrepreneur was a disrupter. He splits an existing, evenly-rotating system. Paul Samuelson has a symbol for Schumpeter’s vision of the world. Schumpeter saw the entrepreneur as the person who is doing the resolving from a tight position, producing the change. All the vibrations are credited to his activities.

Initially, Kirzner highlighted the other side of the subject. The entrepreneur produces a tendency to re-establish the evenly-rotating system to a new stage or a new pattern. But it is the re-establishment, not the disturbance that is brought about by the entrepreneur.

(Kirzner, 1999) distinguished the Schumpeterian entrepreneur, as the leader and the imaginative destroyer of equilibrium, from his own, the equilibrating entrepreneur attentive to market opportunities. As a subject of point of view, if we permit alertness to market opportunities and the representative implied human action to be part of innovativeness, ignoring the question of whether a state of equilibrium in an active economic world will ever be reached earlier than another dynamic entrepreneur comes to prevent the economy from balance, it would leave us with the showpiece of the Schumpeterian dynamics of economic change, i.e., the entrepreneur. On the other hand, Schumpeter’s stream of consideration is as follows: no entrepreneur-no innovation-no dynamics-no evolution.

From the time when economists started to theorize on human actions, they have been looking for constancy in theory. What classical theorists could not accomplish, neoclassical economists accomplish something. The trivial school and meticulous, the Walrasian general equilibrium theory eradicated the deficiencies in terms of discrepancy within economic theory. They supervised to purify the hodgepodge of classical thoughts to real unity, but-as we have discussed above-at the cost of the entrepreneur. Yet, if we stop on the equilibrium thought, for the sake of the entrepreneur, we might run the risk of losing reliability as an outcome. Then, we have to do disequilibrium economics devoid of such an influential mathematical apparatus as that of the neoclassical school. Equilibrium requires action, which is most desirable. Ideally, ethical conduct requires reasonableness. Ideal reasonableness requires perfect foresight and knowledge. Despite which of these suppositions, we calm down, at the same time, we question the strength of the enduring ones, and, even inferior, and we ask the methodological method. These doubts can be confirmed when we seem at the existing literature, which offers a framework for entrepreneurship and, at the same time, discard the equilibrium thought.

US Franchise Opportunities in Saudi Arabia