In December 1911, just five years after the earthquake of 1906, San Francisco Symphony (SFS) began operations and had grown to become one of the largest international orchestras (Schmitt, p 6). The company won the ‘Best Choral Recording’ Grammy Award in 1993, and its recording label (SFS Media) has now won 8 Grammys (Schmitt, p 6). The international artistic reputation has not contributed to financial stability budget deficits due to high growth in expenses. In 2011, SFS filed for Chapter 11 bankruptcy protection due to a challenging operating environment (Schmitt, p 1). The company is committed to introducing children to music. The company is facing a deficit and should implement strategic decisions that will lead to financial stability and maintain the musical experience. The corporate directional strategy is aimed at a decrease since the company is facing high growth in expenses and deficits that may lead to the closure of operations. The building blocks for SFS competitive advantage include the high international reputation, artistic performance and programs that are targeted to different age groups. The functional strategy targets diversified customer age groups that include children, families and youth. 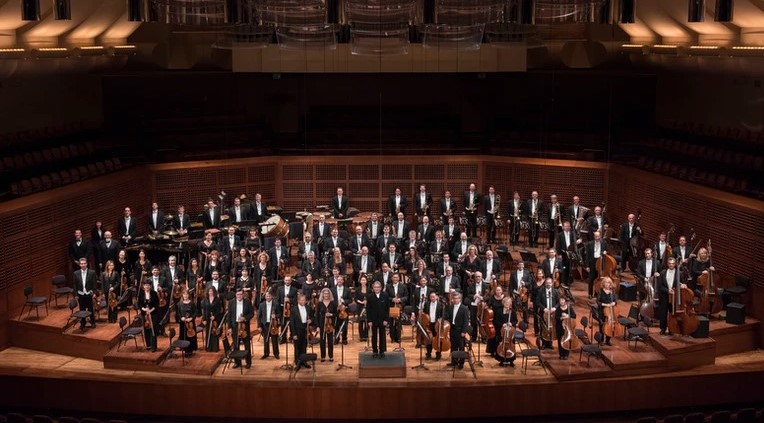 The industry is characterized by a declining subscriber base for concerts, which forms the core product of artistic performance. Symphonies are experiencing challenges in attracting the younger generation and growing their subscriptions due to changes in lifestyles and desires (Schmitt, p 5).

Another trend in the industry is the increasing musician costs that have led to operating deficits for 9 out of 10 of the orchestras in the US. Musician’s salaries form 50 per cent of the operating costs and have increased substantially due to the need to retain talent and meet trade union demands (Schmitt, p 5).

The industry is characterized by poor working relationships among musician unions, boards of directors and management staff. This trend has led to musician strikes (Schmitt, p 5). For instance, the Detroit Symphony experienced a six-month attack in 2011. The Chicago Symphony Orchestra experienced a 48-hour strike that culminated in an increase of musician salaries without additional responsibilities like community outreach. SFS suffered a 2week attack in March 2013, leading to the cancellation of the East Coast tour and performance at New York’s Carnegie Hall (Schmitt, p 6).

The corporate strategy of SFS is aimed at ensuring the highest possible standard of excellence in music performance across the globe. The company has a range of musical styles and innovative approach to music presentation (Schmitt, p 12). The SFS must appeal to a younger generation through outreach programs.

The business strategy is to maintain financial stability through growing concert revenues and to control the operating costs. The company is committed to serving and shaping the cultural life of Bay Area communities while introducing music to children (Schmitt, p 12). If children are interested in music, a new subscription base can be grown.

The functional strategies that have been implemented include the diversification of the concerts to specific groups such as kids, families and youth. The company desires to create an environment that encourages artistic growth by providing training and support to upcoming youthful musicians (Schmitt, p 10). This also brings in a younger client base.

The five forces analysis is a marketing tool that is useful in analyzing the attractiveness of an industry. The threat to new entrants is low because of high financial outlay needed to establish operations such as the musician wages, costs of instruments and marketing costs. The bargaining power of suppliers is high since musician unions have bargained for higher salaries that have led to an annual increase of between 4-5 per cent of musician costs (Schmitt, p 7). The bargaining power is high due to the availability of alternative channels of music distribution and the poor working relationships with the unions (Daft, 2009).

The bargaining power of buyers is also high due to the high inflation that has led to an increase in ticket sales. The buyers have various entertainment options and musical performance offered by the multiple orchestras is undifferentiated. The threat of substitutes is high due to the availability of other Orchestras in the US and different musical entertainment options such as live concerts of travelling orchestras, the Internet. Music downloads The degree of rivalry in the market is high since the companies are of relatively equal size, and the industry is characterized by a higher percentage of fixed costs that include musician costs. The exit costs are high due to similar products like the Siberian Orchestra that travel worldwide.

SFS has high brand recognition due to superior and thrilling live performance across the world. The company is experiencing a deficit in its financial performance due to the decline in subscription for concerts and an increase in operating costs. The company has various shows targeted explicitly to kids, families, schools and youth (Schmitt, p 10). A younger audience needs to be cultivated to retain a growing client base.

SFS has gained an international reputation for its artistic performance that includes live performance and recordings. SFS forms part of San Francisco cultural life and has a season of 52 weeks. SFS has attained high customer awareness due to its educational program (Adventurers in Music) that aims at introducing children to the musical world. It is also a brand for the San Francisco area. The years operated are a strength.

SFS is facing various weaknesses that threaten its ability to end the deficit by 2018. One of the weaknesses is the dependence on the traditional model for classical concerts that are facing challenges in growing concert income. SFS relies mainly on concert revenues and does not earn commissions for food and beverage sales in Davies Symphony Hall (Schmitt, p 7). Children are not as interested in an orchestra without all the fancy lights and fireworks. Focusing on children in the future.

Another opportunity is to improve working relationships with various stakeholders to negotiate for reduced musician wages and salaries. Youth talent should be encouraged to gain a younger clientele. Another opportunity is the reduction of marketing costs through the use of modern marketing technologies such as the internet and social media platforms. The company should grow revenues through the use of additional distribution channels such as the radio, television and online platforms that will broadcast the live concerts (Schmitt, p 10). Another way to raise money is fundraising and venue sales.

The company is facing various risks that may hinder the attainment of its strategic objectives. For instance, the possibility of implementing another endowment campaign is limited while the investment returns are volatile. There are tensions among musician unions, boards of directors and management staff, thus making working relationships across the industry difficult (Schmitt, p 5). The individual and corporate donation base are declining, and the company has little opportunity of receiving public-sector grant due to the current political environment that is aimed at maintaining fiscal austerity. The existing cliental base is ageing. Children are not having an interest in live orchestras in a significant threat.

SFS is committed to adhering with the highest possible standards of ethics in its operations since it contributes towards music development in the communities. The company organizes annual free concerts to attract audiences in venues such as Dolores Park, and Stern Groove (Schmitt, p 11).

SFS is facing serious financial problems due to increasing costs and stagnant revenue growth. The company filed Chapter 11 bankruptcy protection since it has been operating on a deficit (Schmitt, p 1). SFS revenues for 2013 stood at $ 65, 686,712 while the expenses totaled $ 70, 830,552. In 2013, the company recorded a deficit of $ 5, 143,840 (Schmitt, p 9) through the educational programs that include Concerts for Kids, Youth Orchestra, and Adventurers in Music (AIM) (Schmitt, p 10).

The first strategic alternative for SFS is to control the rising musician costs through forming long-term partnerships with the unions and growing own talent. Musician unions should be cultivated and motivated to work within the SFS’s budget. The third strategic alternative that is available for SFS is to target a particular niche market, such as the youth orchestra market. This will require the company to fund the development of youthful music talent through the use of auditions, rehearsal centres and informative talks on the importance of music in the cultural life of the society (Schmitt, p 10).

The company should maintain it is classical and differentiate live performance and also promote the development of youthful talent.

SFS has international recognition and reputation for musical performance and thus should set high standards for excellence in an artistic musical performance that will enrich and shape the cultural life in the markets of operation. The company should encourage creativity and reward excellence in the industry by investing in the development of youthful and talented musicians.

The company should diversify the revenue streams such as earning commissions from the venue providers, using digital media to resell the performance recordings and organizing global tours.

The company should maintain financial prudence by controlling unnecessary expenses and creating good working relationships with all stakeholders in the industry. For instance, good relations will enable the company to negotiate down the musician costs and avoid concert cancellations due to musician strikes. The musicians will be able to enhance their corporate reputation by participating in community outreach activities.

The company should form partnerships with music academies and provide the necessary training to youths interested in pursuing music as their career. The company should provide free equipment such as music stands, mouthpieces and reeds to youth in the Bay Area to attract young talent.

San Francisco Symphony is committed to setting the highest standards of excellence possible in a musical performance that will enrich and shape the Bay Area cultural life. The company aims at attaining and maintaining global recognition through the use of various musical styles and innovative presentation of music. The company has provided opportunities for communities to participate in music and targets groups such as youth and schools. SFS should maintain artistic integrity while investing in community projects.

Tips on Writing a College Essay