Urban planning is an integral tool for the realization of sustainable development in any city. This allows city leaders to create not only medium-term but long-term city priorities that suit the city’s shared vision as a whole and within the city’s resource pool. Planning also assists in utilizing municipal budgets to the maximum. This is achieved by balancing growth demands with the desire to conserve the environment through informing service investments and the infrastructure of the city. By spreading economic development in the city appropriately, social objectives are able to be met and in so doing, a collaborative framework between the general public, the private sector and the local governments is achieved.

Essentially, urban planning enables leaders to implement the collective vision of a city by utilizing the scarce resources available to the city, to foster economic and social development through collaborative engagements with interested stakeholders. In addition, through conscious planning, risks can be mitigated earlier to ensure connectivity between short term activities and the long term vision of the city. A good example of a general plan that is a road map for future long term success is the San Diego 2020 Plan. 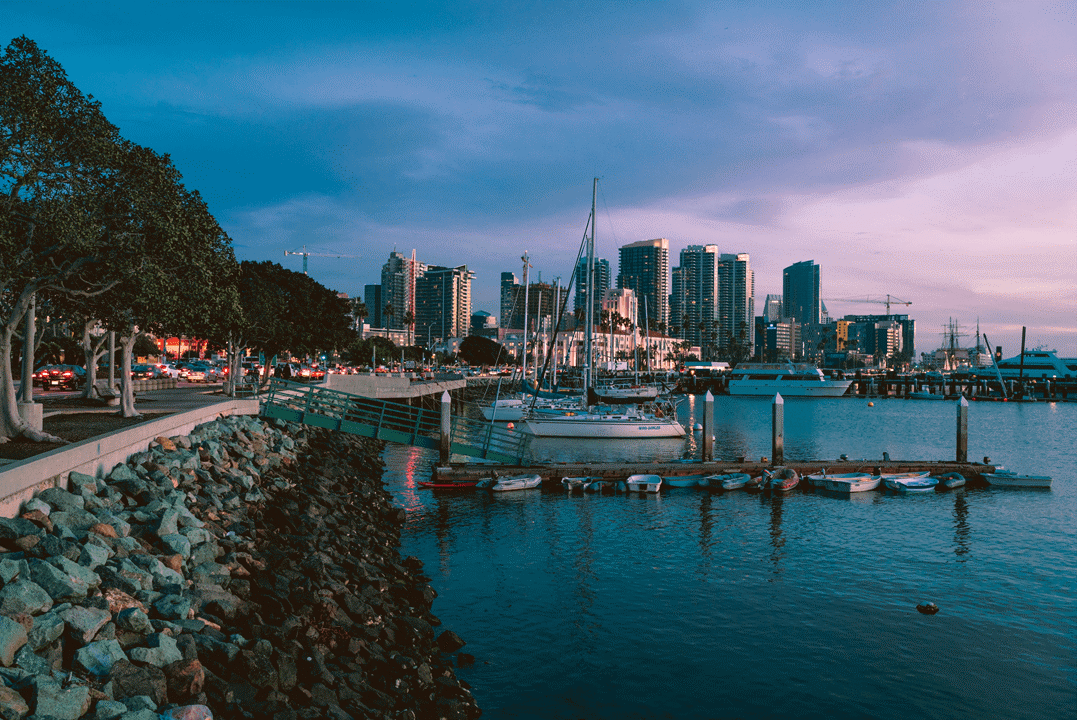 The San Diego General Plan, also termed as the 2020 General Plan of San Diego, has been subject to a number of modifications over the years. A number of changes have been made over the years and continue to be made in order to match the evolving needs of the occupants of the City of San Diego and its environment. Great focus has been placed on the sustainability measures, so that the policies adopted by the local governments can be aligned with the universal climate variations. The aim of the general/master plan is to highlight the city’s diverse and unique landscape which comprises of river valleys, hills, mountains, dessert, estuaries, beaches, mesas and canyons. It has been stated that the city’s unique landscape coupled with its transportation network, are the main factors that define San Diego as a city and the communities that live in the city.

The landscape, the transportation networks and the communities in the city form the framework that links the entire city together. The biggest challenge in developing an extensive functional framework has and continues to be the landscape of the city. Therefore, the San Diego General Plan aims to establish policies that enforce the utilization of the land, provide and maintain city services, improve the quality of life of the residents and maintain/improve the man-made and natural environments.

The vision statement of the general plan is comprised of regional mobility, human capital, livable communities and efficient governance. The theme of livable communities incorporates a number of factors which when combined together, are responsible for structuring the citizens’ quality of life. In addition, it is what entices people to live in a particular area and shun another area. The section on livable communities covers concise factors that include land use, housing, transportation and recreation parks (General Plan 2020 8).

The four sections have distinct roles that they play in ensuring that the city is livable to the citizen of San Diego and to other prospective residents. Even though the sections have different goals, they share a common goal of ensuring that San Diego is one of the most conducive cities to live in the world. A livable community possess some of these characteristics-safe, clean, walkable and offers easy accessibility to services like jobs, schools and other basic needs. In addition, a livable community is cost effective to the local governments and the citizens who live in it, which gives the city an economic advantage over other cities. A community’s livability is derived from its distinct homeliness and livable communities are developed through decisions made by developers, residents, local authorities and an effective planning, achieved through a comprehensive general plan such as the 2020 San Diego General Plan.

The recreation element is key to the prosperity of the city of San Diego. The plan aims to protect, preserve, acquire, maintain, operate and develop opportunities for public recreation activities for all city users. The city has more than 38,900 acres set aside for open space lands and parks. The facilities offer a wide range of recreational opportunities that on an annual basis, serve millions of tourists and other city dwellers. The recreational services offered by the city are used to improve the environment and the overall health (mental and physical) of the city dwellers of San Diego. Parks offer a location where city dwellers and other people can relax, perform physical exercises which are instrumental in the mental and physical health of a person (General Plan 2020 32).

In essence, parks are responsible for improving the quality of life of many civilians and by developing parks adequately, the city officials will be improving the health of their citizens. In terms of the mental and social benefits accrued form open space lands and parks, city dwellers are able to be provided with a kind of temporary relief from their day to day city hassles and urban developments, by indulging in recreational opportunities that may be passive in nature and also refresh their minds. Parks are often used as meeting places for social interactions among all age groups and in some instances, especially among the youth, they provide a venue for sports and games and thus dissuading them from indulging in other vices like crime and drugs.

Besides offering a recreational location for the city dwellers, parks and other open space areas provide a habitat for animals and plants, which is very beneficial to the environment especially in the wake of the encroachment of the effects of global warming. Urban heat islands effects are also offset by the parks. In addition, the recreational facilities improve the ability for the city’s business to thrive courtesy of tourism, which is as a result of the livability factor indicated earlier. The environment of San Diego is very scenic, from its diverse topography, coastal location to its temperate climate. All these factors help to develop the city’s world class park system for dwellers of San Diego and tourists. The goals of the recreation factor are structured in such a way that they fully utilize the city’s natural resources, in order to enhance the existing park system that is flexible enough to accommodate the needs of the city as it grows in size and population. The open space areas, which are located throughout the city, are for the purpose of protecting and preserving indigenous flora and fauna, while also providing of enjoyment and public access, achieved through activities like hiking, trailing through eco systems and biking (General Plan 2020  34).

The other core component of livability is transportation. A highly connected transportation network ensures that the various parts of the city are easily accessible, so that one is able to move from one area to another. The strategies to be adopted suggest the need for infill, growth and redevelopment that is targeted on walkable villages which are linked to a regional system of transit. The villages increase the choices for personal transportation while minimizing the effects of transportation via design. The design is in such a way that it promotes different systems of travelling such as through cars, bicycles, walking and in transit, enhancing the mobility of the city dwellers and essentially improving the allure of the city and its livability factor. The development is focused in densely populated areas and near transit stops to connect people with their homes, places of recreation, work and shop. Consequently, it makes transit cheaper and more convenient for the city dwellers and other people such as tourists. In addition, it provides an opportunity for transit services to expand, which is more cost effective.

In terms of housing, there is a diverse set up of housing types which are suited to numerous households in accordance with their income levels and generally their financial capability. Through balanced communities, San Diego can be able to achieve equitable and fair distribution of resources in the society. It also assists in increasing the number of city dwellers who have easy access to their places of work and other recreational places such parks and shopping areas for their basic needs. Housing in commercial areas enables people to live in places adjacent to their places of work and thus increasing the accessibility and frequency of neighborhood services and shops. This strategy makes use of both land and transportation by integrating land use planning and transit. One is able to easily identify centers for conducting commerce, community activity centers, corridors and family-inhabited residential areas that are located near the cities planned and existing transit services (General Plan 2020 45).

There are numerous initiatives by the city officials aimed at facilitating balanced, yet diverse communities in San Diego and increasing the distribution and supply of affordable housing. Through initiatives by the city, the development of housing has led to the creation of small villages in certain areas. This has ensured that the residents enjoy housing and employment benefits resulting from balanced communities on a far larger scale. In addition, residents enjoy services such as better connectivity to services and jobs from their homes in the entire city. As a result equitable development has been attained via the provisions and policies of the General Plan.

The land use factor establishes the structures which will enhance the diversity of the city, while also including the policy which is to be used in governing the creation of the community plans. Additionally, issues related to policy enforcement, zoning, fair neighborhood expansion laws, airport land use, environmental justice and sustainable growth to meet the needs of the entire San Diego population are also discussed.. In addition the coastal area is also covered to ensure its equitable and sustainable use. Land use also extends to agriculture, commercial employment which facilitates the utilization public and informal facilities and industrial areas. This enhances the maximum utilization of land and equitable distribution of the land among the various diverse communities of San Diego (General Plan 2020 23).

From the analysis of the General Plan of San Diego, it is quite clear that the only way forward for any city, in terms of economic and social progress, is through the development of a comprehensive long term master plan that encompasses every aspect of the city. This refers to the transport systems, the housing sector, the urban design, security, recreation facilities and many other sectors, for the prosperity of the city, the citizens and the community. It is no wonder that the San Diego General Plan is among the best in the world due to its detailed and collaborative approach.