Russia is one of the strange collaborators in international climate diplomacy since it technically belongs to the side of neither the industrialized countries nor the developing countries. Officially, Russia enjoys a distinctive status of “transitional economy,” implying that its emission moderation obligations should be comparatively flexible. Therefore, it does not need to provide finances for developing nations, the same way developed nations do. Actually, the country’s emissions minimized by almost 40% in the 1990s following the post-Soviet breakdown of its industry and economy [1]. In spite of this, Russia remains one of the main greenhouse gas emitters globally.

In Kyoto-1 protocol, Russia’s target for minimizing emissions meant indeed not exceeding a certain emissions level rather than real emissions minimizations, since the goal was distinct in relation to 1990 pre-collapse year. In Kyoto-2 protocol, Russia did not sign due to perceptions concerning its ineffectiveness in answering the climate change issue and the need to emphasize on a new comprehensive agreement applicable to every major emitter (particularly the US and China). 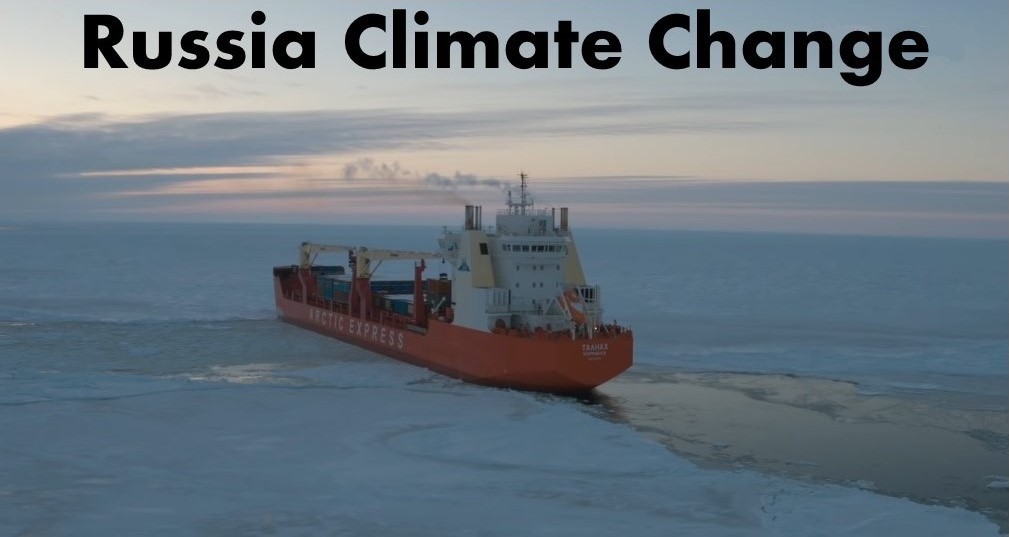 With the U.S. and China playing the leading role in the climate-change summits and India and Brazil playing an active role, Russia will be the biggest polluter and the only key power not assisting to solve the climate crisis. Then, Russia gave an even more unsatisfactory message at the preliminary round of climate talks in Copenhagen. The country’s delegation head, Mikhail Zelikhanov, who is a parliamentary deputy of then Prime Minister Vladimir Putin’s URP, questioned the basic principle of the struggle against climate change claiming that scientific circles within Russia and elsewhere do not have a joint opinion on the global warming causes [2]. In the Danish Parliament Hall Zelikhanov told the group of lawmakers from 16 nations. He suggested that a global panel be created to find out if global warming was being instigated by human activities and if it could be averted by cutting pollution.

Domestically, climate change has certainly not received appropriate attention at a policy level in Russia due to: the marginalized environmental issues status in general; the substantial role of fossil energies in its economy; inadequate knowledge and often ordinary ignorance about the climate change science and available climate policy opportunities; and a firm, although unfounded, conviction that climate change if anything can bring only benefits. Although Russia has embraced a series of appropriate policies and statutory documents such as the Climatic Doctrine and the latest presidential decree that enforces the emissions targets for 2020, these have been mainly declarative naturally and led to diminutive follow-up action [3]. Policy-makers in Russia have so far been incapable of seeing benefits and prospects opening up by turning to be a low-carbon economy, as well as green innovation, clean energy markets, and carbon pricing tools.

At the same time, decarbonization policies in the energy sector such as phasing out ineffective coal power plants, growing energy efficiency and increasing renewable energy have numerous economic, energy security, other than environmental benefits, and do not require to be compelled by climate considerations intrinsically. The Russian economy’s energy efficiency potential is estimated at a huge figure of 45%. Realizing this potential can not only increase the economic competitiveness (as well as make available more fossil fuels to be exported) but also lead to noteworthy emission reductions: the State Program on Energy Efficiency & Energy Sector Development adopted in 2013 predicts 393 million tons reductions of CO2eq by the year 2020 owing to the measures envisioned in the program. Eventually, for climate change, what driving aspect is behind increasing energy efficiency is diminutively important if it brings the same set of climate-related benefits.

On the effects’ side, Russian policy-makers recurrently display assurance that climate change effects will be affirmative for the country, denoting to new opportunities in their resource explorations and transportation in the warming Arctic, new lands for agricultural investments and less fuel required for winter heating. Available expert analyses though depict a different portrayal: Roshydromet concluded that majority of climate change effects in Russia will negatively affect economic development and the public health, as the benefits mentioned above occur alongside with a surge of extreme climate and weather events like droughts and floods, heatwaves, infrastructure and communications damage in Northern of Russia due to permafrost dilapidation, and species displacement [4]. Overlooking the climate change aspect in adaptation planning can stir a huge economic loss. For instance, damages from forest fires occurring within the unusually hot summer in 2010 are estimated to be about 500billion rubles or around1.2 % of Russian GDP at that time [5].

Despite these multiple grounds for minimizing greenhouse emissions, there still have to be a global outline for catalyzing and coordinating climate activity and guaranteeing it is satisfactory for slowing down the growth of emissions as well as aiding the most vulnerable nations to cope with adverse effects. The on-going negotiation progression under the UN will possibly result in some sort of a climate change treaty by the end of 2015. Nevertheless, given profound conceptual differences between industrialized and developing nations and the fact that to this point the decisions are made in regards to the least common denominator, it is uncertain that this treaty will be an effective international tool for preventing the treacherous climate change.

In international climate diplomacy, wait-and-see Russia’s position is also narrow-minded. Devoid of active participation in modeling a climate policy structure, Russia risks remaining behind the carbon regulations development and related clean energy economies while locking its own prospect in carbon-intensive and inefficient infrastructure, technologies and processes. Its political ambitions for a global power status also need more active participation in issues of global apprehension. Russia could further contemplate adopting a stronger attentiveness in climate finance discussions as it can assist nations of economic or political interest with climate adaptation plans making aid money more perceptible and leveraging on such links.