Role of Women in Armed Forces of Britain United Kingdom

Introduction to the Armed Forces:

The army forces of the United Kingdom, from the military are working for the defense of the people and country. 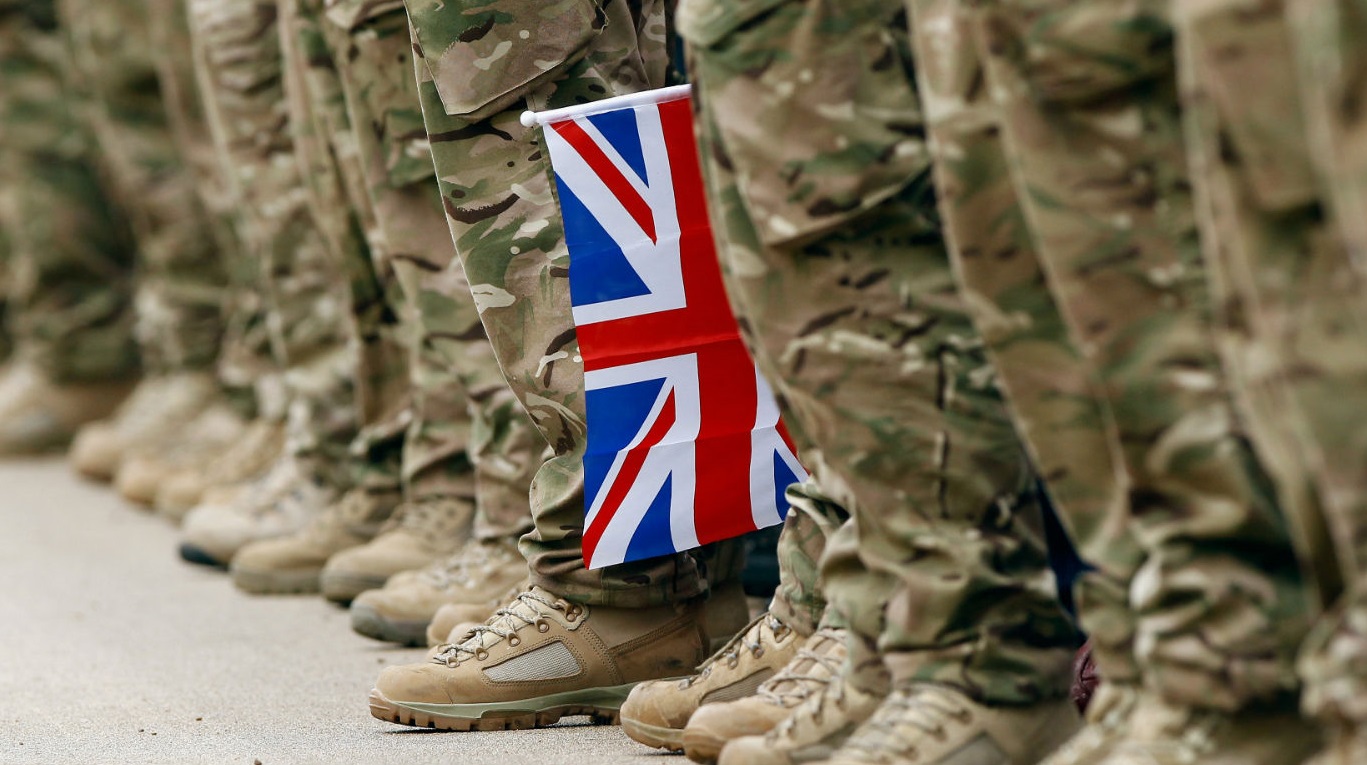 Army forces not only protecting their country but also sustaining for worldwide care of different communities. UK army is also called the Royal Navy and the blue-water army. Water army because they have ships, which are specially, made. Armies are very sophisticated and have great knowledge of technology. Information about new technologies is given to the army, so they can stay up to date with the other armies of world. They also have professionally designed aircrafts. The British army lives in army head quarters. A secretary managed the armed forces by the Ministry of Defence through Defence Council. The army of UK is very strong they are fifth nuclear power.

The Role of Women in Britain Army:

Equal Opportunities for all:

There are equal opportunities for all in the military. Army could only get success if they give equal opportunities to all. There should be no difference in classes, racial or sexual groups. For the blacks there are less opportunities then white, UK army is trying to finish these differences. Black men are successful in the history and have success stories in the military services. They prefer talent and hard working candidate than racial classes. The people, homosexual are also welcome in army if they are competent and have sense of belongingness towards their country. There was a time when black were treated in army unfairly as a lower class people or as second class soldier but slowly the concepts have been changed in the society, the black who were treated inferior are now getting equal opportunities if they are capable to perform their duties

It was also a falsehood, that black men lacked mental ability, they are not disciplined they are not brave and can never fight like white soldiers. However, when for war, army need more men, they recruited some black men in large number, the military then come to know that black men can also fight. It was successful experiment on them and leaders got satisfied. Black men then paid less in army as compared to white men. However, from many years, they are paid equally because when they participated in wars and succeed then military officers come to know that they not only fight but they fight well. Black men got so many medals for their good performance in army. White soldiers often pointed on black soldiers that they cannot fight and can never be good soldiers, but they are then proved wrong when black men showed what they could actually do. Now black men walk with white men in combat shoulder to shoulder confidently. In 1944, the navy then discouraged the recruitment of black people; blacks were not given the jobs of front line duty. Because of the military requirement, when black were also participated in the battle and fought successfully then military began to think seriously that they were wrong and all were because of foolish racial stereotypes. Executives also said that army would serve people without the regard to religion, caste, color, creed and national origin. The services now given to the black men and white men are on equal basis. Opportunities are given to them so that they can prove their selves. UK military struggle against racial injustice.

Whenever there is name of equality, the first thing come in our mind is women; women have spent many years in serving the military. Women have best mental, physical and emotional ability to achieve their targets and plans; their nation is their priority, so they defend their nation as they have only this mission in world. What they do, they do with courage. A woman has power to execute what they think. In different studies, it is noticed that military women want expect any finger pointing out their gender. They are brave and want themselves equal to men. There first priority is to achieve their mission. They just want success and want equal standard in the world. During the First World War, women only participated as nurses and helpers. However very few women also participated in war as a water carrier and few took part in hand-to-hand combat. Women were also participated as translators and phone operators in World War I. Women were not became a part of military in World War II. Following the war, the service started for the women, in which female officers take part as officers. By the mid of 1960’s, about 70% of women started work in office jobs under the military, military don’t want women to take in war first because they are not able to handle during war due to stress and fear. However, when it is noticed that women can also perform better like men the recruitment started for female candidates, for different positions. When recruitment of women started for military, it is noticed that women are physically weak and short than male recruiters. On the other hand, it was also noticed that women are disciplined; they have scored good at high school and passes all aptitude tests. Solely when people become more sophisticated and come to know the importance of education the military jobs are offered to women as well. The combat related jobs were also offered to women for example women started to help military for the transport mean like they become pilots, helicopter pilots etc. At that time, military women were given respect. Women are now qualified, trained and experienced fly fighters, attack helicopters and bombers. 92% military jobs are opened for women, where women can give their services.

There was no acceptance of homosexuals in the military field because military officers felt that, if homosexual are part of military force, people may not accept them and losses their trust on military. Therefore, there were many free speeches on this aspect. The policy for homosexuals changed many time, the military then said if someone is gay or lesbian do not reveal it, otherwise they will be discharged. After discussions and making rules for homosexual many times, Supreme Court then refused to open the case (bbc.co.uk, 2002).

In United Kingdom equal opportunities are given to all, if he/she is talented and have skill then color, religion, national origin does not matters. They believe that ethnicity or cultural background is everyone’s personal matter. Military prefers competent and knowledgeable people. They want best people from the society. They believe everyone should be treated quite with dignity.

Women Military of UK in Afghanistan:

Different researches was done on gender and armed forces, the study also includes the policies for women who participates in military. When women of British army forces were in Afghanistan for the war, they understand women in military employment in better way. As reported by the military women, UK is giving equality and benefits to the women, who are serving in military from many past decades. Military is giving them many extra personnel benefits also. Military then give them many advantages for future; they value the women contribution and participation in Afghanistan. Exciting policies made for them; training, development and protocols were there. It was discussed that what women can do and what they cannot do, and what should be excluded from their job.

Women Importance according to Michael Fallon 2014:

The secretary of UK defence, Michael Fallon, Equally opportunities should be given to women, women can also fight 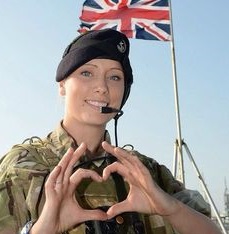 like men. Women development and training is necessary in the field of army, because mother teaches her infant. Training will play a long-term effect on infant training. The selection of army candidates should be done on their ability, skills and talent but not based on gender. He also said the way to give physical training to the women should also be changed. Then minister then added that we want to train all women equally as we train the men, so that they can also perform well during operations. The physiological training is difficult for women than men. It is our responsibility to take care of women health and safety for the long-term.

Fallon said combat roles should always be opened for women and further research should be done on physiological demands of women. The entry of women should not be restricted at any field of the army. Women of Britain army performed very well as flying fighters and in other roles during the war in Iraq (Weaver, 2014).

Major Judith Webb (First women to command all male force) said that, we are physically different from men; my team had to face many problems during performing their physical tasks and during exercises.

Kevan Jones, armed force minister, appreciated the women force and said I am proud of them as they performed during war.

Peter Bracken in 2010 shared his experience of Britain army; he said I was promoted as an army captain, military at that time-preferred christian, male and white. However, I trained three black soldiers and two women only. I have seen they are talented, hard working and capable with their work but they were unfavorable. Homosexual were not even allow to train. From last two decades, I have seen the shift in social attitude. I appreciate the principle of equality, justice and value (Bracken, 2010).

Equal treatment should be given to the women in military, like on and off posts; after work recreational activities should be the part of military environment. If there are no recreational or relaxing activities, women will be getting hectic and do not show their interest in learning new things.

There should be no discriminatory behaviors or practices during their learning, if there is discrimination women may lose their hope and stop learning efficiently. There should be loyalty and mutual respect among members.

Equal opportunities should be given to everybody part of military army, in the case of complaint procedure, everyone should be treated equally.

Chain of demand is a channel through which equal opportunities are given on the different matters.

While we talking about equality in military, this should be kept in mind in that to achieve mission and safety of every individual is the absolute necessity. The women of military know that gender equality is a push, military environment want equality but they do not admit equality. Equality is there but with differences.