Home > Projects/Reports > Role of Leadership and HRM Strategy in Organization

Role of Leadership and HRM Strategy in Organization 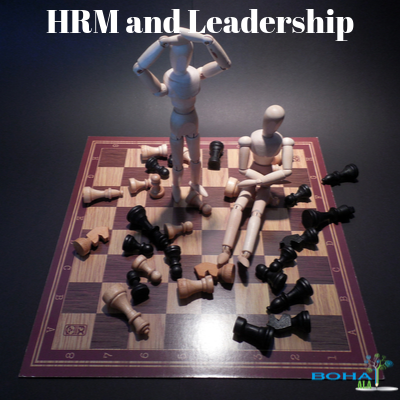 If there are, many issues placed in between employees of an organization then there would be an atmosphere of conflicts and disputes, which cannot be a good sign for an organization. Therefore, it is the most and essential responsibility of an HR in an organization to listens to the point of view of every employee working in that organization. An HR must be friendly with all the employees so that in case of any dispute or problem he may be already aware of that, which helps him in solving that dispute.

An HR is responsible for providing the tasks to the employees, which are according to the skills and capabilities of that employee. One should not burden a person about that which he/she are not capable of doing it. (Grissom, 2012)

The business market accepts only those organizations that fulfil their assigned tasks efficiently and with good strategies and on time as well. The reputation and function of good businesses depend on its working. The working procedures must focus on the quality of working that would be efficient and very attractive as well. Better you work good better would be your reputation of the company. The hiring of new employees is also another challenging task for the HR because the properly qualified person will be more efficient and capable of working in a tough and difficult situation as well.

An organization whose bases are the employees must be properly planned and given the proper benefits and incentives so that these benefits make them happy and comfortable among the organization atmosphere. This facility makes them realize that their owners and bosses will not kick them out at once and they can claim of other different differences among the organization. Some subsidies can be must provide to the employees that must satisfy them as well.

Subsidies include bonuses, incentives other medical and route facilities as well because most of the people work from far off places for the purposes of earning. They stay away from their homes to earn living for their families so they must be compensated for this as a must so they become more hardworking and loyal to the company.

When an employee is benefited properly and according to its skills and capabilities then they feel that atmosphere comfortable and suggest more beneficial ways for the success and growth of their organization. The pay, salaries of the employees must be according to their skills and also according to their qualification also. Because sometimes when an organization provides an unqualified person just in a case of favouritism that they work less and earn more wages and enjoys more benefit from the boss then this will be the biggest and worst problem in the positive atmosphere of that organization.

The Role Of Leadership

The leader must have those authorities and skills that when any critical and complicated situation occurs must cop up with that in a smooth and efficient manner that it can be easily converted into an easy and comfortable situation at once. An effort is needed many times very much hard and extraordinary efficient effort needed sometimes because sometimes many hard and toughest situation came which cause a lot of damage to the organization and its reputation if do not control and corrected properly and timely.

Therefore the leader must have those skills and abilities that can be used efficiently in a complicated situation/. Many times a project t may come in an organization that it is on a great level of danger and its success directly emphasizes the reputation and goodwill of the company. So at that time the real leaders and tested and checked that whether they can survive better in such conditions or not. Because a real person can only be tested properly and precisely at the time of stress and panic situations specifically.

Therefore a good leader must be problem solving, hardworking, motivating other employees, taking each employee with it so that no one can feel and discrimination and sense of difference among them on the basis of any difference among their cast, creed or color as well. (Christian Bøtcher Jacobsen, 2015)

Diversity means accepting different peoples from a single roof. Different people work in the different organization. They are different on the basis of their cast creed colour, gender, society as well. Every person is also different related to nature as well. The difference between people must be accepted properly and efficiently in any organization because all the people are working equally according to your organization rules and regulations.

If people are different according to the bases of colour then they should not be degraded and white colour people should not be preferred on black people. The difference of cast also a big problem nowadays because people are very rigid according to and towards their cast. Therefore an atmosphere must be created that stops such situation as and conversations among the employees within the organization.

The gender difference is the biggest and foremost a very sensitive issue within the organization. An organization must lead it’s both male and females employees together both gender are treated equally especially women be treated more softly and politely so that your atmosphere became comfortable and positive and people preferred working in your organization s compared to others.

An HR must create such atmosphere by removing and solving issues of both the genders and the communication between both the genders must be polite and efficient so that at the time of completing a project on the basis of combined effort. Then such effort can be made properly and precisely without ant conflicts and disputes. Such positive atmosphere of any organization depends on the proper policies build by the HR of that organization. Therefore the HR of any organization must be very efficient, hardworking, and problem solving and task managing on a single and at once call anytime. (Pitts, 2009)

Role of Leadership in Organizational Behavior

Importance of HRM in Organization Questionnaire