For any society to survive in an effective manner, it needs two fundamental, natural resources. These resources are fresh water and energy. According to Black and Flared (2010), a normal human being may never survive if the body lacks water for a few days. The existence of energy in the universe takes many forms. This includes gasoline used to fuel a car, sunshine for growth of human and animal plants, and electricity that finds application as a source of power in most of the industries. As such, without energy, human beings would starve and consequently their bodies would stop functioning (Black, & Flared, 2010). Utilization of this energy costs money. There is a need of adopting effective measures that would safeguard from prevalence of an energy crisis, as a result of increment in the cost of energy.

Challenges experienced in the supply and demand of energy, in general, and considering fossil energy source, in particular, are many (Simon, 2007). These challenges include the effect of energy on the environment, and cost of energy. To overcome the challenges, there is a need of adopting alternative energy strategies. In addition, adoption of green building leads to a reduction of the energy consumption levels. 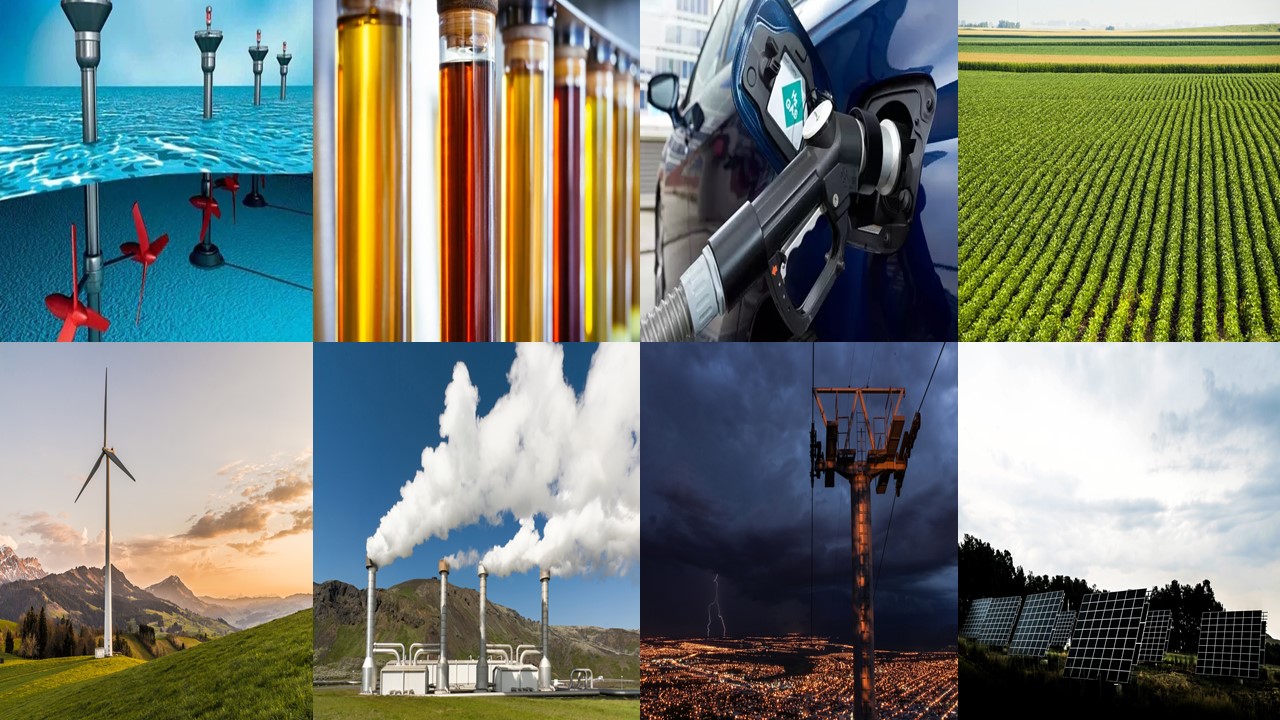 The sun is the key source of energy. Energy from the sun finds absorption by the plants. Consumption of plants parts disseminates this energy to the human body. The plant energy may also find use directly through conversion into the form of ethanol. Living plants and tiny organisms acts as the major sources of fossil fuels. Fossil fuels include coal, natural gas, and oil, and they form part of the nonrenewable energy found in planet earth. Forms of renewable energy include solar energy, geothermal energy, and wind energy. These forms of energy have the ability of regenerating themselves in a rate equivalent to the extraction rate.

The global supply of nonrenewable energy is facing circumstances of depletion of the energy source. The nonrenewable energy facing depletion includes oil, natural gas, and coal. Despite the fact that nuclear energy is available, the use of the energy is too dangerous. According to Simon (2007), it does not matter the degree of research that will aid in refilling the reserves of nonrenewable energy, shortfalls on demand and supply of energy will occur. He further claims that the consumption rate of energy exceeds the number of available reserves, or additional reserve discoveries. As such, without an alternative energy source, energy crisis will emerge in the universe. This depicts that there is a need of exploring possible alternative energy sources, to safeguard the future industrial and commercial sectors.

The existing nonrenewable energy (oil and natural gas) have a characteristic of environmental pollution. This results in altering the ecosystem and affects fauna and flora directly. In addition, the wastes from these energy sources find their way to the atmosphere where they contribute significantly to global warming. This has side effects of changing the climatic patterns of planet earth. Moreover, the wastes are effective agents of air pollution. Therefore, in order to limit these side effects of nonrenewable energy, there is a need to shift to other alternatives for energy sources.

Solar energy has source from the sun. The energy harnessing occurs via the use of solar collector cells or solar cells. The harnessing process of sunlight is quite easy and free. However, for large-scale energy plants, the harnessing of sunlight is quite difficult. The harnessing of solar energy finds application in generation of electricity in homes. With regard to cost of solar energy, the cost has proved affordability level since it involves acquirement of the solar panels and installation. Solar energy has received global acceptance as a “green future” since the energy is environmentally friendly and has no pollution effects to the environment.

However, solar energy has inherent limitations. The material used in the manufacture of solar panels, for example, tin oxide (SnO2) has a significant effect in contamination of water and soil. Tin oxide finds application in the manufacture of solar panels in production of electron collector grids. Installation of solar energy systems that need use of concrete footings results in land clearing. This has side effects distracting the native plants and animals of their natural setting. Finally, solar collectors of most systems trap dust and any other kind of dirt, which minimizes the area of solar collectors exposed to the sun. This results into collection of a limited amount of solar energy. Consequently, cleaning of the solar collectors takes place with the use of industrial solvent cleaners or water. The products of cleaning have the side effect of destroying native streams through contamination. In addition, the soil receives a considerable amount of contamination from these products.

Simon (2007) argues that wind energy is probably as old as the discovery of the wheel during the era of the agricultural revolution. Wind energy calls for use of blades to make propellers that collect the energy in a rotary motion. Despite the fact that wind energy has vulnerability to changes in weather conditions, the alternative energy source has proved feasible globally. Some areas, such as high altitudes on the land mass and coastal offshore in the oceans, experience a steady flow of wind. Therefore, these locations depict areas that need exploitation to harness the wind energy. The harnessing process of the wind occurs through the installation of wind turbines, which receive a rotary motion from the wind in order to generate electrical energy. Wind turbines installations may take the form of small homes windmills or commercial windmills. In commercial windmill, numerous-wind turbines find installation in a central place and results, in development of a wind plant. The wind plant then generates electricity sold to the national grid of a given region, in order for the electrical energy to reach the esteemed consumers.

Although, wind energy falls in the category of alternative energy, the energy poses a potential environmental damage. This environmental comes in the form of noise and visual pollution. In noise pollution, wind energy systems impair the comfort of both human beings and animals within the area in which wind generation systems installation has taken place. The noise has side effects of leading to relocation of the native animals. Consequently, the nature cycle of new locations and abandoned locations of the animals receives a myriad of dynamics. In addition, a conflict develops between animals and human beings on location habituating. On the other hand, visual pollution affects the sight of an individual. This occurs is situations in which the wind carries with it dust, or the wind velocity is too high for the normal human eyesight to withstand.

Geothermal energy makes use of earth’s internally generated heat to produce energy. In the earth mantle, there are superheated elements such as iron. The means in which the superheated heat finds a way to the earth’s surface has variability, due to variability of the structure of the earth’s crust in many geographical locations,. In some regions, the molten material of the earth’s crust finds way to locations near ground water supplies. This result in drilling of wells to extract geothermal steam or water produced as a result of contact between the molten material from the earth’s crust and the ground water supply. The geothermal products extracted find use in running high-efficiency turbines, which aid in producing electrical energy. The geothermal product after running the turbine, finds its way into a rejection aquifer, which has proximity to the location of the geothermal extraction well (Simon, 2007).

Geothermal plants have potential of environmental pollution. This pollution occurs through the process of airborne emissions. The gases emitted include hydrogen sulfide, carbon dioxide, methane, toxic sludge, and ammonia. These emissions occur in situations in which the geothermal plant makes use of open-loop system. However, the emission problem minimization occurs through adoption of a closed-loop system. In a closed-loop, the byproducts of geothermal process remain within the piping system of the plant, and there are no products, which find their way to the atmosphere or ground water. Geothermal resource plant location presents another key potential issue of concern. This occurs since the plant location may occupy public parcels of land or environmentally sensitive areas.

Hydroelectricity energy depicts energy withdrawn from natural waters in the rivers. Water dams find an establishment in the proximity of rivers. The dams get water from the rivers, which find application in rotating high-speed turbines located in the basement of the dam. The rotating turbines then generate electrical energy sold to the grid system for distribution to consumers.

Tides and waves in the ocean present an alternative form of energy that needs effective exploitation. The energy source is free and clean. Therefore, there are no possibilities of environmental pollution from the energy source. Tidal energy extraction takes place at the instance a tide flows through a turbine. The turbine rotates and consequently generates electrical energy, which finds its way to the national electrical grid system. On the other hand, wave energy capturing occurs through use equipments to trap waves. The equipment in turn, converts the waves into electrical energy. In general, oceanic energy presents an alternative source of energy that needs exploitation. Apart from tidal and wave energy, there is a need of focusing into the possibility energy generation from the oceanic water salt and ocean water temperature.

Biodiesel acts as a replacement of petroleum-based diesel. Virgin seed oils, vegetables and animal fats, or used cooking grease act as sources of biodiesel energy. The energy has low-emission and finds application in all standard engines with no side effects of power reduction capacity. The energy source is quite cost effective.

Biomass energy depicts energy derived from all forms of organic biological matter. Biomass includes plant material parts or fecal wastes from animals and human beings. Production of energy from biomass provides a clean way generating energy that has no effects of environmental pollution. The method cleans the environment since what would have been waste ends up a being energy. The cost for this method of energy generation has proved affordable since the raw materials have wide availability in the universe.

Hydrogen has proved to be a significant source of fuel. In this, hydrogen, fuel finds application in running cars. Hydrogen fuel has minimal environmental pollution effects and acts as an agent of establishing a “green future”. The technology involved makes use of a chemical reaction between oxygen and hydrogen to generate electricity. The byproduct produced from the chemical reaction is water. However, hydrogen energy has a limitation the limitation of the cost incurred in the production process of the fuel from hydrogen.

The alternative sources for energy for the oil and natural gas that have exhibited a possibility of depletion include sand and shale oil, and coal bed methane. Oil sand demonstrates a type of sand in which oil extraction has a possibility. Shale oil represents the form of energy in which the shale produces oil after pressing.