Relationship Between the Russian Avant-Garde and the October Revolution

The Russian avant-garde began in Russia around 1915. It was the year that Malevich unveiled his Suprematist creations, which reduced painting to utter abstraction. And rid the images of any reference whatsoever to the visual world. He is credited with being the first artist to do this, forsaking the visual world for a world of pure feeling and sensation. This was the first movement originated by Russians and the birth of several other Avant-Garde movements. Probably the most famous piece at his 1915 exhibition was “BLACK SQUARE” (real name “suprematist composition.” It’s a black square on a slightly larger white square that forms a border around it. It was hung in the exhibition in the way an icon would be hung in a peasant’s home, i.e., the top corner of the room. Malevich saw Suprematism as representing a yearning for space, an impulse to break free from the globe of the earth. It a spirit, a spirituality that went beyond anything before it.

Malevich ‘s students and colleagues included names such as El Lissitzsky, Alexsandr Rodchenko, and Vladimir Tatlin, who, of course, headed the Constructivist movement that began in the same vein year as Malevich’s exhibition. Tatlin had returned from studying art in Paris in 1913, where he had seen a series of relief works by Picasso. Tatlin became very interested in form and message rather than representation, and so he made a series of buildings. They were in the same vein as Picasso, but they were framed within a space and jutted out of the picture plane into the observer’s space. They created a lot of interest, and he coined the term ‘constructivism.’  Tatlin and Malevich, who had been friends until this point, had started to contend with the philosophy of art. It continued for a long time following the Bolshevik Revolution of October 1917. 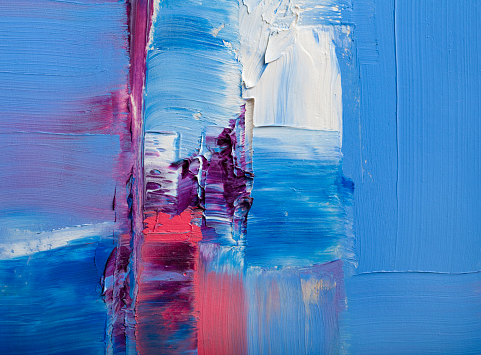 A smaller bourgeois revolution had taken place in February of that year, but the October Revolution completely usurped it. After the October Revolution, Tatlin and Malevich opened art schools. Malevich’s Suprematist School was similar in style but not an ideology to the De Stijl movement in Holland, whereas Tatlin ‘s Constructivist School had ties to the German Bauhaus. The October revolution had been a primary proletariat revolution. Proletarians have tended to be somewhat pessimistic in their approach to modern, progressive art forms, and this was no exception. Both schools realized they had to prove their worth. The new communist government saw artists as elite. A few things transpired to change the Russian government’s ideas about these artists.

Rodchenko was proud that the leftist artists had been the first to come to work with the Bolshevik comrades. There was a Constructivist manifesto released in 1922,( when Constructivism had reached its Zenith and had started ever so slowly to decline,)  stating that the movement as a whole was “trying to build up the theoretical material development of communist society.” The general mood of the Avant-Garde was to accept the Bolshevik ideal. Perhaps this is why they were given so much freedom. From all accounts, the leftist artists felt strongly supported by the government. According to the letter written at the time by a friend of several artists, all of the young artists, no matter how innovative or experimental, were taken seriously. They spoke about being able to realize their dreams, and they were grateful that neither politics nor power intruded into their work. They felt it was the first time most of them had been allowed to do everything they wanted in their field. A boyish dream, perhaps, but it must have been incredibly liberating. They ran with their new ideas for a while and then got down to helping the revolution through art.

The Suprematist and Constructivist schools tried different approaches. Malevich’s Suprematists have tried to create a whole new dream, a new world, to smash all tradition and to reject the old society. Tatlin’s school, however, rejected easel painting. They said it was bourgeois and should be discounted entirely. They adopted a very mathematical, practical approach to art. They studied engineering and architecture. They started designing artistic, functional, but also valuable equipment for the new society. Their approach worked. More and more, they were noticed to be making art for the masses. To a new government that was wrestling with such questions on how to shape the modern Soviet society and what people needed to be taught (to become proper Russian citizens), these artists looked like they had the ability and intelligence to fulfill government dreams. They were looking for official proletarian art, and although suprematism had some ideas, they could use them, Constructivism seemed better and better. Trotsky, Bukharin, Lunacharsky, and others were against the government’s control of the arts, so they had to be delighted that the artists themselves were willing to help with the propaganda campaign,   seen as necessary for the education of the masses.

Trotsky thought that art should be left alone, but the government needed to turn the working classes into a conscious collective, both politically and technologically.

The fact that the bulk of the population was unable to read a political pamphlet created some issues. Posters with pictorial messages became essential to the mass communication system. By the 1920s, Constructivism was the dominant style, largely because it was able to blend poster style with fine art and make it available to the masses. The Suprematists have printed a few abstract posters, such as El Lissitsky’s 1919 poster. Beat the Whites with the Red Wedge, but they had nowhere near the propaganda power of Tatlin’s boys.

Suprematists also insisted on imbuing their work with a deep spirituality that flew in the face of new soviet atheistic ideals. This was another reason for its unpopularity.

The government saw Constructivism as an instrument and all other architecture as an architecture. Lenin said he did not know whether or not all these art forms were the highest manifestation of artistic genius, simply because he could not understand them. He also said that he received no joy or pleasure from them either. Further, although complete freedom was the right of every artist, this did not mean free reign was the order of the day, either. Stalin was later to take this to mean ultimate and total control of the arts, which led to the bloody purges of those who had not died.

This is not to say that the Constructivists weren’t abstract; they were also very functional. They succeeded in eliminating personal taste from the objects they produced. They employed a rational approach to industrial designs.

In 1920, Tatlin had caught the government’s eye with his new technological designs. For example, he designed a new stove that used minimal fuel and radiated maximum heat. He also created new functional clothing for the masses. In 1919, the Artistic Work Department of the People’s Commissariat for Enlightenment commissioned Tatlin to produce a monument for the Third International. This was the work that Tatlin was probably best known for, even though it had never been built. It was more massive than the Eiffel Tower and was far too expensive to make anyway. A double concentric spiral form thrust into the sky at a 70degree angle to symbolize the new society reaching for the perfect goal. It was intended to be one-third of a mile high and contain a gigantic sphere, a circle, and a prism. There have been a number of constructivist buildings erected, but almost no Suprematist designs have ever seen the light of day.

By 1921 Constructivism had reached its zenith and had gradually started a decline that would last nine years or so before the Stalinist purge of artists had started. Their popularity did not diminish much, but the power of their art, which was crucial at the beginning of the revolution, was no longer needed. The first world war was over. The revolutionary government was now the official state line, and the emphasis changed from War propaganda and monuments to posters promoting the new economic policy and the bourgeoning Russian cinema industry. Constructivist art turned its attention to people as human beings, not as revolutionary units. They started to render practical art for the civil sector.  George and Vladimir Sternberg were Constructivists who became widely recognized during this period. They designed economic policy posters similar to those of Rodchenko and Lissitzky, but their real success came from film poster designs. The Russian film industry became very revolutionary and radical through people like Eisenstein and Vertov, and the Sternberg brothers naturally followed suit. They were also responsible for a world-changing technique in graphic art and photography; The extreme close-up.

The slow decline of the avant-garde art movement continued until the early thirties. Artists, among other styles, were still creating remarkable Constructivist and Suprematist art, but the heady days of revolution and innovation were behind them. The treasury was empty; there was no more money for gigantic monumental public art, architecture, and glorious examples of people’s art. A lot of art was still produced, but it had reverted somewhat. Considering what had just happened in art in Russia in the preceding 15 years or so, this newly emerging art was almost safe by comparison. Oil on canvas came back. People were framing paintings again. In many ways, art, or the political edge of art, had lost its sharpness.

Stalin was in power. A peasant from the backwoods whose idea of art was kittened in a basket crossed with a big titted wench frolicking on the new people’s farm. In 1932 Stalin took over the Union of Artists and put in charge a man named Isaak Brodsky. Brodsky had been trained in the academic painting of the pre-revolutionary schools and was revolted by any art from Impressionism onwards. This spelled disaster for the Avant-Garde artists. Stalin started making horrifying public statements about art and artists. He said that abstract art could no longer be tolerated. Art should be both figurative and propaganda. He said the demand for Soviet culture is that all coarseness and wildness should be eradicated from every corner of Soviet life. The Avant-Garde was just an old Capitalist art in its death throes tearing itself apart, and it must be liquidated. IT WAS. In 1932 Georgii Sternberg was killed in a motorcycle accident. In 1935, before he could be up!

The Avant-garde no longer had a base. A few caved in and became correct thinkers. A few escaped to other countries in Europe. Some stayed in Europe, and some ended up in America. They have developed and grown.

Along with Gabo and Rothko and Kandinsky and numerous others, they are still having a profound influence on art. There were also comparisons between the Russian avant-garde and the two revolutions of 1915. The big difference between them in 2001 is that the art survives and grows more robust, while the other is seen for what it is, a pathetic pseudo despotism run, for a lot of years by sociopathic morphine.