People have different nutritional needs, hunger occurs when an individual for a sustained period is not able to take enough food which can meet his / her nutritional needs. Disruption of food supply has for many cases exposed a good world’s population to hunger, food supply can be disrupted through wars, occurrence of plague and adverse weather conditions such as drought. Hunger is a worldwide concern and the millennium development goals or the currently known as the millennium sustainable goals included a commitment to reduce the world’s population suffering from hunger by 50% in the year 2015 which I am not sure whether it has been achieved. 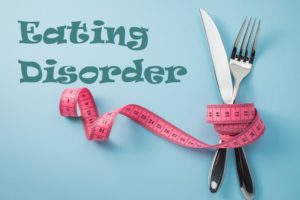 Primary drives are basically biological needs that motivate you to find what you need, for instance if you’re hungry you will go for food and if you are thirsty you will get some water to drink. Therefore primary drive of hunger is to tell you when you’re hungry and to keep you healthy, primary drive of hunger makes you feel hungry so that you can fetch food and get necessary nutrients responsible for your healthy life. (In Acred, 2014)  I can ascertain that primary drive of hunger affect eating disorders on how you eat and how much you eat,  most of the common eating disorders include; anorexia nervosa, bulimia nervosa and binge eating. Anorexia nervosa is characterized by refusal to maintain body weight at above or normal, individuals suffering from this condition experience intense fear of gaining weight or becoming fat. Bulimia nervosa is associated by continuous episodes of binge eating followed by compensatory behaviors such as self-induced vomiting. This condition is common among females and the victim consistently thinks about food, binge eating is an eating disorder close to bulimia nervosa except the absence of compensatory behaviors. Individuals experiencing binge eating condition are aware that what they are doing is wrong and often they eat rapidly than normal. Primary drive of hunger differs between men and women; women have a way of expressing their emotions different from that of men. Women are more concerned about their weight than men, that’s why we hear some women claim they are dieting, simply to mean maybe they eat less not to add weight and therefore women are more to have eating disorders than men.