Red Bull as a Cult Brand 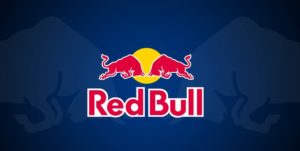 Brands are collections of functional and emotional values that promise stakeholders unique experiences. A brand is a culture because the consumers who use a particular brand a number of times often identify themselves with that brand. Such consumers become a ‘cult’ as they cannot be separated from the brand which they have a deep association with. Therefore, a brand should have its own culture, from which every product derives (Kapferer, 2008, p. 184). This paper discusses the aspects of brand culture used to market Red Bull, an energy drink. In reference to Red Bull, the paper addresses how cult brands are created and developed through brand extensions, endorsements and associations. To achieve this, the paper will investigate theories that try to explain how brands create experiential connections with brand users to generate loyalty and attachment.

Overview of the Red Bull brand

Red Bull has grown as one of the most popular drinks in the energy drinks category. Its history dates back to 1987 when Dietrich Mateschitz, a marketing executive at Unilever and Procter & Gamble, introduced the energy drink in Austria. Mateschitz modified the ingredients of Red Bull to make it suit Western tastes as an energy drink on its own, and Europe thus become the mainstay of the brand although it had originated in Asia (Roll, 2006, p. 199). Although the drink faced some restrictions at the start in Austria due to its ingredients, it later spread quickly to neighboring countries such as Germany, Switzerland, Hungary and Slovenia (Dahlén, Lange & Smith, 2009, p. 315).

One of the key reasons for the success of Red Bull has been its unconventional marketing communications that range from creating buzz, using word-of-mouth publicity to sponsoring extreme sports events (Roll, 2006, p. 199). The communications have been in synchronous with the overall brand personality of being a cool, hip and rebellious brand. The resistance that the drink faced when entering the market in France, Germany and other key European countries may have been an obstacle to the brand’s success but it also helped to identity the product with its consumers when it eventfully entered these markets. As Temporal (2006, p. 12) notes, the market share of Red Bull has been growing at an annual rate of 15 to 25 percent. The brand is also popular in the United States with a 47 percent market share in 2006 and accounts for 70 percent of the global market share in terms of energy drinks (Temporal, 2006, p. 12).

Red Bull as a Cult Brand

As mentioned above, the popularity of the Red Bull brand can largely be attributed to the brand’s marketing communications strategy. The company used a number of marketing strategies including word-of-mouth, sponsor ships, athlete endorsers, sampling programmers, point of purchase marketing and electronic media buys. However, word-of-mouth was the most preferred method because the company presumed that best method was to get the consumers who used the product to give testaments to others. Notably, traditional communication tools such as mass media advertising were at first avoided for more localized methods (Dahlén, Lange & Smith, 2009, p. 315). With this strategy, consumers in neighboring countries such as Hungary and Germany who had not been in Austria got to know about the product. According to Schumann (2009, p. 195), word-of-mouth makes at least three contributions to marketing theory. First, it has a strong positive effect on customer satisfaction as customers spread the message about the product in question. This influences customer trust and leads to brand loyalty. Second, word-of-mouth is valid for ongoing service relationships. As Schumann (2009, p. 195) notes, the strategy enables customers to evaluate their product or service provider – which thus affects their decisions. Third, word-of-mouth has different effects across cultures (Schumann, 2009, p. 195). Along this line, while the word-of-mouth marketing strategy made Red Bull popular, it also influenced (sometimes negatively) how different consumers in different countries perceived the brand. The benefit of using word-of-mouth in marketing is that the strategy not only needs minimal cost but also enables the message to be spread further than its source (Katz, 2010, p. 112). This is how Red Bull was able to extend to other countries, hence the over-mystification of the brand

The over-mystification of Red Bull is what led the perception of the brand as a cult brand. According to Kumar (2007, p. 383), a cult brand is one that offers a group-affiliated, brand-based experience to consumers who are obsessed with the brand and promotes the relationship within the members of the cult. In this case, the ‘cult’ included a wide range of consumers who had the need for a stimulating drink – and this was clear in Red Bull’s slogan ‘Red Bull gives you wings’.

Red Bull also ventured into brand extensions to increase its coverage and hold of the market. In 2003, noting that 21 percent of the soft drinks consumed in the United Kingdom were sugar-free, as were over 30 percent in the United States, the company decided to come up with a sugar free version of Red Bull – Red Bull Sugarfree (Keller, 2008). As Cheverton (2006) notes, brand extension is inevitable particularly where the existing brand is perceived to have matured but there seem to be no other alternatives to innovate. Thus, the existing brand is used to support the launch of the new product. In this case, the Red Bull Energy Drink was used as the backdrop for the introduction of Red Bull Sugarfree. This enabled the brand to capture an even wider market.

Other factors that reinforced Red Bull as a cult brand are brand endorsements and associations. The Red Bull marketing strategy concentrated in the brand’s slogan and engaged in a number of endorsements in sports that required physical endurance such as motocross, surfing, basejumping, and skateboarding (Waxler, 2004, p. 126).  This association with extreme sports events undoubtedly added value to Red Bull’s brand equity, which is the total awareness and perceived worth of the brand in the mind of consumers (Smith & Zook, 2011, p. 38).

The Customer-Based Brand Equity (CBBE) model (Keller, 2001) can be used to explain how strong brands are built and how the brands create experiential connections with users. According to Keller (2001, p. 17), building a strong brand involves four steps: (1) establishing the appropriate brand identity; (2) creating the appropriate brand meaning through strong, favourable and distinctive brand associations; (3) eliciting positive, accessible brand responses; and (4) developing brand relationships with customers that are featured by intense, active loyalty. Attaining these four steps in turn requires establishment of six brand-building blocks __ brand performances, brand resilience, brand imagery, brand feelings, brand judgements and brand resonance. As Keller (2001, p. iv) suggests, the most valuable brand-building block is brand resonance, and it occurs when all the other brand building blocks are already established. True brand resonance occurs when customers express a high level of loyalty to the brand such that they aggressively seek means to relate with the brand and share their experiences with others (Keller, 2001, p. iv). In relation to this, Smilansky (2009, p. 61) argues that experiential marketing aims to convert consumers into brand advocates who love and promote their favourite brands.

To understand how Red Bull has achieved experiential connections with brand users to generate loyalty and attachment, it is important to look at various aspects such as brand attributes, positioning, and values. Red Bull builds on its functional product dimensions and their benefits such as improved performance, metabolism, concentration, vigilance, and reaction, while at the same time riding on an integrated marketing platform based on extreme sports to communicate the brand’s emotional dimensions (Temporal, 2006, p. 13).

As regards brand positioning, the universal slogans ‘Red Bull gives you wings’ and ‘Red Bull stimulates body and mind’ are adjudged to relate to the energy lift claimed by the drink and promised to the consumer (Temporal, 2006, p. 13).

The Red Bull communication strategy also depicts brand values or personality. According to Temporal (2006, p. 13), the distinctive traits that determine how the Red Bull brand communicates with its audience across the media are individuality, humour, innovation and non-conformism. These values are consistently projected as the heart and soul of the brand, which consumers can identify with and build an attachment with.

In summation, Red Bull is one of the brands that have grown immensely to become a cult brand. A cult brand is a brand that be affiliated to a particular group of consumers, such that they are obsessed with it and are always willing to promote it. This can be linked to the marketing communications used to market Red Bull, starting with word-of mouth to detailed strategies such as sports endorsements. The Customer-Based Brand Equity (CBBE) model has been used in this paper to illustrate how brands create experiential connections with brand users to generate loyalty and attachment, beginning with the four key strategies to build such a brand. Notably, a strong brand is achieved when brand resonance occurs such that customers portray a high level of loyalty to the brand and aggressively seek be related with the brand and share their experiences about it. For Red Bull, this has been achieved through brand attributes, positioning, and values.