In both the Prelab and Lab, the two diode or resistor circuits were made according to the circuit diagrams. In the MultiSim and the Lab circuits, which were created on a breadboard Prelab circuits were replicated. For the voltage out of the circuit (Voutpk), and the voltage into the circuit (Vinpk) the measurement is done in each of the circuits and by using the oscilloscope it can be viewed. To demonstrate the characteristics and applications of the diodes in circuits is the purpose of the resistor; the properties of a rectifier diode are verified by the results.

On the breadboard, the Lab Circuits 3 & 4 were construct and frequency shown in the corresponding Figures were according to the AC generator  that was set for the sine-wave, at the voltage shown. However, with the Channel 1 scope probe on the DC coupling mode, oscilloscope was set, the generator leads to measure across the scope probe so that Vin., + and – peak voltages could be known, and through using a camera waveform was captured. Across the diode the Channel 1 scope probe was connected in order to know the Vout., + and – peak voltages, waveform etc.

In the proper direction example (+ to the anode, – to the cathlode), when the diode is biased the results could be shown and when the current will flow it reaches to junction potential, which the voltage across the diode and around 0.6 V for a silicon diode. There are two functions of diodes; they are either work in forwards direction or in reverse direction (- to the anode, + to the cathode), the diode when act in open circuit, there is no current flow. The source voltage was equal to the voltage across the diode. 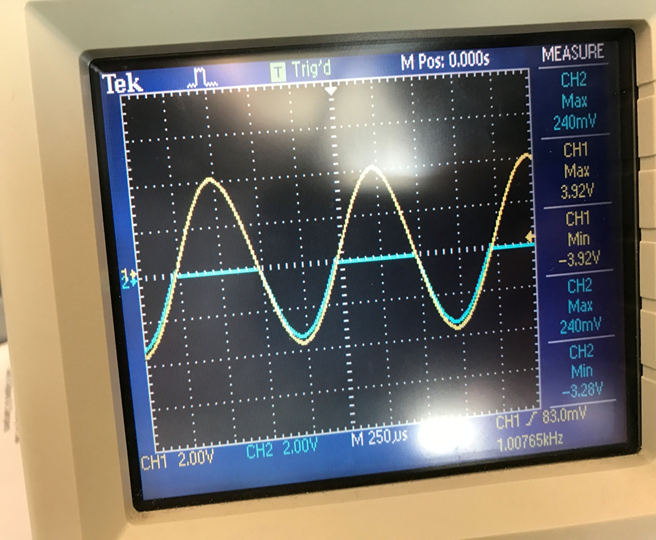 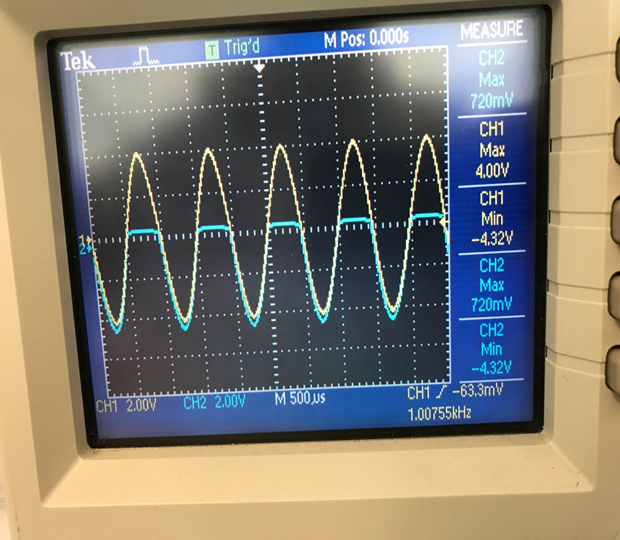 Discussion of the Results

Regarding the fig 4, for the output of the circuit, VD = Vout, the diode is connected. The diode is the reverse biased, for the positive of the ½ cycle of input voltage. The Vout waveform = the Vin waveform because the diode acts as the open circuit.

In the fig 5 and 6, however, in negative ½ cycle of input voltage the diode is forward biased. -0.6V (Vout) is the voltage across the diode, as shown in the Vin and Vout the functions are negative ½.