Nowadays, racism is shifted in the positive directions; the emerging trend to deal with the emergence of racism is the media investigations and influential racial formation that helped to reduce the narrow static and concepts about the critical diversity of racism in sports. There is need to understand the racial diversity, and ethnicity which is based on the social analysis of sport. To reduce the ethnicity logos, which may be based on territory or culture it should be known that whether it is a self-forming process by a group, or its natural or constructed. In some cases, the players felt that or have perception that they should not participate in the activities regarding racism logo, however, some player think it is not necessary to tolerate the cultural issues. There are always questions and arguments on the prejudice or hatred. Racism is abhorrent; it depends on circumstances but shifting and complex.

Over the past decades, it is the perception that there are discrimination in sports, at European level discrimination logos are also consider, however, in football it is considered very less. Several issues reported about the discrimination, that there should be collaboration against the racism and unfairness. The political institutions are focused about the forms of discrimination in the sports, they want to change the logos, and actions are taken to reduce the ethnic discrimination. Under the European and international umbrella, they have admitted to adapt the clauses if anti-racism and anti-discrimination. There are several measures related to sports, there are rules, policies and programs, which specify to ensure the consideration in development. The policies are also implemented to support the social inclusion and integration. To promote the sports related activities the society must be interact to each other in a positive way (Kjaerum, 2010).

There are number of incidence that are reported and exist in the sports and monitored as the incident of racism. A 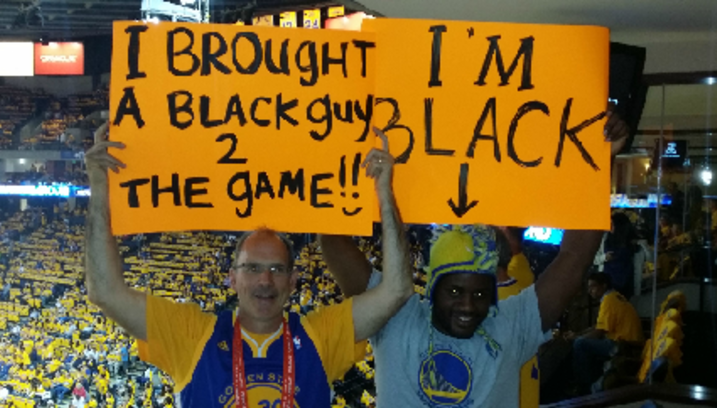 person who belongs to the minorities is under-represent in the sports, sports management or organizations want everyone to follow the rules, norms, attitudes and patterns. However, there are many obstacles in the ethnic and religious minorities, it is felt that there are racism logos for the minorities in achieving the same opportunities and right, which are available to the majority of the population.

There are three types of the racists logo behaviors, in men’s professional sports, which sometimes personally motivates the players, first is ‘fan behaviors’ due to fans who are present in the stadium racism take place, because racism may based on favoritism. Second is the ‘racist insult’, which takes place among the players before, during and after match, which badly affects the team performances and issues, ego, self-esteem is also there. Third, the ‘propaganda by the extremists’, this may be systematic or political way of racism logo (Peucker, 2009).

The fans when display the symbols or slogans in the stadium, it also reflect the logo based racism, the large banners sometimes do insult of the other teams or sportsmen, which may affect one’s self-esteem and result in loss of confidence. In September 2006, a case of DFB Cup game, the racist fans targeted the minority players; they insulted the black players by the monkey sounds.

Racism against the individual or group is violation of the human rights and it cannot be tolerated in any community, international community is taking notices of racism affect the sport activities and the players; players may suffer lot of risks and barriers in their performances. The society is fully participating against the logos, the barriers should be prevented and everybody should be treated equally and fairly. The racial differences and incidence need the community support, and sometimes immoral and illegal differences take place. Various forms and behaviors of racism have been reported, that treat some athletes unfavorably, the racism logo are based in the sexual preferences, physical or mental capabilities and central characteristics, there are discriminating behaviors that are reported as sexual harassment and racial discrimination. There are logos to support the men or women of own group or player, example the coach will favor his child over other players.

There are the legal provisions that are against the racist crime and discrimination that are based on the ethnic unfairness and racist incidents. There are equality bodies that have been active to support the sports cases, the cases like allocation of the funding, the refusal of reappointing a referee and the refusal take place, while enrollment in the dance club are related to the sport logo. There are the prohibitions of different forms of the discrimination, by the sports federations; however, racism is still part of sports. There are commissioners for the security of the players who are insulted by the opposing teams, according the law, such racism groups could be punished, if they are using abusive, aggressive or racist language.

In athletics only U.K and Romania has adopted the anti-racism regulations and in the case of football, the situations are different. The Ngo’s are giving awareness, about the racism, there are campaigns, in recent years, there are strict, and explicit regulations on the implementation and official documentation refer to racism. In FIFA, some football federations support to finish or diminish the sport logo and racism. Regarding the racist incidence there are representations on the ethnic minorities, regulation and action plans by the national sport federation, no negative sanctions should be promoted.

There is need to give the awareness about the racism, that such activities are not good and can affect one’s performances, due to such behaviors one can de-motivated and irritated. The cooperation, federation and sport governing bodies could promote activities to stop such racism logo. There should be diversity programs to encourage the ethnic minorities, there is need to remove the barriers as it could discontinue once leadership positions, special attention is needed to the girls and women, who are from minorities or considered as minority in an ethnic background (Lane, 2013).

There is need of effective monitoring by the national and local authorities, monitoring is important to stop the racist incidents and discriminations, federation should also given support and reported, so they can make their recording efficient. Equality bodies like NGO’s and human rights institutions should also be encouraged, based on optimistic thinking, there should be no racism activities promoted in the sports.

Stronger regulation and enforcement will be result to finish or diminish the non-ethical behavior of the racism logo, people who promoted the racism should be given punishment on the spot, so many of them get aware and do not perform such actions. There should implementation on the laws regarding racism in sport events. Governing bodies should regulate the valuable and effective measures, good practices are needed by the EU institutions and Member States, European Commission should respond appropriately to facilitate the individual complaints, the racism logo system should be finis, as it is not healthy and favorable for anyone.

Violence and Aggression in Soccer

Stupidity at its Best in Sports

hello, your job is pretty cool and we would like you to write an article about racism on sports. We need 6 cases of racism and one at least must be about a hockey player. Thank you for volunteering.
Greatfully ,
your biggest fans who needs your help