The Hanson-led revival of colonialism, and what might be called mainstream assimilation, prompted tremendous deliberation about Asian culture. Instead of an idea of the multicultural that involves the indigenous, concerning indigenous people and cultures as merely one instance of a widespread and all-encompassing cultural multiplicity, it is now it is evident that cultural diversity needs an incorporation into a larger context. This broader framework is the perception of Australia as both a colonial and post-colonial society and, more precisely, a society which is colonizing and decolonizing simultaneously (Docker & Fischer 2000).

A massive collection of literature now widely claims that Australia is post-colonial; but, although it does have a number of post-colonial elements, it cannot yet be demonstrated in this manner. Ken Gelder and Jane Jacob’s modern ‘Uncanny Australia: Sacredness and Identity in a Postcolonial Nation’, for instance, conceives Australia as post-colonial and determines the current wave of racism as postcolonial racism. That definition will not do, however, because it represses the perception that Australia is still a colonial culture in several respects (ibid, 98). 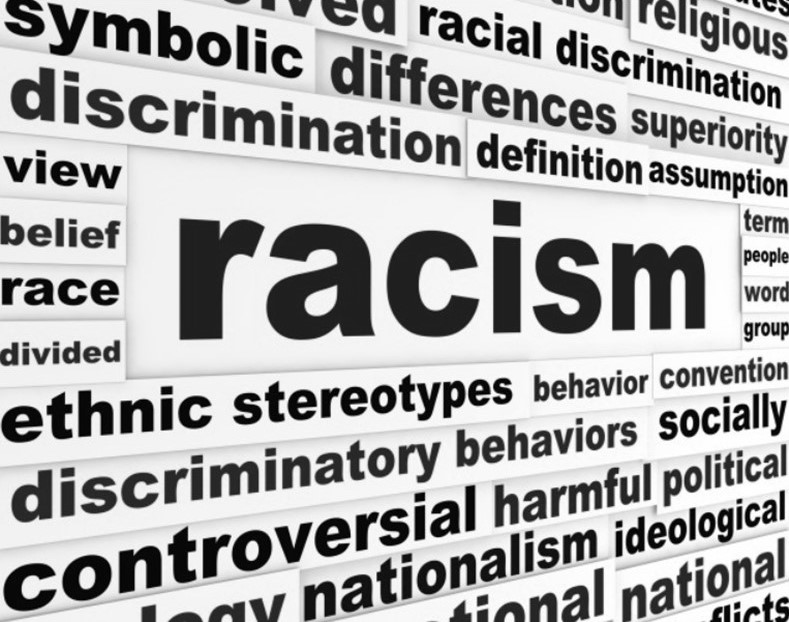 The definition of postcolonial can be applied to a study of colonial power and discourse systems or, when representing a form of society, to those previous colonies like Malaysia, India or Indonesia which gained political sovereignty after World War II. Yet there is no comparable or definitive instance of decolonisation in conjunction with migrant communities such as Australia and New Zealand. From the perspective of the aforesaid postcolonial societies, Australia is, to borrow Theresa Millard words, “the last country in the region to be decolonized, the place where the story there were no happy endings where the colonizers did not go home “(Docker & Fischer 2000, 32)

Racism is a major yet wide-ranging dilemma within society. It has taken on specific forms in societies such as Australia and New Zealand, where substantial immigration flows and the multicultural basis of the current immigration regulations have led to progressively more racially diverse populations. In the contemporary context, prejudice was primarily debated in Australia during the so-called race debates in the latter part of the twentieth century on ascendancy of Pauline Hanson and her One Nation Party. On the other hand, the investigation of racism in the 1990s has been pioneered by cultural research scholars, even though there has been a sustained concern among social psychologists (Hartley 1995).

Nevertheless, there is a lack of recent empirical proofs regarding the character and degree of racism in Australia. The Australian Federal Government between 1996 and 1998 has ordered an investigation into racism in Australia, yet the results have not been publicly known. Specifically, thus, an information discrepancy on the degree, disparity and effect of racism in Australia exists (Dunn & McDonald 2004).

Racist and/or non-racist stances are frequently concurrent, and a social constructivist framework also facilitates an interpretation of that perceptible inconsistency. For instances, debated discourses of the society, as multicultural in official expression, or as Anglo-Celtic in political arguments and in the media, penetrate into diverse and intricate everyday recognition of nation and nationality. Social constructivists’ frameworks acknowledge various forms of racist attitudes and perspectives, emphasizing particularly here on relationships between racism and national ideology, analysts of sociobiological interpretation of race, significant examinations of cultural freedom, and particular evaluations of the belittling and lesser consideration endured by Australians who are members of specific cultural groups (ibid, 103).

In this framework, two primary kinds of racism are acknowledged, namely, ‘old racism’ and ‘new racism’. The former kind, stressing lowliness, dominated since the Federation of 1901 until the seventies and the termination of the White Australia regulation. Afterwards, this ‘old racism’ was substantially displaced by a ‘new racism’ or also referred to as ‘cultural racism’ founded on the overwhelming influence of cultural diversity. Therefore, ethnic minorities are not anymore perceived as second-rate; somehow they are distinguished as hazards to social solidity and national cohesion, particularly, to the cultural principles and truthfulness of the prevailing host society (Cunningham & Turner 2002).

The ‘new racism’, on the other hand, functions more through typecasts of cultural attributes of groups, or enclosing concepts of ‘self’ and ‘other’ and the public space. The concept of ‘other’ are disseminated in the media and in political discourses. Debatably, blatant or overt racism has been restored by new conceptions of concealed or covert racism, evident as cultural prejudice. Hall has asserted that these two reasons of racism are nevertheless strongly interrelated, and that they merge in successful manners. The ‘old racism’ represents a widely sociobiological interpretation of race. It integrates premises that racial groups should be segregated, or that other racial groups are inherently better and more advanced than others. These as well have been called as barefaced or outdated racisms (Docker & Fischer 2000). These involve certainty in racial hierarchy and racial segregation.

The new racism involves three primary and rather interconnected elements. The first one is out-groups; current racism in Australia, and prejudice towards particular cultural groups, is perceived by several scholars as related to historic perspectives of Australian national character and for those who do not seem to belong. Racial groups such as Muslims, Asians and aborigines have traditionally been labeled as primary ‘Others’ to the national conception of Australia. Discrimination of these groups had been identified in previous researchers. Prejudice to aborigines, for instance, has been a focus of attitude survey, with particular discoveries that such prejudice is maintained through key stereotypes. These stereotypes embrace grievances regarding hypothetical welfare reliance, drunkenness, and failure to belong. Anti-Asian attitude and anti-Muslim sentiment, has as well been robustly documented in attitude survey in Australia. The stereotypes that preserve such prejudices have been finely described in qualitative researchers and media studies (Paisley 2001).

The second one, which is cultural heterogeneity and nation, is an ideology of the nation. This aspect is significant in understanding racism; specifically, Australian identity and character. The results of public opinion survey on Australian nationalism and advocacy for multiculturalism are diverse and frequently fairly conflicting. On the contrary, participants were inclined to respond positively to questions inquiring them regarding the desirability of cultural diversity. However, poll results have as well accounted concerns about cultural preservation among ethnic and racial groups. For instance, surveys in the 1990s discovered that as 60 percent of those surveyed concurred that immigrants should not preserve their own cultural customs, merely 20 percent considered that multicultural regulation should be eradicated. However, cultural preservation is a key of certified multiculturalism (Dunn & McDonald 2004). Apparently, there is an unsettled, and pervasive, pressure in outlooks towards cultural multiplicity in Australia.

The last one is matters of ordinariness and rights; critical race analysts have remarked on what they have referred to as the ordinariness of racism. Some assert that there is a benefit of belonging to the White race, which is related with a culture and belief where racism is hidden or is regarded as an incomparable abnormality. These parallel issues of rejection of racism, and denunciation of privilege, were analyzed in the survey. The investigation verified the degree in which participants acknowledged a dilemma of racism in Australia, and the degree in which they acknowledged that Australians of an English background take pleasure on a privileged status. This indicates that at a daily basis, a considerable percentage of the population would welcome a demand to articulate about racism and for anti-racism programs (ibid, 410).

Pauline Hanson drawn unparalleled levels of media exposure between 1996 and 1998 subsequent to her now internationally notorious assertion in September 1996 that Australia was in risk of being flooded by Asians; whereas the continued media exposure can be perceived to have been a remarkable factor contributing to the creation of Hanson’s One Nation Party as a well-known minor party with a higher awareness on electoral support in rural centers, nevertheless, the examination of media representations of Hanson is more multifaceted than a plain comparison between the extent of coverage accorded to various political heads (Docker & Fischer 2000).

In the Australian media, specifically, it has illustrated the importance of the racism narrative as a part of a continuing discourse on race which embodies the privilege of whiteness as inherent. Images of Pauline Hanson in the media are portion of this narrative on Australian whiteness. Nevertheless, media depictions of Pauline Hanson involve an array of conflicting images since Hanson is portrayed as both ordinary or as the mainstream façade of middle Australia while also being perceived as the extreme or as an embodiment of racism and prejudice. Nevertheless, within the account of the racism debate in Australia in the latter part of the nineties, as whiteness is depicted as majority Australia and under risk, the extreme has relocated to the center and the rights of whiteness is once more covert. Media’s representations of whiteness in the media are comprised within a discourse of race (ibid, 110). A general subject matter within this narrative is fear and a politics of segregation. Image of blackness is stereotyped as the other and whiteness is embodied as the majority. Media discourse carries on to function an important role in making up the representational markers of an Australian nationalism which intends at preserving white privilege as being embedded in the national interest and social discrimination as normal.

The challenge for activists’ voices, as a contending discourse, in modern-day Australia is to defy the politics of segregation and provide a more comprehensive account on Australian national identity anchored on the strong points of cultural and linguistic diversity. The coming out of such nationalism is as well essential for any significant engagement within the region of the Asia-Pacific.