Rory is a follower of Jehovah Witness and he expressed a wish to Dr. Z and health care staff that under no circumstance he would accept blood transfusion. Despite this, Dr. Z carried out a blood transfusion on Rory during a surgical operation. One of the risks involved in the situation is that if Dr. Z did not carry out the blood transfusion, 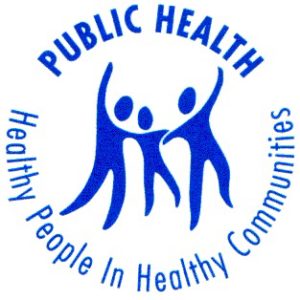 there was high possibility that Rory would die. The second risk is that by carrying out the blood transfusion on Rory, there is high possibility that Dr. Z would lose his Job. The third risk is that Dr. Z was acting against the law by carrying out the blood transfusion. The ethical implication of the risks is that Dr. Z violated two ethical standards that guide the conduct of ethical professionals, namely respect to patients autonomy and respect for persons. The legal implication is that Dr. Z might be convicted because of acting against the law.

The main reason for making the above conclusions is that a mentally competent person has a legal and moral right to reject or accept any form of medical treatment. Health care professionals are obliged to respect the rights and autonomy of all patients (McCormick, 2008). Unless a mentally patient loses the capacity to make decisions or there is a legal intervention that compels health care professionals to carry out treatment, the wishes of the patient should always be adhered to.

One of the emerging ethical issues in the case involving Dr. Z is that he was torn between adhering to conflicting ethical standards. By carrying out blood transfusion, he failed to respect the autonomy of Rory. As stated earlier, he also violated the ethical standard of respect to persons. The two standards require health professionals to respect the wishes of all mentally-competent patients (Chand, Subramanya & Rao, 2014). By failing to carry out the blood transfusion, however, Dr. Z would fail to adhere to the standards of nonmaleficence, which requires health professionals to provide the best care possible to patients (Naunheim, Bridges and Sade, 2011). The major legal issue is that Dr. Z failed to respect the legal rights of Rory enshrined in the human rights legislation.

The parties invested in the outcome of the situation include Dr. Z, Rory, Judges who will handle the case, Rory’s wife and the staff and administration of the hospital in which Dr. Z works. To resolve the issues involved in the situation, Dr. Z should accept his mistake and convince the court, Rory, Rory’s wife and other involved parties why he carried out the blood transfusion. Dr. Z can explain that he felt the need to adhere to his duty of providing the best care to Rory in order to prevent his death as he was adhering to the principle of nonmaleficence (Jones, McCullough & Richman, 2006). Despite this, Dr. Z may be liable to pay damages to Rory as a rectification of the mistake (Rogers & Crookston, 2006). Since the administration of the hospital in which Dr. Z has been working took action against him, the court is likely to be convinced that the administration is not guilty.

In my view, Dr. Z would have prevented the issues emerging in the case by simply adhering to the wishes of Rory. Adhering to only one ethical standard of duty of care led Dr. Z to violate two ethical standards and established laws. Taking a rectification approach is the best action that Dr. Z can do to resolve the emerging issues.