In medical health, mental disorders are classified based on the combination of particular symptoms that patient 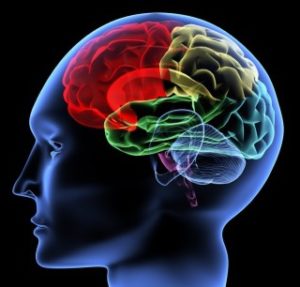 present themselves with. However, recently the American Psychiatric Association developed a new classification that would recognize some of the major categories and provide additional psychological disorders based on the current classification. (Vattano, 2008) The classifications are based on the Diagnostic and Statistical Manual the commonly known as DSMI and the latest manual is DSM-V.

Our first classification of psychological disorders is the Anxiety disorders; Anxiety disorders are those disorders associated by excessive and abnormal fear, worry and anxiety. The characteristics of anxiety disorders will depend on which type of anxiety disorder it is, but the general characteristics may include; feelings of panic, fear and uneasiness, problems of sleeping, cold and sweaty hands, shortness of breath, heart palpitations, lack of calm, dry mouth and finally numbness. Types of disorders falling under anxiety disorders includes;  specific phobia, this is irrational fear of a specific thing or a situation, the fear is totally directed to the danger at site. The second type is the panic disorder; this type of disorder is characterized by perception of the victim about attacks that are not warned and are about to caught up with him. It usually last for a short period of time and leaves the victim physically tired because of the physiological struggle experienced by the person. (Bennet, 2008) The third type of disorder in this category is the post-traumatic stress disorder; this type of disorder is common with the soldiers who have at one time came into face to face with the war, basically the disorder develops when an individual is exposed to a stressful and a life threatening situation.

The second classification of disorder is the dissociative disorders,  the characteristics of this disorder may include; mental health problems such as anxiety, a sense of being detached from yourself, memory loss and perceiving people and things around you to be unreal.  The three types of dissociative disorders includes; dissociative amnesia which is the loss of memory due to psychological factors contrary to the physical stress of the brain. The second type is the dissociative fugue where the victims forget themselves specifically their true identity and past replacing them with what they imagine in their mind. The third type is the dissociative identity disorder, in this type of disorder the person develops several alternate personalities which all seems like a normal person and the present personality might not be aware of what’s going on.

The third classification of disorder is the Somatoform disorder; these are mental illnesses that associated with body symptoms such as pain. It’s characterized by; pain, neurologic problems, gastrointestinal disorders and sexual symptoms. The three types of this disorder includes; undifferentiated somatoform disorder which is less specific and requires that a person to show unexplained symptoms for diagnosis. (Bursztyn, 2011) The second type is the Hypochondriasis disorder; victims with this illness are perceived with concerns that they may have a serious disease. Finally, the third type is the body dysmorphic disorder; people with this illness may imagine a flaw which is not with them and the worry about the flaw does not always change.

The fourth classification of mental disorders is the mood disorders; these are types of disorders where disturbances in the person’s mood are assumed to be the major underlying feature.  This type of illness is characterized by low self-esteem and lack of confidence, trouble sleeping and daytime feeling like sleeping, poor appetite or eating too much than normal, trouble concentrating or making decisions and feeling of fatigue or low energy. Types of mood disorders are as follows; depressive disorders (MDD), commonly referred to as clinical depressions or the unipolar depressions. The patient experience one or more depressive episodes after a single major depressive episode. It’s always diagnosed after more than one episode as a major depressive disorder which is recurring. The second type is the bipolar disorder; this is an unstable emotional condition associated with series of abnormal high mood and low mood, the high mood is mostly known as mania and the low mood known as depression. The third type in this category is the substance- induced mood disorder; this is a type of disorder resulting from psychological effects of substance abuse that can cause psychotic problems. This type of mood disorder may also occur as a result of withdrawal from the substance or the chemical of abuse.

The other classification of psychological disorder is the Schizophrenia, this is a mental disorder that affects how a person thinks, feels and act. For instance an individual suffering from this kind of mental disorder might not be able to distinguish between what is real and what is not real and maybe having problems expressing the obvious social emotions such as pity and crying. In the early stages of development schizophrenia may present itself in the following characteristics; hearing or seeing something that is not real, a constant feeling of being watched, strange body positioning, a change in personality, continuous withdrawal from social situations and feeling different to the very important situations. (Butler, 2008) After Schizophrenia has fully developed, it has the clinical presentation such as delusions, hallucinations and disorder thinking and speech. Schizophrenia can further be classified into reactive schizophrenia and process schizophrenia. In reactive, symptoms develop after a period of days or maybe weeks, and if a good prognosis is done, the person is at a high possibility of recovering from the illness. In process schizophrenia, the symptom develops slowly over a period of months or maybe years.

Finally, substance abuse disorder or the drug abuse disorder occurs when a person continuously use one or more psychoactive drugs which can cause clinical impairment and distress. This type of disorder is characterized by physical dependence, the users may have changes in attitude and behavior, changes in appearance, unable to account for simple things and most of the users are rarely truthful. Substance abuse disorder includes; alcohol dependence where the victim continues to use alcohol despite the awareness about negative effects of alcohol, the victims often develops increased alcohol tolerance. (Hollandsworth, 1990) Cannabis dependence is a problem with psychiatric implications, in continuous use; the victim may develop the urge of requiring more and more. Finally, cocaine dependence is a continuous use of cocaine and after 3 months, the affected might start developing tolerance for and require more and more.