Home > Projects/Reports > Pros and Cons of the American Healthcare System

Pros and Cons of the American Healthcare System

Much has been said about the current health care reforms being debated in Capitol Hill. The fact remains, however, that health care in the United States continues to work on the premise that only those with sufficient resources, such as financial resources and access to health insurance, are entitled to proper care and treatment in the event of a disease. The current administration’s goal of implementing universal healthcare still has many challenges to overcome, and the existing structure has, in the meantime, made the case of the US special in the world. According to Weiss (2006), this healthcare policy is aligned with America’s capitalist and liberal economics ideologies, wherein government assumes less control and people will have more incentive to work hard and well if their health and life depended on it. (p. 50) This health care policy perspective has both positive and negative consequences. And this paper will outline some of the most important of these.

The current healthcare system in the US balances the social, political, economic and even cultural interests. There, but with significant public participation, healthcare includes the private sector. This is why it is considered a mixed healthcare system on the market. It operates for-profit and not-for-profit objectives at the same time. The main benefit of this system as many supporters emphasize is its efficiency and efficacy because it fundamentally runs to make profit. A study by Cutler et al. (2006), for instance, found that in comparison with the 1960s, life expectancy today has increased by 6.97 years. (p. 926) 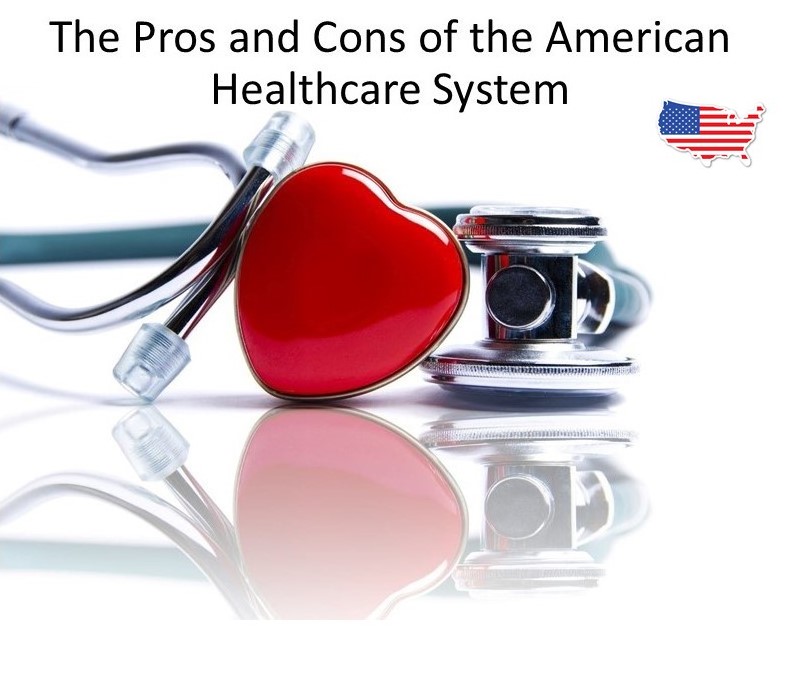 In addition, the current health care system encourages competition, which, for supporters of the model, ensures not only the achievement and maintenance of the best possible healthcare but also, it reinforces the American ideal of individualism and meritocracy wherein people have always worked hard in order to gain the good life. These claims are legitimate. The US healthcare is one of the most technologically advanced in the world and that facilities and healthcare professionals are just some of the most capable and qualified care providers.

Unarguably, healthcare in the US leads in the way treatments and care extend and improve lives. However, many assail it for its astronomical cost, placing heavy burdens on individuals, businesses, states and the federal government since a substantial chunk of the American population have trouble coping with the cost because many still do not have insurance coverage. (US Congress 2008, p. 1) This is a huge problem because it means that many do not have access to- or denied medical care. In other instances, the financial health of some are significantly reduced as healthcare expenditures are known to already bankrupt some citizens. The Congress reported:

Spending on health care services… accounts for about 17 percent of gross domestic product (GDP) – an expected total of about $2.6 trillion in 2009 – and under current law… is projected to reach nearly 20 percent by 2017. (p.1)

The above figures speak for themselves. In tandem with the money that the federal government has to spend for the Medicaid and Medicare programs, they represent one of the biggest problems that hinder the US drive for fiscal soundness and economic recovery. Specific to the issue, the proponents stress that the proof of success for the health care system lies in the use and access to the service and not merely the presence of facility or the capability of the service provider. The focus on privatization of the system has made public welfare subordinate to profit, which for many critics, is unjust and inhumane.

The US healthcare is currently being reformed for the purposes that are cited by this paper – health care access for all. The current regime in place is bent on establishing universal health coverage for all Americans. But the initiative faces daunting resistance from different sectors. The opposition party is particularly averse to the increased regulation of the health care industry and the involvement of the government in providing service. There are those who worry about the increase in public involvement. The argument is that it is costly for the public coffers and goes against the ideal American values of free market and individualism. The protracted debate and the division in public opinion demonstrate the importance of the pros and cons in the issue. This is not surprising because those variables are not merely social welfare issues bur rather, economic and political as well. Resolving the differences, hence, will be challenging as the diverse interests along these areas have to be considered and balanced for a health care system that is acceptable to all stakeholders.