Stem Cell Research- a clash of Science vs. Ethics, could well be a debate that might go on for generations as every individual has a different opinion about the subject.  Should we allow doctors to play God and reverse our own destiny? Should we strive to provide cures that reverse the processes of injury and death? Or do we hold strong on our religious and moral aspects? These are the sorts of questions that have sparked the massive debate we have today. 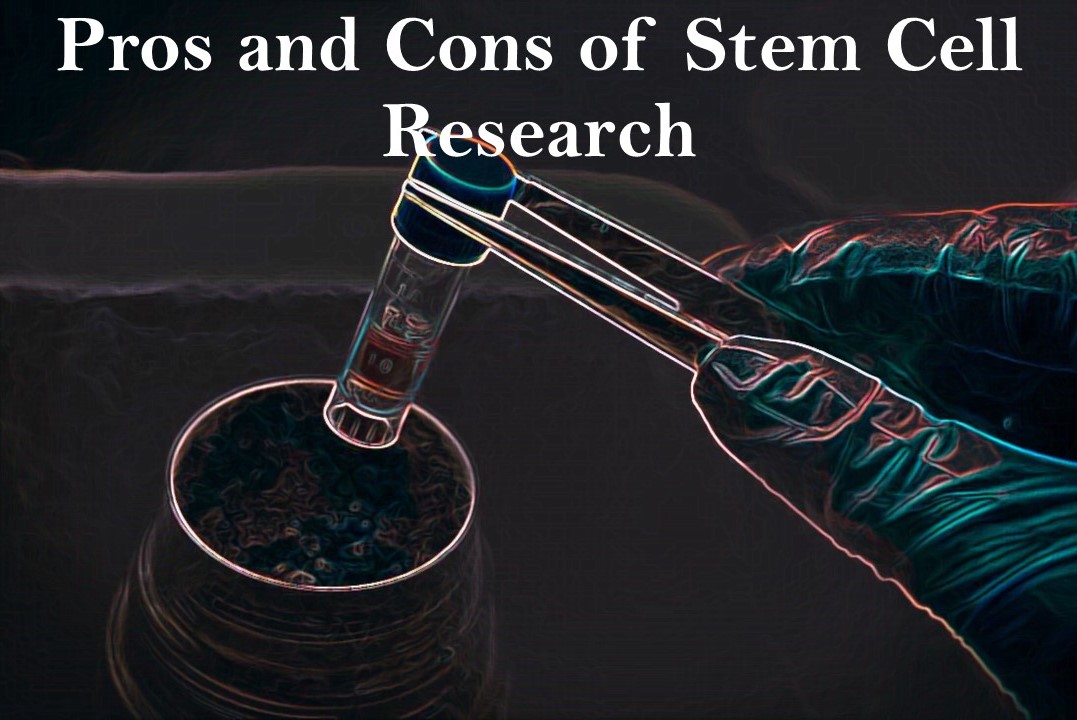 The purpose of our study, though, is not to argue about one particular stand point but to discuss both the view points and finally to allow readers to draw their own opinions and conclusions. However, the process has been improved by including an integrative analysis that outlines previous research, hypotheses, interpretations and responses and then counteracts them with questions and objections so that our readers can draw their own rational conclusion at the end of our study.

The Beginnings of Stem Cell Research

Stem Cells, as defined by The National Institute of Health, are cells that have the ability to develop into different cell types within the body. Two facets make them incredibly important: Firstly, they can renew themselves during cell division and secondly, when grown under certain conditions, they can achieve specialized functions. These cells differentiate and form almost all the tissues of the body- skin, lung, brain, heart and muscle tissues among others. Stem cells can also be divided into two types: Embryonic stem cells and Adult stem cells which differ in both function and characteristics.

According to the UK Stem Cell Foundation, stem cell work was first conducted in the early 1900’s with the discovery that white blood cells, red blood cells and platelets all arose from the same source. However, it was not until 1963 when Ernest A McCulloch and James E Till noted “the self-renewing activities of transplanted mouse bone-marrow cells” that confirmed such theories. Adult stem cells now play an integral role in chemo and radiation therapy as well as in other fields of biotechnology as they are grown and replicated in the lab. The discovery by James Thomson and his researchers from Madison University really helped to put Stem Cell Research on the map (Boyle, A., 2005). In 1998, for the first time ever, he isolated human embryonic stem cells from fertility clinics and then harvested them in the lab. This attempt along with the cloning of Dolly, the Sheep, two years earlier, caused a major ripple within the community.

The Pros and Cons of Stem Cell Research

Stem cell research has paved the way for scientists to decipher “how we are made or formed and try to reverse problems” (Richard Hamilton, n.d). It has been described as having “limitless potential” (McLaughlin, 2009) by many as it can aid in finding cures for diseases such as Parkinson’s, Alzheimer’s, Stroke, Heart Disease, Multiple Sclerosis and Diabetes, and hundreds of rare systemic immune disorders (Drlica,1997, p279) 1998). . There have been a number of researchers confirming the clinical application of stem cells.  Stojanoski et al (2009), stated that stem cells taken from the peripheral blood, bone marrow and umbilical cord can be used to treat haematological malignancies. The same study has also revealed the possibility of utilizing stem cells in the treatment of non-haematological diseases such as heart problems, diseases pertaining to the immune system and degenerative disorders (Stojanoski et al, 2009). Treatment of acute Myocardial infarction using stem cells from bone marrow was also reported by the study(Stojanoski et al, 2009). In conclusion, the report called for further research in the field in order to use stem cells as a verified therapeutic solution (Stojanoski et al, 2009).

Stem Cells can also play a role in the development of organs, a better alternative to relying on suitable donors, which in today’s age can be quite a challenge to get. It can also be used a means to treat infertility in both men and women by nuclear transfer and embryo splitting (Brock, 1998).

The reasons against stem cell research are in the field of faith and ethics. Stem cell research has faced similar disagreement and resistance as is the case with abortion which focuses on how “we should not mess with human life” (Stem Cell Research- Pros and Cons, 2008). Removing a one-week-old embryo from the uterus would result in certain death for the foetus involved, and hence a “life is lost in order to save others” (Hamilton, n.d). Religiously this act is considered akin to murder. According to Rigali, the archbishop of Philadelphia, “This action is morally wrong because it encourages the destruction of innocent human life, treating vulnerable human beings as mere products to be harvested”. The biggest controversy lies in the collection of embryonic stem cells and hence a massive plea has been raised to work with adult stem cells instead of embryonic ones, (that have produced cures in many diseases) and also to concentrate on the use of umbilical cord blood stem cells (White, n.d).

Thus the key argument put forth regarding the use of embryonic stem cells is that “a life is a life and that should never be compromised”. A fertilized egg should be considered a human life, even though it is in its very first weeks. Destroying one human life with the hope of saving another human is not ethical (Experiment Resources, 2008). Thus as per this argument it is unethical for science to deal with stem cells, especially with embryonic stem cells. Theories that have been put forward on stem cells are often “over exaggerated or has flaws” (Brock, 1998), for example there is no certainty that stem cell research can lead to full cloning. Even if stem cells could produce identical humans it “would diminish the value we place on, and our respect for, human life because it would lead to persons being viewed as replaceable” (Brock, 1998).

Despite the ethical and moral reasoning, another threat faced by the research teams is that stem cells can lead to illegal trade of human organs. As the source of the cell is mainly from the embryo, illegal trade of foetuses can be catalysed through acute development of this branch of research (Ganesh, Nathaniel & Peng, 2007)