Pros and Cons of Social Networking

Social networking is now an essential part of our daily lives and its use has increased four to five times in the past 5 years. However the crucial question still remains, whether social networking is a blessing or a nuisance in disguise. Social networking has actually brought a change in their lives to many. It brought families together, gave us exposure to various professions, gave helpful advice to students about their careers and even helped to establish international peace. However, over-exposure to these sites has brought upon many inevitable, everlasting consequences. The creativity and imagination of our younger generation has been reserved to a box. Cyber-bullying, hacking, black marketing, spam and viruses – all are large threats to our society thanks to our social networks. In this paper, I have brought forth facts and statistics to support both sides of this extremely vital issue, along with presenting my very own personal opinion.

Whether we accept it or not, but social networking has become a crucial part of our daily routine. It has been an important trait of the internet ever since it has been created. Now that the human minds have put away their suspicions regarding the computer and the internet being a dangerous military arsenal, they make use of its full potential. (Ally, 2011) Computers of the twenty – first century are particularly important because of they are able to establish connections with each other and hence tend to form the basis of social networking applications and websites, which lets people create a profile of their own background, thoughts, pictures, friends, choice of music, entertainment. (Coyle and Vaughn, 2008) Examples of social networking websites include Facebook, Twitter, MySpace, Hi5, etc. 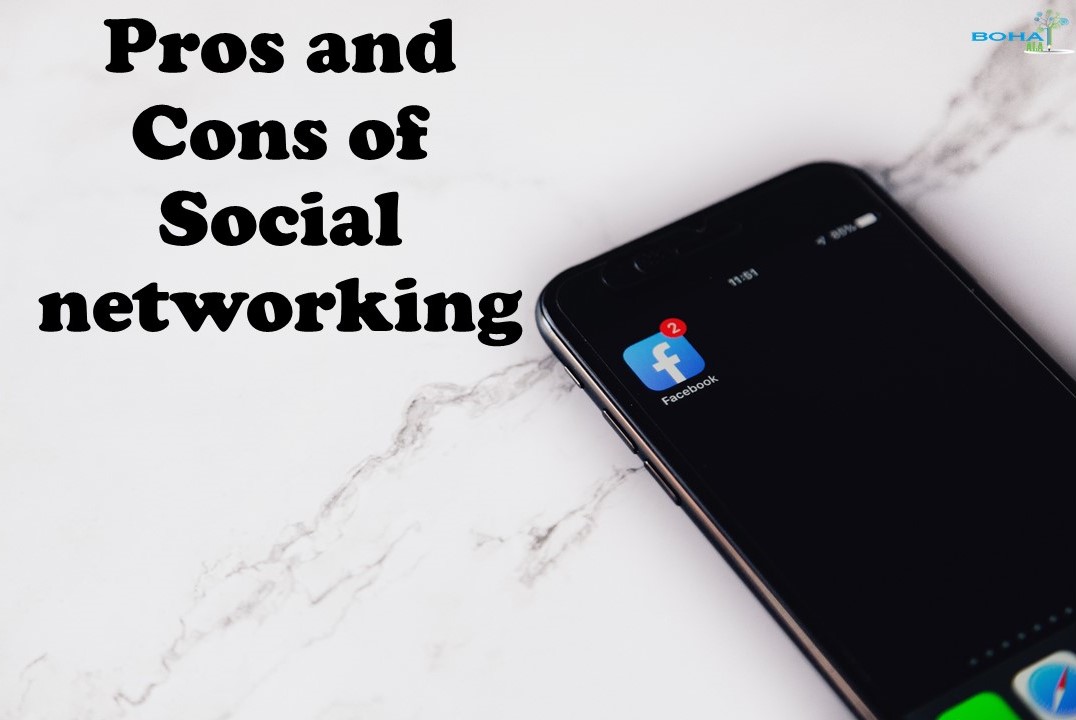 In the recent years, such websites have become very popular. Statistical analysis shows that their use has nearly increased by four times in the space of the last five to six years. In fact, Facebook users can make up one of the world’s most populous country all on their own (see table below). Even Bill Clinton’s cat is said to have its own profile at a random website. (Bill Clinton, 1996)

People in today’s society hold mixed opinions when it comes to the increasing usage of these sites. There are many who claim that they are beneficial to society, while there are almost as many others who oppose their use, arguing that the risks clearly outweigh the benefits.. Thus, it is better to hear both sides of the story before drawing up our own conclusions.

Individuals in favor of social networking argue that social networking sites are of great benefit to those with access to computers and the Internet. Online interactions promote long and short distance communication with friends and family, help people gain important computer skills and provide a medium that promotes creativity and innovation through instant messaging, blogging, photo sharing, event and product advertising and numerous other user-friendly services. Not only that, it brings people of common interest, profession or even computer skills together and helps them to overcome their social concerns by creating suitable opportunities and exposing fresh ideas and ideas. (Coyle and Vaughn, 2008) It is also a great stage of communication for those who are unable to express themselves in person.

Developing and expanding social networking sites has brought great advantages to society.  For students, it is a medium to discuss educational topics of all sorts such as career and educational planning and allows them to communicate with more experienced students around the globe. It has also brought health benefits by dealing with life-changing diseases, alcoholism, drug addiction, weight loss, etc. by interacting with and providing guidance and encouragement to people with similar problems. Election campaigns around the world had an incredible advantage when social networking supported them. Some might think of it as insignificant but these sites do bring a significantly positive effect for the person standing in the election. The best example that springs to our mind is the 2008 election of Barrack Obama as the 44th president of the United States, in which he depended heavily upon social sites such as Facebook to gain popularity among the masses, especially younger generation.

Businesses and organizations have also realized that the use of social networking to promote their objectives can help them gain a competitive edge over their rivals in the market. (Ally, 2011) Moreover, there are some who say, and I myself have to agree with them, that the internet is making an impressive contribution in helping to bring about world peace. How? Well, if I had a dozen Facebook or Twitter friends living in a certain country, I would think twice about invading it? Of course you would too. This is exactly why the line between ‘us’ and ‘them’ is fading day by day, and for several, it has continued to stop existing.

Doesn’t what you just read makes social networking all goodie – good in your view? Doesn’t it make you wonder why there are people who condemn the use of such sites when they seem to be designed just for the mere purpose of benefitting the society? Doesn’t it makes you question why after all that, it is seemed to be the called the ‘bane of a society’ by some?

The answer is so obvious that we don’t even realize that we already know of it. Social networking has created a new world. A world where mothers don’t ask their children how their day was…where couples prefer spending time over their laptops than with each other; where a child willingly spends three hours on Facebook but isn’t ready to spend three minutes on the field (Topper, 2007). Instead of bringing us together, it has split us further.

Along with that, social networking has also made young children more vulnerable to cyber predators and has increased the risk of computer viruses invasions. Teenagers using these sites are unaware of the high probability of the personal information they post, getting into the hands of financial and sexual predators. They assume their data is secure but in fact, they make themselves more prone to security attacks such as hacking, viruses and exposure of personal information. This defenselessness gives rise to cyber-bullying and thus children suffering from it have been observed to undergo a great amount of depression and decreased self-esteem. (Athanasopoulos, 2008) Over exposure to these websites can even cause personality disorders like facing problems in having real life conversations, lack of focus and social isolation.

One of the major drawbacks of excessive exposure to social networking sites is the lower work productivity in various work places and companies. Studies have showed that the working class makes up the most of the percentage of the social network sites users. (See figure below; data source: Google Ad Planner) It has been seen that people trying to concentrate on their work are simultaneously wondering about whether they have received ample likes on their recent status or that particular friend has replied to their latest wall post or not. Therefore the concentration that their valuable and important work requires is never achieved. A study done in 2007 established that even workers were using Facebook in the office timings and this was costing the Australian businesses an estimate of up to $4.5 billion per year. Another research in 2009 showed that the social networking sites were causing an estimate of $12.5 billion to the UK businesses.

There is no denial to the fact that the modern world cannot exist without the idea of social networking. It has become an inevitable part of our daily lives without which it is nearly impossible to interact with loved ones in a distant place. However, prompt check and balance must be exercised at every step to optimize the use of this technology. Human mind remains superior to the technology involving wires and switches but it is vulnerable to the addicting pleasures that these social networking technologies give. Therefore we should apply on ourselves a very simple yet immensely important advice; Social networking must be a part of human life and not THE life.