Pros and Cons of School Uniforms

Generally uniforms are extensively used in different areas of social life including; police and military armed forces, postal services, health profession etc. The biggest advantage of uniforms is the convenience in identifying a person. Even though uniforms at workplaces are accepted by the public, it is not so in schools. The importance of uniform in schools is still a controversial subject all over the world. Students, educators, psychologists and family members have different views on this topic. Often people seems to believe that school uniforms are necessary in the school campuses to identify students from other people. They are of the view that uniforms can prevent the intrusion of external antisocial elements in school campuses. Proponents also argue that uniforms can prevent discrimination and can develop a sense of equality among students. At the same time, critiques argue that unified dress code is the prevention of natural right. They believe that the basic right of self expression is denied when uniforms implemented strictly in school campuses. The mental development of the children will be negatively affected if they denied the opportunity for self expression. This paper analyses the pros and cons of school uniforms.

Benefits and Pros of School Uniforms

School uniforms can provide safety and security to the students. The ‘security’ argument is that “school uniforms make infiltrating the school grounds more difficult for unwanted outsiders”. In most of the school violence cases, the intrusion of outsiders plays a major role. Antisocial elements always try to intrude into the schools in order to exploit the school children for different purposes. Uniform helps prevent intruders from entering school schools and colleges campuses as they can be easily identified by the authorities when some problem occurs on the campus. Therefore, if school uniforms are implemented strictly in school campuses, the chances of crimes can be significantly reduced. 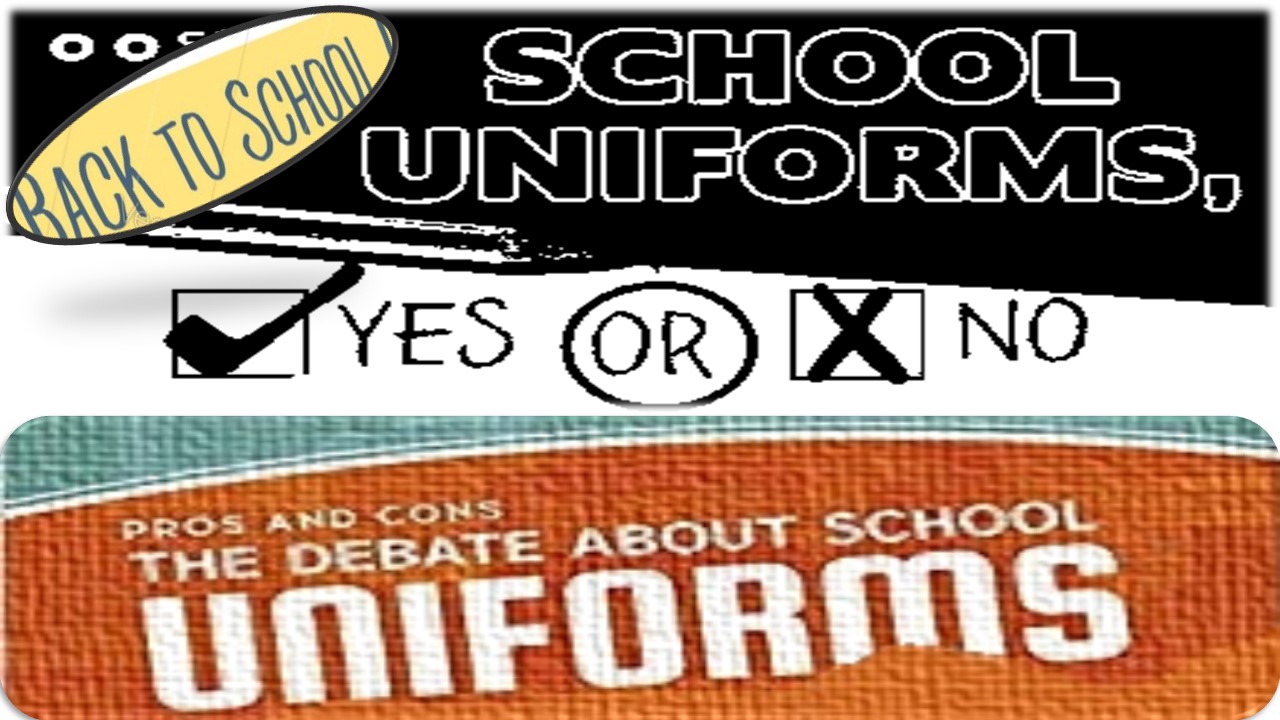 School uniforms can prevent discrimination and develop a sense of equality among students. Because of the differences in financial abilities, school children may bring cheaper and expensive dresses to the schools, if uniforms are not implemented strictly. This will force the school children to compare their dresses. Those who bring expensive dresses may show higher ego complexes whereas those who bring cheaper dresses may feel ashamed. Thus the development of self esteem may become different among school children if they allowed bringing their own dresses rather than uniforms. Moreover, the attention of the students may shift from what they hear in the class to what they see in the class if school uniforms are not there.

Absence of uniforms in schools can create family and social problems also. Seeing expensive dresses of fellow students will encourage poor students to persuade their poor parents to purchase such expensive items for them which may create lot of family and social problems. If the parents fail to purchase expensive dresses for their children, the children may create lot of problems inside the family and in the society. Moreover, the jealousy about the expensive dresses of another student may result in the development of conflicts among students. It is quite possible that segregation occurs inside a class with respect to rich and poor students, if the school uniforms were implemented.

School uniforms also alleviate financial burdens on parents who otherwise have to spend hundreds of $$$ outfitting their kids in the latest designer clothing. Uniforms often add security as it is more difficult to hide weapons while wearing a uniform and school administrators can easily detect non-students. These factors make the learning environment safer and more open.

“The school uniform is every school’s single most visible element. Students in school uniform are in fact walking advertisements for a school, giving an impression of the school for good or for bad throughout an entire town or city” (School Uniform).  School uniforms are symbols of the level of education and discipline in a particular school that speak for themselves. Casual dresses will prevent the school children from thinking about the purpose of their journey to school. In the absence of school uniform, students will consider school as another place like a market, theatre or playing ground where they use casual dresses. In other words, the sacredness of the schools will be destroyed in the absence of school uniforms.

School uniforms can help in: decreasing violence and theft due to clothes and shoes, inculcating discipline among students, reducing the need for administrators and teachers to be ‘clothes police’ (e.g. determining whether shorts are too short, etc.), lowering distractions for students, instilling a sense of community, and helping schools recognize those who are not on campus.

One of the biggest benefit of school uniform is that It is quite possible that school children may wear sex provoking dresses in the absence of uniforms in schools. For example, a teenage girl studying in 9th or 10th standard may provoke sexual energy among the fellow male students if she wear transparent dresses which can reveal her body. Adolescent boys may attract towards such girls and they will try to exploit such girls sexually. It is difficult to control the sexual feelings particularly at the adolescent period and the chances sexual violence in the school campus would be more in the absence of school uniforms.

The school uniforms issue is first of all a rights issue. The impact of school uniforms has hardly been investigated.  Indeed, the very first concern should be what uniforms mean in regard to our rights (Those disgusting School Uniforms). There are many criticisms also against implementing uniforms in schools. One of the major criticisms against school uniform is with respect to the violation of human rights. People often express themselves through their dresses. The personality of a person is often determined by others using the dress codes of that person. By implementing uniforms in schools, the authorities are preventing the proper personality developments of the children. In other words, a violation of human rights is the implementation of school uniforms.

“There is no scientific support for the argument that uniforms are linked to academic success”. School uniform criticism believes that the learning process has nothing to do with dresses. In their view, the student’s intellectual levels, curriculum quality, suitable environment, infrastructure facilities, efficient teachers, etc. are the factors that affect the learning process effectiveness.

To conclude, implementing uniforms in school may bring benefits as well as drawbacks. School violence, segregation with respect to dresses or financial abilities, etc can be prevented if uniforms implemented in schools. In addition, if the uniforms are implemented in schools, students will focus more on their studies than on dresses. Using school uniforms, sexual violence can also be prevented to some extent. At the same time, uniforms can prevent children from expressing themselves through their clothes that will retard their development of personality. Furthermore, refusing to allow a person to wear his own clothes is a violation of human rights. Schools are places where the molding of students taking place. Analyzing all the arguments in favor and against school uniforms, It is strongly believed that the proper molding of students may not take place in schools in the absence of school uniforms.

Use of Beta as Diversified Investor