This paper explores whether it is better to move the Federal prison system into the private sector or to retain it as a federal government. These schemes have advantages and disadvantages, but the most striking problem is whether private-sector companies that run prisons can either remain in business or disappear overnight due to insolvency or by another larger company buying out. There is actually an oligarchy of four or five companies that run prison systems across the country. This does not leave much room for a smaller actor to get into the business, particularly as expenditures are usually the same for both public and private sector facilities, as based on federal standards in service provisions. Ultimately, it will depend on what is the overriding issue that is most important and must be met.

In the American society, where an ever-burgeoning group of people are being detained behind bars for a variety of criminal issues, the result has been a larger strain on prison systems. While Federal systems have certainly felt the strain through annual budget reduction, private sector prisons are finding even more problems in ways to fund their own systems, according to the Federal standards required for maintaining these facilities (Allen & Sawhney 2009). At the heart of the problem is the fact that the inmate ratio exceeds the corrections officer ratio at a rather large pace. Some efforts are now being made at the Federal level to move some criminal actions to a monitoring status rather than an incarceration status so as to alleviate the overcrowding seen at most facilities (Miller 2010). This also leads to the question of whether there should be more private sector prisons rather than Federal systems, as has been the general trend up until now. 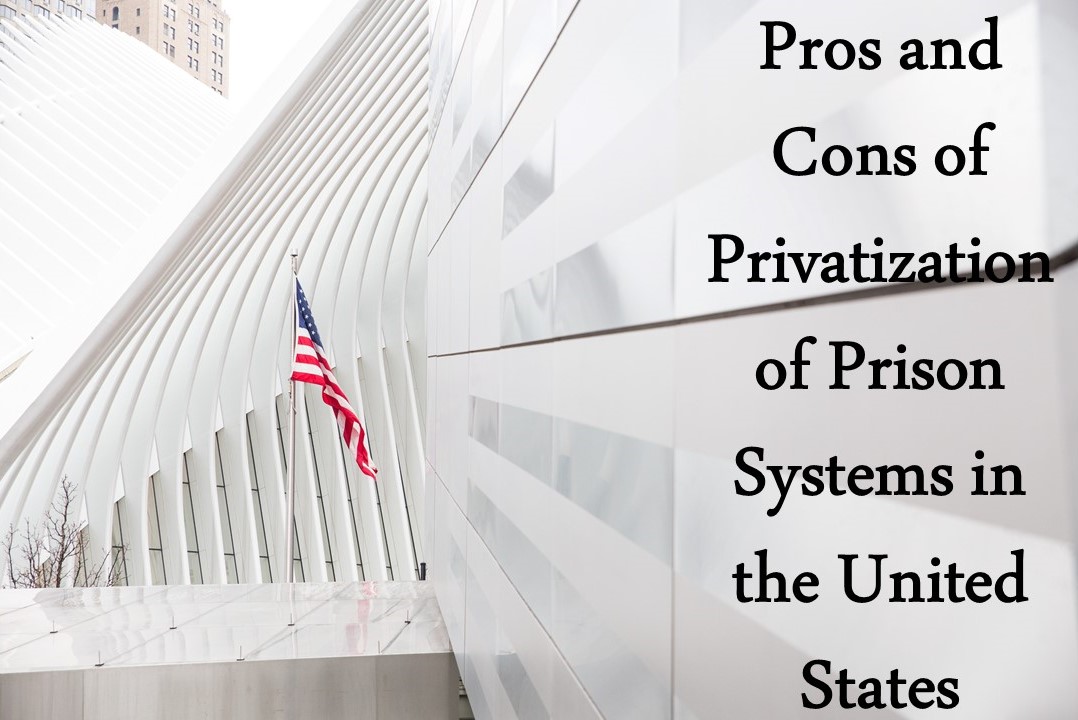 In alignment with the state employees, who observe the state guidelines in handling inmates through their daily processes, rehabilitative services, which are provided to inmates as part of their incarceration, also have state guidelines to be observed (Culp 2012). The government-run facility will therefore work based on the state guidelines for the treatment of inmates and will also ensure that the public is also covered when participating in rehabilitation services (Allen & Sawhney 2009; Peak 2012). Therefore, state requirements must be met, especially with regard to the prisoner’s well-being,

Rehabilitation services, even those used by state institutions, do not operate or provide high outputs in satisfactory outcomes. The problem seen here is that contracts may be written differently than those conducted with state facilities, thus creating a lower level of service (Peak 2012). The incarceration process is, in fact, operated by the government because it is the only entity which governs, by law, how prisoners will be held and what rights they have, along with the services which must be provided (Culp 2010). While private sector companies may state that they can provide such services at lower fees, in truth, these will all cost the same because of government mandates in operations. In truth, there cannot be any real competition as regards the provision of prison system infrastructures because it is one of the few areas that does not do well under free market criteria. Certain government standards must be met in the services provided for the prison system and these are relatively set in stone, thus it is an artificial market (Culp 2010). This, in turn, has led to an obviously limited market for those providers as only the government can purchase these services as the government is the only authority to detain people. Over the years, since the first private company came into service in providing facilities, this has led finally to only four or five companies controlling the private sector in providing these facilities, creating an ‘oligopsony’ (Culp 2010; Peak 2012).

Accordingly, the evidence that private sectors provide equal or better services in correctional facilities and services, is presented in the fact of how many privately-run facilities are reaching accreditation standards as opposed to public facilities. For prison facilities, private or public, to become accredited, prisons must first show that they offer quality services in education, food, health and rehabilitative programs (Miller 2010; Cordner & Scarborough 2010). There must also be low percentages of aggressive episodes between the prison personnel and those incarcerated. Safety regulations must be met for both staff and prisoners, and regulations observed in terms of security, and a safe and comfortable living environment provided for all concerned (Miller 2010). Additionally, all private prisons must meet these regulations as opposed to the state prisons and as of 2005, 10% of public prison had reached accreditation while 44% of private prisons had met those same criteria for accreditation (Miller 2010).

Another problem has been the ever growing population in the prison system which has led to staffing problems when there are not enough correction officers to handle the population in a facility. Some of this has to do with certain types of mandatory sentencing criteria and also the burden of detaining larger groups of illegal immigrants into the country (Miller 2010). In 1979, the Prison Industry Enhancement Certification program, also known as the PIE Program, was created by Congress to utilize the private prison sector in order to help with maintaining the growing criminal population, thus creating the reemergence of the private prisons. In the early 1880s, the first private institutions were created to house prisoners but were later declared unconstitutional, due to the abusive behaviors against the prison population. With the passing of the Pie Program by Congress, and observance of government regulations, the private prison systems are now considered to be as good as any government-run prison (Miller 2010).

Additionally, the funding process must be in place that there is always financial resources available and that there is no chance that a private institution might default, thus leaving numerous prisoners having to be moved to another facility. This is very important particularly if a prison is already overcrowded. Overburdening any jail system with large numbers of prisoners over its capacity, presents problems in having enough corrections officers to maintain peace within the population, between prisoners and between prisoners and staff (Miller 2010). While this might lead to hiring more corrections officers, it can also lead to paying higher salaries, particularly in overtime situations. One guard in California made an astounding $187,000 in one year in 2005, just from regular salary with overtime added on. In a larger picture, 2,400 officers in California made more than $100,000 in that same year (Miller 2010; Schmidt 2006).

With larger prison populations, comes the higher fees in providing more food, more rehabilitation services per prisoner, and the need for more supplies overall. Accordingly, smaller companies providing these services cannot match up to the demand and this causes them to go out of business or be bought out by larger conglomerations, leaving some four to five companies as sole providers of private sector facilities and services nationwide (Miller 2010).

When evaluating whether or not prison systems should transition to privatization, the final result is that a secure system needs to be in place, especially when it comes to financial transparency. Government oversight and audits must also be carried out to ensure that the accounting system is also correct and that there are no costs for non-existing products or workers, as has been seen in previous cases (Miller 2010).

Appropriate personnel levels must also be maintained and encouraged to stay in place through appropriate compensation, although paying overtime in many cases, is not always the answer. Job stress is usually a cause for high turnovers and this can be caused by poor management at the upper levels, and also by the conditions presented by overcrowding (Peak 2012; Miller 2010; Culp 2010). Further examination of why so many people are being incarcerated should also take place in order to find ways to curb criminal actions, so that less people end up in prison. When it is considered that nearly 1 out of a 100 people in the United States has spent time in prison (Miller 2010), then there is obviously a larger problem going on. Economic recession and loss of jobs play a large role in this problem and not much has been done to curb the losses. That is reflected in prison population growth, due to those who commit robberies and attack others, hoping for financial returns.

If it is a question of whether more institutions might be built to house the offenders, then going to the private sector may be the best way to go. It is doubtful, however, that the costs to the prison systems will necessarily be reduced significantly, particularly when there are only four or five private firms to achieve these objectives.