Performance based compensation as discussed in a paper by Banker, et.al., (pp. 22-23) has a great potential of attracting and retaining the more productive employees, “supporting the hypothesis that a pay-for-performance plan acts as an effective screening device by sorting employees by ability”.  It helps to filter the abilities of the employees and eventually highlight the areas where they may be most effective in the workplace.  Performance-based compensation also helps motivate the employees into improving their productivity and it helps provide incentives for them to invest in efforts which have long-term effects for the company (Banker, et.al., p. 22).  The workers have something to look forward to in their workplace and in their daily activities.  They know that by investing their hard work and efforts into the firm, they can potentially improve the productivity of the company.  The authors were also able to establish that in implementing a performance-based compensation, the performance of the workers was improved because the more productive employees diverted more effort into the company and they exerted “more effort to learn how to perform their tasks better” (Banker, et.al., p. 1).  In their analysis, the authors assessed the individual performance of about 3000 employees of a retail company.  After the implementation of the incentive plan, they were able to establish that, the more productive employees were retained by the company, and they were also encouraged to improve their productivity (Banker, et.al., p. 1).  In this case, their compensation became a major motivator for them to perform well and to earn more in the company. 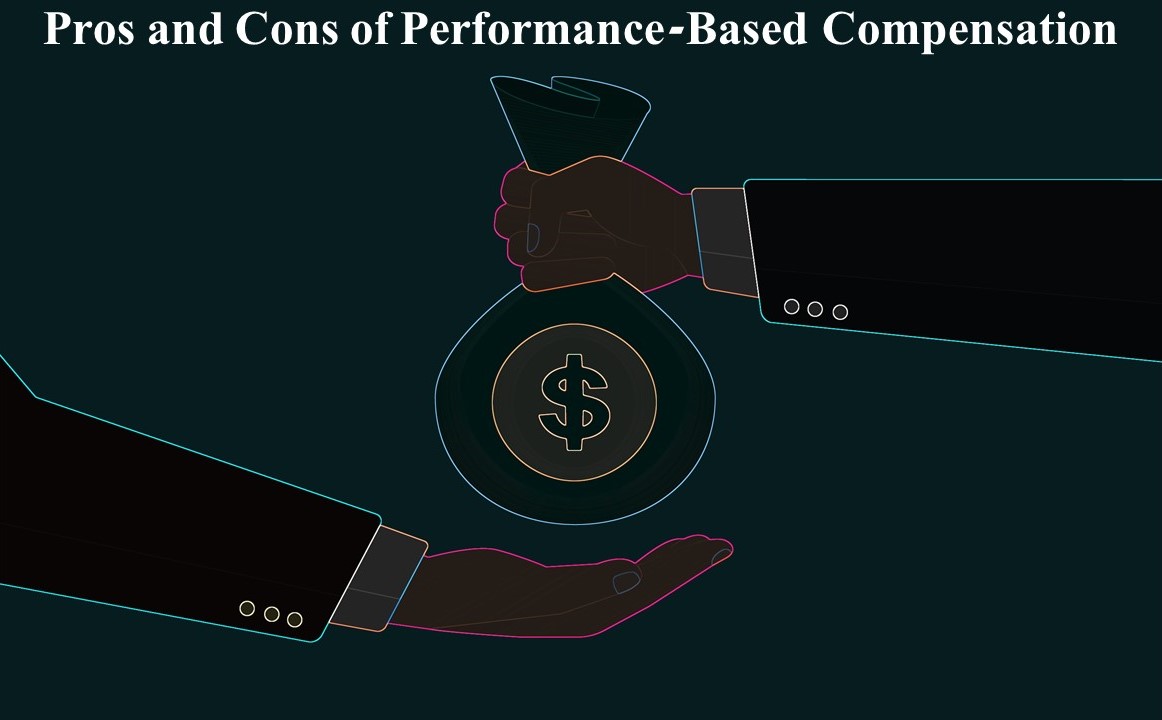 In terms of motivation, the performance-related pay scheme is most advantageous.  A paper by Kauhunen & Piekkola (p. 18) reveals that the PRP scheme significantly affects the motivation of workers.  The results also indicate that personal measures for performance are more effective than company level measures of performance; hence, the measures which make it easier for the employees to assess performance are more important and effective in improving the overall performance of the corporation (Kauhunen & Piekkola, p. 18).  In order to achieve maximum efficiency of this scheme, increase in rates should be pegged atleast at 5% of the total salary (Kauhunen & Piekkola, p. 18).  The bonus or monetary incentives should be substantial enough to ensure impact on the employee’s performance.  The authors were able to establish that “the level of PRP payments should exceed the median to have positive effects, which is in line with previous studies” (Kauhunen & Piekkola, p. 18).  Monthly payments are the most motivating elements in ensuring improved employee performance.  They also help stabilize the employee’s place in the corporation and help ensure that the corporation has a stable performance as far as profits and employee turnovers are concerned.  The PRP scheme resolves to engage the workers in the company, making it a part of their daily investment – one which can potentially gain for them more profits (Estrin, et.al., p. 13).

For some businesses, like service organizations which are based on output, on quality and quantity of their services, performance-based compensation work to their advantage.  An assessment of a service organization reveals that when the organization increased its performance incentives for its employees, customer satisfaction was also improved and increased (Banker, et.al., p. 921).  The employees and service crews were more motivated and engaged to fulfill and deliver the individual needs of the client because they knew they would be able to receive more compensation through their improved delivery of services.  Moreover, for managers, the outcome or performance-based compensation method is also more advantageous for them because it requires “little managerial supervision of employees” (Anderson & Oliver, p. 76).  Service firms present an advantageous picture in relation to performance-based compensation.  The performance incentives like individual bonus plans and profit sharing.  Based on studies by different economic analysts, they were able to establish that “store sales increased on the average after the implementation of the incentive plan and that the positive impact on sales increased over time” (Banker, et.al., p. 922).  The promise of increased compensation for many employees offers good incentives for them to do more, and to deliver quality services and goods to the customers in the service.  In the end, this is encouraging for the company because they can get the most out of their employees and they can also deliver the best services to their customers.

Performance-based compensation is also advantageous for many businesses because it can potentially bring in more profits.  In a paper by Abowd (p. 52-S), the author sought to assess whether managerial compensation in one year had a significant impact on the corporate performance in the following year.  The paper was able to reveal that the payment of incremental 10% bonus for good economic performance for managers was positively linked with a 30 to 90 points increase in the net economic returns of the corporation in the following fiscal year (Abowd, p. 52-S).  The study also revealed that performance-based compensation leading to an incremental increase of 10% after a good stock market performance has been linked to a 400 to 1200 point increase in total shareholder return.  The relationship between higher pay and more benefits for managers is positively associated with a relative increase in the profits of the organization or company.  In simpler demographics, well-paid managers perform better and ultimately earn higher profits for the company.

Performance-based compensation can lead to improved growth and rate of employment.  In a paper by Morton (p. 481), the author sought to investigate the relationship between compensation volatility and the growth rate of employment.  The author first noted that seasonal bonuses, like that seen during Christmas and New Year seem to have more stable employed workers (Morton, p. 481).  The paper was able to establish that there is a relationship between the bonus system and performance-based compensation and the odds of maintaining workers with the firm.  When workers can look forward to the promise of higher pay and bonus pay, they would have more incentive and motivation to stay with the company and thereby provide greater stability for the corporation in general.

Stronger support for improved employee productivity can also result from performance-based compensation.  A study by Engellandt & Riphan, (p. 21) was conducted in order to determine the incentive effects of bonus payments based on the performance of an international company.  This paper confirmed that there is a positive relationship between incentives and effort when seeking to control the department or the individual fixed effects (Engellandt & Riphan, p. 21).  Performance pay based on surprise bonuses serves sufficient incentive for increasing worker productivity.  In companies providing bonuses and performance-based incentives, we find companies who are more likely to yield higher outputs and productive outcomes for the corporation (Riceman, Cahan, & Lal, p. 537).  Performance-based compensation helps ensure a more robust corporation and helps ensure higher stakes for shareholders and improved lives for the managers and the workers in general.  Employees tend to work more and to log in longer hours with the added promise that they might be entitled to the surprise bonuses for the corporation (Engellandt & Riphan, p. 21).  The employees are now more aware that if they work more and perform better, the company would be able to earn more and ultimately share the fruits of the labor with them.

The performance-based compensation scheme also improves employee satisfaction.  In a paper by Drago, Estrin, and Wooden (p. 228), they sought to assess the impact of performance-related incentives to the attitudes of workers.  The study was able to establish that there is a greater amount of worker satisfaction when there are incentives given to employees.  Increase in incentives which may come in the form of gains-sharing schemes can also provide workers with a major stake in the company and increase their identification and commitment to the firm (Drago, Estrin & Wooden, p. 227).  Improved worker satisfaction again ultimately helps to ensure the productivity and profitability of the corporation.

One disadvantage of performance-based compensation is that it encourages competition rather than collaboration among the employees.  In a study of the application of performance-based compensation on teachers, this method of rewarding or paying teachers “stifle reform by pitting teachers against each other in search of a more lucrative paycheck.  Teachers hate other teachers being increased in value if they don’t.  “This increases conflict and dissension at a school” (Solmon & Podgursky, p. 4).  Instead of fostering collaboration and cooperation among the teachers towards a common goal, they are competing with each other for the best place and for the better pay.  There is only so much work which can ultimately be done by teachers when they are paid based on the work they can do and on their performance on such work, they would not share with each other or attempt to collaborate with each other in order to achieve the best outcome for the academic institution.

A disadvantage of the performance-related payment scheme is that the criteria to assess performance can sometimes be inadequate (De Silva, p. 6).  An analysis by De Silva (pp. 1-16) reveals that the criteria which measures performance is sometimes based on biased and haphazard standards.  These may not satisfy the actual standards which can fulfill employees’ needs in the workplace.  These inadequate performance criteria may not also match the reward system in general (De Silva, p. 6).  The criteria by which performance is judged may not sufficiently capture the work delivered and performed by the workers.  It may not specifically meet the needs of the employees based on their individual work and work performance for the company.

There are different pros and cons of performance-based compensation.  First and foremost, it motivates the employees to work harder and to deliver better services and to deliver a greater output for the company.  It also provides better job satisfaction for the employees because they know they can get better pay for their efforts and their hard work.  When employees work harder and deliver better services, they can also bring about better profits for the company and for the business.  It is favored by managers because it also means less work and lesser supervision over employees.  The cons or disadvantages of this type of scheme are based on its application.  In the teaching profession, it can prove to be disadvantageous because it can encourage competition instead of collaboration among the teachers.  It may also prove to be disadvantageous because of the fact that its standards may be based on biased and unfair measures.  Some employees may actually view this method as biased on their part and a method which promotes favoritism.  The standards used to assess performance may also be inadequate and may not satisfy actual standards which measure employee performance.  Finally, it is also a method of payment which does not meet the overall objectives of the organization and of the individual employees.  All in all, this scheme of payment may work for some companies, and it may not work well for some.

Based on the above discussion, I recommend that research be carried out on the types of business this performance-based compensation can be best applied to.  This would help establish which businesses can benefit the most from this type of payment scheme.  Future research on how the disadvantages of this scheme can be adjusted and remedied in order to turn them into advantages can also be conducted.  Finally, research on ways to motivate companies to consider this type of scheme in their managerial processes can also be conducted in order to best serve the company and the employees in general.  This is a payment scheme which has a promising potential for improving employees lives and for improving company profit and performance in general.