In April 2014, the European Parliament voted for bringing mandatory auditor rotation into the EU region. This plan ensures that European-listed firms, financial institutions and banks would have to employ new auditors every 10 to 24 years. The appointment of a new auditor every decade may be extended if a corporation appoints another audit firm to perform a joint audit or initiates a bidding procedure the 10-years mark (Chasan 2014). While the rules of mandatory auditor rotation were also started in the U.S by the 2002 Sarbanes-Oxley Act, Europe’s restrictions would be more stringent. Even though the U.S. companies will not have to adhere to the new EU rules, the subsidiaries of the U.S. banks operating in Europe will be affected (Chasan 2014). 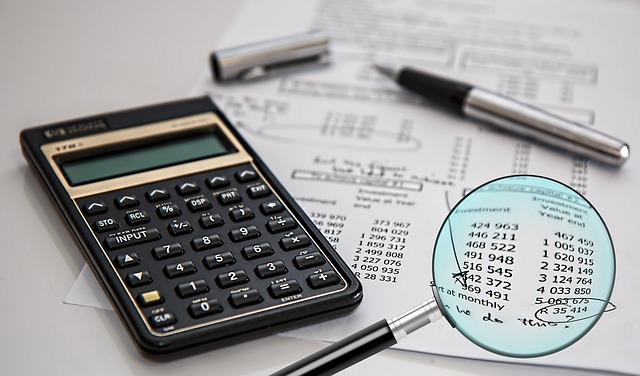 In attempts to identify the factors that influence on the auditor’s independence, Beattie & Brandt (1999) have carried out research analyzing the survey results of 244 audit partners and 153 U.K. listed company finance directors. The survey results have shown that the principal factors related to the economic dependence on which the individual partner’s income depended on the retention of a specific audit client (Beattie & Brandt 1999, 103). On the basis of these findings, policymakers and their decision to implement a compulsory rotation of auditors with a view to improving auditor independence can be seen as fair and rational.

The quality of the audit is one of the most critical issues in the auditing industry. The audit process of higher quality is when the auditor can detect and report on the existing misstatement published by the client firm (Mohamed & Habib, 2012). Thus, a high-quality audit implies the independence of an auditor. One of the solutions to ensure the high-quality inspection is considered to be the mandatory auditor’s rotation (Mohamed & Habib, 2012). Over the past 30 years periodically, several concerned bodies perceive mandatory auditor rotation as a measure that will improve auditor independence. Under compulsory auditor rotation, it is understood that a business or a client firm should not retain the same auditor for more than a specified period (Comunale and Sexton, 2005). Based on this approach, auditors will be less interested in seeking a future economic gain from a particular client firm. It would mitigate the possibility of bias findings in favour of management (Comunale and Sexton, 2005). Another justification for changing auditors is the ability to increase the consistency of the audit by implementing a range of review testing methods and strategies that could be limited due to existing relationships and interaction with the client business (Carey and Simnett, 2006).

The American Accounting Association has recently published the findings of the survey conducted by Daugherty et al. ( 2013). Based on their study findings, “Partner rotation has a clear and negative effect on client-specific expertise. Customer-specific information has a clear and beneficial impact on audit results “(Daugherty et al. 2013, 31). On the other hand, the model predicted a direct and positive effect of partner rotation on both auditor independence and quality of the audit. There are also other different views and opinions on the connection between the independence of the auditor and the reforms of the auditor rotation. Although some studies published in the accounting literature suggest some possible advantages of this measure, other studies show that there is no positive influence on auditor rotation. Moreover, it may cause an adverse impact (Fiolleau et al., 2013).

The Public Company Accounting Oversight Board perceives mandatory Auditor Rotation as the measure that will enable to enhance independence, objectivity, and professional scepticism of auditors (PWC 2012). Michel Barnier, the European Internal Market, and Services Commissioner also believe that the “new measures will reduce risks of excessive familiarity between statutory auditors and their clients, encourage fresh thinking and minimizing conflicts of interest “(Chasan 2014, n.p.). Mandatory rotation of audit firms would prevent auditors from undermining their independence in the result of becoming too aligned with the client firm’s management (Jackson, Moldrich and Roebuck, 2008). The study results mentioned above carried out by Daugherty et al. (2012) also support the approach that mandatory auditor rotation helps improve auditor independence.

In addition, mandatory rotation of auditors may help prevent large-scale corporate collapses similar to the failure of Enron, Tyco, WorldCom, and restore confidence in the regulatory system (Jackson, Moldrich, and Roebuck, 2008). Mandatory audit rotation would include the hunt for new auditors, allowing audit service providers to compete with others and thereby increase the efficiency of their services (Jackson, Moldrich, and Roebuck, 2008). By setting term limits for relationships between the audit firm and client firm, auditors become empowered to provide more transparent audit services as they do not need to protect long-term client relationships (Pinnel 2011).

While certain groups of stakeholders believe that the EU will benefit from the introduction of mandatory auditor rotation, there are also views that it will not bring the desired outcomes. Thus, PWC claims that the perceived benefits of periodic fresh thinking mentioned by Barnier are overweighed by significant costs (Comunale and Sexton, 2005; PWC 2012). One of the most considerable costs is related to the loss at fixed intervals of the auditor’s cumulative knowledge of the company’s business, systems, processes, risks, and people (PWC 2012; Nicolaescu 2014). The Big Four member believes that mandatory audit firm would not improve audit quality and, on the contrary, will result in the adverse effects. The rotation of auditors will also increase the time and distraction of management, as new auditors will require more time to understand the company’s business practices, operations, and financial reporting processes (PWC 2012; Kroll 2012).

Some other investigations also found that mandatory auditor rotation will harm the audit procedures. The main reasons include the following: change in auditors is linked to financial fraud; appropriate safeguards are already in place (including the second review of the partner, rotation of the engagement partners, etc peer reviews, a requirement for the audit committee to hire and monitor the auditor, etc.); reduced audit quality as a result of the loss of client-specific audit knowledge and experience (Comunale and Sexton 2005, 236; Daugherty 2013; Ionescu 2014).

Lack of knowledge of the client’s operations often causes audit failures in the first years of auditor’s work with a new company (Jenkins and Vermeer, 2013; Pinnel 2011). Based on this approach, it is possible to conclude that as only one auditor will understand the industry and specific environment in which the company operates, he will have to give place to a new auditor. Some experts strongly believe that mandatory auditor rotation neither brings automatically greater auditor independence nor automatically ensures high standards and quality of audit (Holding the Line on Auditor Rotation 2012; Kroll 2012).

One more argument against mandatory audit rotation relates to the multinational corporations, which tend to use the Big Four, who are well adjusted to global players (Holding the Line on Auditor Rotation 2012). In this scenario, the compulsory rotation significantly decreases the number of alternatives for multinational corporations, as audit firms not included in the Big Four that lack adequate resources a particular sector or region (Holding the Auditor Rotation Line 2012).

Though a considerable volume of literature is available where mandatory rotation is both supported and rejected, there is a lack of empirical evidence based on the policy implementation’s direct tests. Dopuch et al. (2001, 94) explain it by highlighting the difficulty of obtaining “empirical evidence on the costs and benefits of proposed regulation before its implementation.” However, Ruiz-Barbadillo, Gómez-Aguilar, & Carrera have carried out their research, contributing thus to the literature review by empirical evidence from Spain examining the influence of mandatory rotation on auditor independence (Ruiz-Barbadillo, Gómez-Aguilar, & Carrera, 2009). Based on the research, authors have not found evidence supporting the idea that a mandatory rotation requirement is associated with a higher likelihood of issuing going-concern opinions (Ruiz-Barbadillo, Gómez-Aguilar, & Carrera, 2009, 113).

Even though there was analyzed a significant amount of literature where mandatory rotation is both supported and rejected, there was discovered the shortage of empirical evidence based on the direct tests of the policy implementation. There is a need to carry out more evidence-based research to evaluate the correlation between the auditor’s independence and mandatory auditor rotation. Based on the overall research results, it is possible to assume that compulsory auditor rotation might have some impact on the auditor’s independence due to the minimization of the auditor’s economic dependence; however, there is not enough empirical evidence to support this view. Considering the number of arguments against the introduction of the mandatory audit rotation, it is also possible to assume that it might harm the auditing industry, especially it relates to the Big Four group. The experience of the countries that have already practiced the adoption of mandatory auditor rotation policy and have canceled it should be analyzed in more detail to provide a deeper understanding of the pitfalls and disadvantages of this measure.

Use of UAVs (Unmanned Aerial Vehicles) for Delivery