Pros and Cons of Legalization of Drones For Commercial Use

The drone is a device that has no pilot onboard and is used for fighting in the air and excludes weapons, missiles, and exploding warheads. This device includes airships, helicopters, and all types of airplanes and lift aircraft that are powered but with no pilot onboard (Bennett). For several years, the military department of the United States government has been employing drones in its overseas operations in versatile ways. These include demolishing camps of the terrorists and assassinating and killing terrorists who are high-value targets. However, there is a lot of debate that has been sparked on the legality, efficacy, and morality of this practice, even though capable drones have versatile uses. In the current times, the Federal Aviation Administration (FAA) was ordered by Obama’s administration to develop a plan to permit unarmed drones within the United States airspace. Such a decision was a result of the tremendous demand arising from different stakeholders such as Border Patrol, police, agencies, organizations, and businesses in their quest to use them in the future. This paper addresses the pros and cons of the legalization of drones for commercial use by companies/organizations in the United States.

The pros of the use of drones in the United States by border patrol police, agencies, organizations, and businesses. 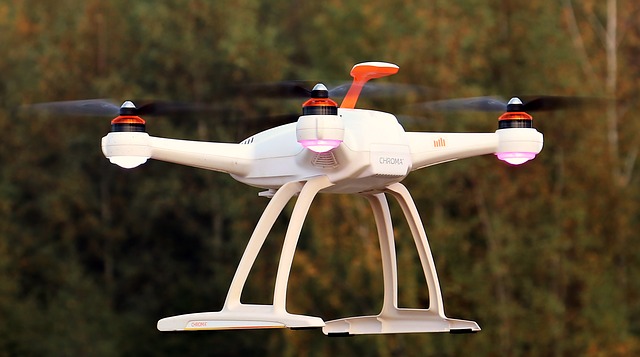 There is low risk involved as a result of military hardware since these devices are comparatively smaller and can, therefore, fly at lower altitudes as opposed to the traditional airplanes. There is the benefit of relatively longer operational hours without any fatigue. This is because drones do not have human pilots and can, therefore, stay in operation for a long time. Besides, the drone operators have the option of handing off the control of these devices without the issues of operational downtime (Gouré).

Another benefit of drones is the fact that pinpoint accuracy is guaranteed. This is particularly desirable in long ranges and greater distances. The result is reduced collateral damage, especially to the civilians and the infrastructure. Drones are deadlier and more lethal when used on the enemy than regular planes in a combat scenario. With the use of drones in war zones, there is increased military intelligence, surveillance, and general reconnaissance on the enemy and war-prone areas. Lastly, it is significantly faster and easier to deploy the drones than other alternatives such as warplanes and other air fighting equipment (Gouré).

The cons of using drones in the United States are border patrol police, agencies, organizations, and businesses.

These are a lot of disadvantages of deploying drones in the skies of the United States. Several cons are highlighted below. The first disadvantage is that drone gadgets have limited abilities since, if detailed intelligence is necessary, they cannot be used to communicate with civilians. According to Bennett, the devices cannot capture information such as the surrendering military force, military base, or any abandoned hardware. The argument here is that drones cannot undertake door to door.

It is also imperative to point out that there are several instances where civilians suffer collateral damage and, on the extreme, loss of lives. This happens during traditional warfare as well as drone warfare. In regards to the feedback from the civilians concerning the drones, the devices have issues such as destabilization and counter-productivity in some regions. They say that drones tend to convert civilians into armed combats. They further state that drones take away brevity and cold heart, such as witnessed among the human military during the war, especially when looked at in the cultural lens. Finally, there are worst scenarios where a fleet or a single drone has suffered take over by being enslaved by the opponent after taking control of it. This is a serious challenge that has proved hard to combat.

In conclusion, it is evident that merits as a result of using drones in the United States by Border Patrol, police, agencies, organizations, and businesses far outweigh the demerits. This implies that the order by Obama’s administration to come up with a plan to permit unarmed drones within the United States airspace is justified.

How to Replace Laptop LCD Screen