Sullaway (2004) defines “hate crimes as crimes in which the victim is chosen for race, colour, ethnicity, disability, sexual orientation or national origin” (Sullaway, 2004, p.250). Unlike other crimes, hate crimes are not committed to take something; they are perpetrated to give the hate family psychological and physical problems. The thirst or desire for domination is an inherited trait in the blood of all the human beings. It may come out in different forms at different times. For example, some white people dislike black people. Same way Muslims are disliked by some of the American Christians especially after the 9/11 incident. It should be noted that 9/11 incident itself can be labelled as a hate crime. In short, hate crimes are happening at all parts of the world in different forms. 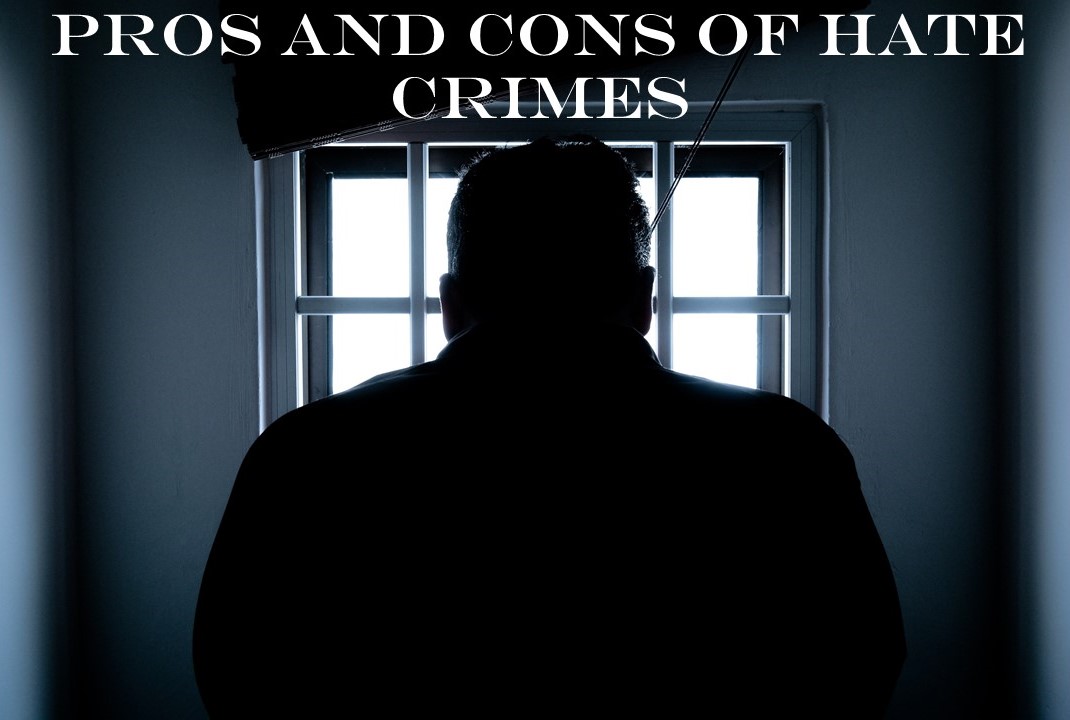 The first recorded “hate crime” occurred in 1922 in America. The Federal Bureau of Investigation encountered a rising Ku Klux Klan, white supremacist movement in Louisiana. Two people were kidnapped, tortured and murdered while thousands more received threats to their person. Between 1922-2006 the KKK and other racist organizations killed thousands of people. In July 1946, two black couples were pulled from a car, lined up and shot by 20 white men. In 1954, in Income, Mississippi, one of America’s most heinous hate crimes took place. The crime, itself, was bestial. As many as 20 men took turns beating and torturing 14 year-old Emmett until his death (Brookes, 2012).

The history of hate crimes started along with the evolution of humans in this world. However, the term hate crimes started to get more popularity only during the Second World War. The modern day history of hate crimes started during the Nazi regime in Germany. Nazis started a massive operation against the Jews community and millions of Jews forced to sacrifice their lives because of it. Germans had a perception that they were the superior race in this world and all the other religions and communities should obeys the laws formulated by the Germans. In fact the major reasons for the two world wars were the superiority complexes of Germans. In recent times, ethnic conflicts were reported from countries such as Bosnia, Herzegovina, Rwanda, Serbia etc.

The Development of Laws Against Hate Crimes

“It makes better sense, legally and morally, to prosecute someone for harassment, trespassing, or disturbing the peace without judging the content of their expression than it does to proscribe certain forms of expression” (Breaking The Codes,1991, p.8). Hate crime reduction laws are in place in America after slavery and racial discrimination have been abolished. In fact normal laws are enough to punish hate crimes since majority of the hate crimes involve real crimes or normal crimes.

The First Amendment does not protect violence and does not prevent the government from imposing criminal penalties on victims for violent discrimination based on their personal characteristics. Americans are free to think, preach, and believe whatever they want. Only when an offender commits a crime based on those prejudicial views and purposely targets another person for violence or vandalism can a hate crime law be activated (Lieberman, 2010, p.83)

Federal Civil Rights Law of 1964 allows the prosecution of anyone who commits hate crimes of any nature. In other words, this law is applicable to the cases in which any person deliberately injures, intimidates or interferes with another person only because of the victim’s race, color, religion or national origin. The 1994 Violent Crime Control and Law Enforcement Act increases the penalties for hate crimes.  Recently, in 2009, President Obama signed the Matthew Shepard and James Byrd, Jr. Hate Crimes Prevention Act, which expanded the existing hate crime laws to a wider canvass.

President Obama signed a law on Wednesday that makes attacking a person because of his or her sexual orientation or gender identity a federal crime. The revised federal hate crime legislation, hailed by advocates as the first major federal gay rights statute, was applied to a defense authorization bill of $680 billion signed by Obama at a packed White House ceremony. The hate crime measure was named for Matthew Shepard, a gay Wyoming teenager who died in October 1998 after being kidnapped and severely beaten, and James Byrd Jr., an African-American man who was dragged to death in Texas the same year (CNN Politics, October 28, 2009)

Apart from these federal laws, several other state and local laws are also prevailing in America against hate crimes.

A hate crime is more serious than a conventional crime because it is more abusive than the immediate victim. When a criminal act is based on factors such as victim’s race, gender, sexual orientation or religion, it takes on some of the characteristics of a terrorist act. The victim and the perpetrator are typically strangers. The crime is not aimed merely at one person; it aims to target and intimidate the entire group of the victim. These acts have been referred to as “message crimes:” violence intended to send a message to a minority group within a community (Hate crime law arguments pro & con. Civil rights concerns about these laws, 2009)

Hate crimes have more cons than pros. It should be noted that crimes in any form cannot be acceptable to a civilized world like ours. Hate crimes prevent the rights of the people who happen to be in a disadvantages position in this world. For example, black skin colour is often labelled as the symbol of inferiority by the White people. It should be noted that plenty of intelligence, personality and blood do not have any colour differences. In other words, there are plenty of black people who have superior intelligence and personality than their white counter parts. For example, the current American president is from a black origin. If a person of black origin can become the president of America and rule the entire white dominated nation, there is no point in under estimating the abilities of black community.

Second, hate violence is intentionally, because of its personal, immutable characteristics, specifically targeted at individuals. Therefore, these are very personal crimes, with very particular emotional and psychological impact on the victim and the community of the victim. Hate crimes are physically injured and can bully other members of the victim’s family successfully, leaving them feeling terrorized, alienated, helpless and unprotected by law (Lieberman, 2010, p.81).

Hate crimes have the ability to cause damage not only to the victim but also to the community in which the victim belongs. A crime committed against a Muslim in America, for instance, would be considered a crime against the entire Muslim community. It should be noted that Osama and few other Muslim terrorists conducted the 9/11 operation. But most Americans now view the entire Muslim community as terrorists. Hate crimes can cause harm to a society rather than a person. In other words, hate crimes have elements both individual and cultural and collective.

Hate crime laws have lot of merits as well as demerits. Many people believe that the penalties enforced for hate crimes are comparatively negligible than that enforced for other crimes. Some people argue that there is no need for specific laws to prevent hate crimes as every crime is punishable under any circumstances. In other words, these people argue that the normal laws itself can be used to prevent hate crimes. However, the statistics reveal that normal laws treat crimes of similar nature committed by whites and blacks differently.

Researchers at the University of Louisville found in 1995 that blacks who killed whites were more likely than any other combination of offenders and victims to receive the death penalty. In fact, looking at the makeup of Kentucky’s death row in 1996 revealed that 100% of the inmates were there for murdering a white victim, and none were there for the murder of a black victim, despite the fact that there have been over 1,000 African-Americans murdered in Kentucky since the death penalty was reinstated (The Death Penalty in Black and White: Who Lives, Who Dies, Who Decides, 2010).

The above facts clearly suggest that American laws treat crime committed by whites and blacks in different manner even if the crime happens to be of similar nature. Racial profiling strengthens the gap between the white and black which is not good for the development of a civilized society.

As mentioned earlier, hate crimes occur in different forms such as race based, religion based, sex based etc. However, race based hate crimes are more prominent than other forms of hate crimes. Lieberman (2010) pointed out that “Race-based hate crimes were most frequent, second were religion-based (anti-Jewish crimes composed a disturbing 66 percent of the reported religion crimes), and third most frequent were crimes against gay men and

Lesbians” (Lieberman, 2010, p.82). Changing life styles and life philosophies are causing hate crimes. For example, lesbianism and gayism are increasing in America at present. Same sex marriages are taking place as a result of that. Majority of the Americans do not like these changing life philosophies. They often conduct violence against those who happens to be gays or lesbians.

“The Ottoman massacres of Armenians, the holocaust (the Nazi ‘ final solution ‘ for the Jews), apartheid in South Africa, ethnic cleansing in Kosovo, genocide in Rwanda and ongoing genocide in Darfur, Sudan” (History of Hate Crime, 2008) etc. Some people argue that the ongoing war on terror and the Middle East conflicts are examples of hate crime. In their opinion, Americans do not like Muslim community and they are engaged in a war against the Muslim community in Afghanistan, Pakistan and Iraq. Same way, they believe that Israel is trying to destroy Palestinians only because of the religious differences between these two neighbouring countries. In short, cultural conflicts can be considered as examples of hate crimes.

Hate crimes are growing across the word and the case of America is also not an exception. The term hate crime was first introduced during the Second World War when Hitler tried to destroy the entire Jews community from this world. Thereafter hate crimes are taking place in different forms at different parts of the world. Race based, colour based, religion based, disability based, sexual orientation based and origin based crimes are some of the popular forms of hate crimes.

Hate crimes have individual as well as social dimensions. The hate crime committed against an individual may affect not only the individual but also the community in which he belongs. In other words, hate crimes are more serious than normal crimes. Federal Civil Rights Law of 1964, The 1994 Violent Crime Control and Law Enforcement Act and the 2009 Matthew Shepard and James Byrd, Jr. Hate Crimes Prevention Act are examples of hate crime prevention laws. Even though plenty of federal, state and local laws are there in America to prevent hate crimes, none of these laws are functioning well which is evident from the fact that hate crime rates are increasing in America. Court often gives different punishments to crimes of similar nature conducted by Whites and Blacks.