Pros and Cons of Group Therapy

Advantages and Benefits of Group Therapy

One of the main benefits of group therapy for an individual is that it provides the individual to identify himself with other individuals. This in turn helps in reducing the sentiment of being isolated from the world and they even experience a decline in their feeling of shame. When individuals who share similar attributes such as diseases sit together they feel that they will be understood by others.

A study was conducted by Mejias in which the author employed 9 women suffering from disability (Mejias, 2014). The research helped in identifying that women experiencing disability join a peer group comprising of females with disability, they are able to think positive about themselves and disregard what non-disabled people talk about them. The researcher even identified that similar relationships that women develop with each other in disabled peer groups help them in providing them with a feeling of belongingness. 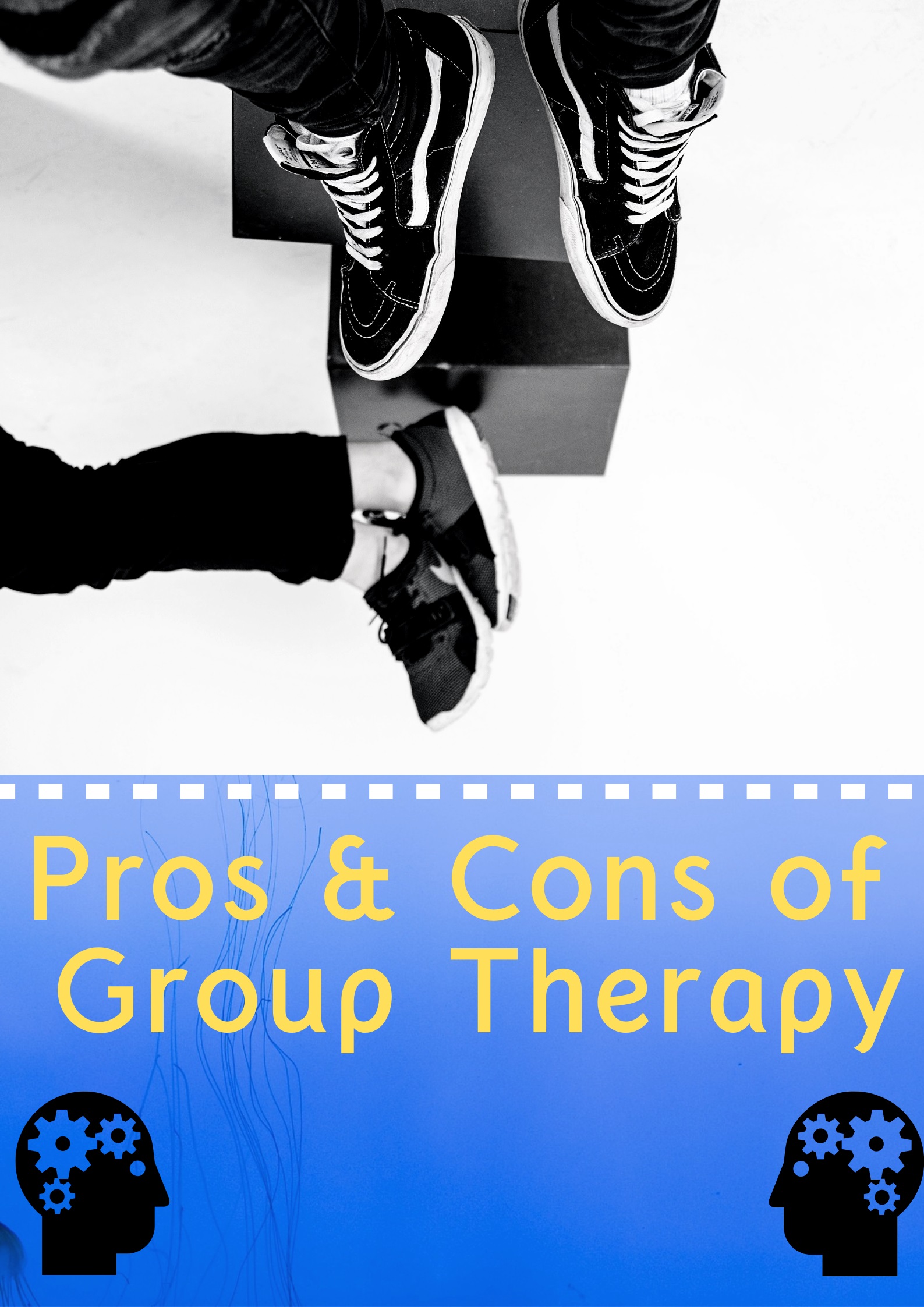 Another major benefit of group therapy that it offer to the members is that such therapies encourage them that they can find a solution to their issues and this provides them with the hope of recovering from the health problems. A research was conducted by Sowards et al. in order to identify how peer group therapy comprising of female drug related crime offenders responded to the therapy (Sowards, 2006). The researchers identified that these group therapies helped in increase the help of drug related crime offenders and promoted them to continue or indulge in different treatment programs. The researchers even identified that their hope levels increased when they were connected with a peer who was recovering from their drug addiction as a result of indulging in treatment programs.

A third benefit of peer group therapy is that it increases the accountability of people suffering from different disorders. In peer group therapy, individuals have to disclose information regarding them. They have to inform others about how well they are complying with treatments. Due to this the members feel that they are accountable for their progress to other group members and they continue to obtain treatment and this even decreases the probability of these members skipping on their treatment programs.

According to Bryant, group therapies such as therapeutic communities are quite helpful in countering recidivism rates. Bryant states that these communities that are developed in prisons comprises of various group members and due to peer pressures that is developed within the group, individuals are restricted from and even encourage to stop breaking laws and comply by the rules of the parole and probation after they are released from jail (Bryant, 2011).

Cons or Disadvantages of Group Therapy

One of the major drawbacks of group based therapy is that patient’s confidentiality of personal information is at stake. This is because in group base therapies an individual has to inform the entire group about quite minute personal details. These details include information about their disorders and issues as well as information about their backgrounds and families. Due to this, the risk of their personal information being leaked in the general population is quite high. A research was conducted by Roback et al. in which the researchers surveyed 55 group leaders who were operating in 33 different rehabilitation centers (Roback, 1996). The researchers identified that confidentiality was a major concern of the physicians and they believed that it is a major factor that stopped patients from indulging in group therapy. They even stated that the issue was that co-group members used to disclose confidential information about a patient to their own close family members.

A second major drawback of group therapy is that patients in group therapy do not receive enough one to one consultation time with the group consultant and they even do not get enough time to participate. Due to this lack of time provided by consultants as well as lack of time provided to contribute and discuss individual issues faced by a patient, patients are at a higher risk of dropping out or not attending group therapy at all. A study was conducted by Spring et al. on the factors effecting dropout rates and retention rates of 29, 979 individuals who participated in a group treatment therapy called MOVE (Spring, 2014). The researchers identified that they were able to retain and increase participation of 62% of those participants who were provided with individual consultation before their membership with the program (Spring, 2014).

Group therapies are quite time consuming and recovery is quite slow in most cases. Due to the slow speed of recovery, patients either dropout or do not subscribe for such treatments at all. Patients expect a fast recovery and the slow speed of recovery becomes a demotivating factor that leads to dropout. According to Harvard, the dropout rate of patients in different psychology based therapy increases if patients are aware about the time it would take to recover and dropout rates are higher if the treatment completes in a short period of time (Health.harvard.edu, 2014).

The benefits of group therapy is that these therapies provide participants with an atmosphere where they feel that they are being heard and other group members understand their issues and group members make each other belief that solutions to their problems can be identified and they provide each other with hope. Group therapies even increases the accountability of the patient as in group therapies the patient is not only accountable for his treatment for himself; his progress is even monitored by the group members. A major drawback of this form of treatment is the probability that the confidential information of a patient may be shared with the external world. Another issue is that in this form of therapy individuals do not get enough attention from the consultant and the process of recovery in such treatments is quite slow which demotivates the members from continuing with the therapy.

Pros and Cons of Online Shopping