Pros and Cons of GMOs

This essay discusses Genetically modified organism is organisms, plant and animals whose genes have been altered in order to get better results. To get larger organisms and make them mature quicker, they are changed. Most nations do not recognize such organisms because they say that they tend to hurt people. They many have harm but at the same time they tend to have some benefits when there is a shortage of the food supply since they mature fast. They therefore assist to satisfy the high demand for food. Most of this organism are not labeled that they are genetically modified. Genetically modified organism has many advantages and disadvantages those scientists and nations are contemplating on the use on human food.

Genetically modified organism has been greatly tested by a scientist who has found their effects to be safe to humans. The studies indicate the organisms are safe for consumption. Many countries that are experiencing food shortage have been encouraged to grow and develop genetically modified foods which mature faster to meet their needs (Sonal 76). 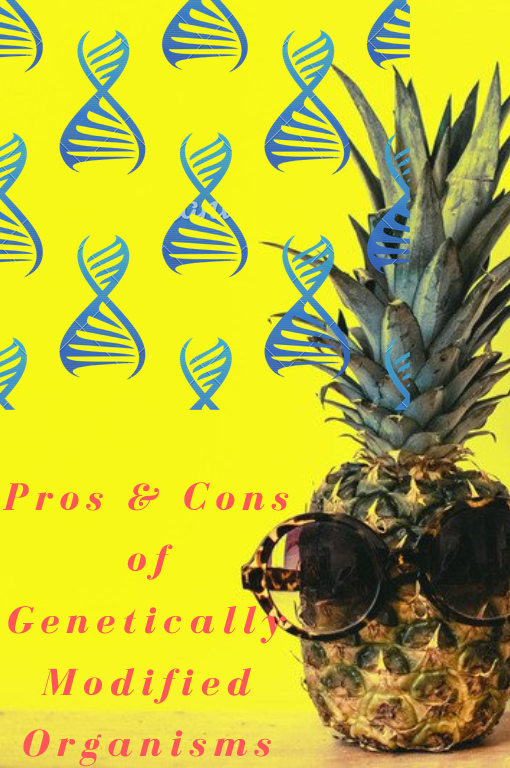 Genetically modified organism help increase food supply. These organisms grow very fast than the normal organisms hence is a solution to the increasing population and demand for more food. The fast growing will also increase the income for the farmers since they will get their produce within a short period. Genetically modified organisms create plants that are better resistant to pests, weeds, and other diseases. This will help to reduce the budget used in farming (Braman 42). The farmers will also not be exposed to harmful pesticides and soil will remain natural and fertile for longer.

Genetically modified organisms create food with longer shelf life. This means the foods will stay fresh for longer before they can expire. The food can be transported to further destinations and are able to reach consumers while fresh. Farmers are able to export their produce and earn more income. Genetically modified foods can also be grown in unnatural places. This is of benefit since they can’t limit the place where you can grow. Some crops are modified to grow in saline soils, and the land is used better.

Some of these organisms have added antibiotic features that are added to them to make them immune to diseases and virus. When humans eat these foods, the features persist in their bodies making the antibiotic medication less effective to them. Hence, they are susceptible to diseases.  Some modified genes may escape to the wild and cross over to weeds. The weeds also develop resistance to pesticides and can be hard to control.

There are cases of animals dying after eating genetically modified foods. This happened in United Kingdom where genetically modified potatoes were given to cows, and they died. It was later found out that the potatoes destroyed the immune system of the cows causing them pre-cancerous growth in digestive tracts (World Health Organization 1). This case and others have shown how the modification is harmful to other organisms, and the world food program is discouraging its use.

Genetically modified wheat have been found to have a protein called gliadin which stimulate appetite hence people can eat up to 400 calories per day. Consuming high calories causes obesity, which is not healthy; one is at risk of diseases like high blood pressure and coronary heart disease. From a study conducted at the Russian academy of science and national association of gene security, genetically modified soybeans were found to reduce mortality rate and increase inability to conceive (Weasel 200). The results were found after doing research on hamsters for three generations.

Research that regards all the aspects of the genetic modification of food, and although they prove to be safe, there is a big concern that these organisms have not been tested for long-term possible effects because the technology is new. The tests depend on the individual judgment and those sensitive to food taste. However, there is likelihood that consumers may suffer its effects in the end. Some take it as a business venture and add harmful genes without caring the adverse effects to human beings (Cummings 99).

Genetically modified organism alters the taste of food. Culinary institutions suffer from the choice of what ingredients to use for the taste of food are most important to them. Most people will also prefer organic food. In my opinion, genetically modified organisms have many negative effects that nations should discourage its use and venture into alternative ways to provide food to the fast growing population. The government and ministry should extend irrigation to dry areas and use greenhouses to increase food supply of organic food.