Pros and Cons of Genetic Engineering

The growth in the modern technology has significantly brought its application in genetics and engineering. The term Genetic Engineering (GE) has different meanings, but GE generally refers to the transfer of genes from one organism to the DNA of another of the same or different species using molecular biology techniques to create an advanced organism, ‘ genetically modified organism ‘ (GMO) (Shah Web). Such organisms may include humans, plants, and animals. The GMO The new organism has a better taste, is long lasting, is disease resistant, develops faster, and has higher yield depending on the type of organism. GMO influence technology, economy, politics, environment, social life, ethics, and science thus very significant. To prevent the population from risks, hazards, or complications from GMO’s, government and non-governmental organizations are in the front line to regulate Genetically Engineered. In relation to genetically engineered foods, this paper discusses GE.

Notable is the fact that there is no labeling for GMO’s. Hence, most people are prone to consuming without knowing. The EPA, the USDA, and  dominantly the Food and Drug Administration (FDA) under the Federal Food, Drug, and Cosmetic Act has the powers and mandate to control the safety standards for GMO’s. Indeed, FDA can institute legal action against Genetically Engineered that poses any hazard to the public. To this extent, the Regulatory Agencies consider safety and potential health dangers that the GE pose to the society. Such dangers may include increase in antibiotic resistance, serious allergic reactions, and high toxic levels in the body. The regulatory agencies equally consider the effect of the GE on the environment. Indeed, GMO’s can lead to the creation of new viruses that entails genetically engineered genetic material that can cause widespread death of organisms. At the same time, GE can lead to permanent disruption of the natural ecosystems. Moreover, regulatory agencies consider the ethical problems that GE poses to the community. Actually, GE generates serious ethical issues with various religious groups. Indeed, Hindus, vegetarians, Buddhists, Seventh Day Adventists, Jews, and Muslims hold negative opinion on GE as it tampers with the natural pattern of life. The regulatory agencies also consider the nutrient content and toxicity levels of the GE (Epstein Web). More so, invasiveness of procedures, and unanticipated welfare concerns due to the limitation in controlling the integration site of foreign DNA are also areas of consideration by the GE regulatory agencies. 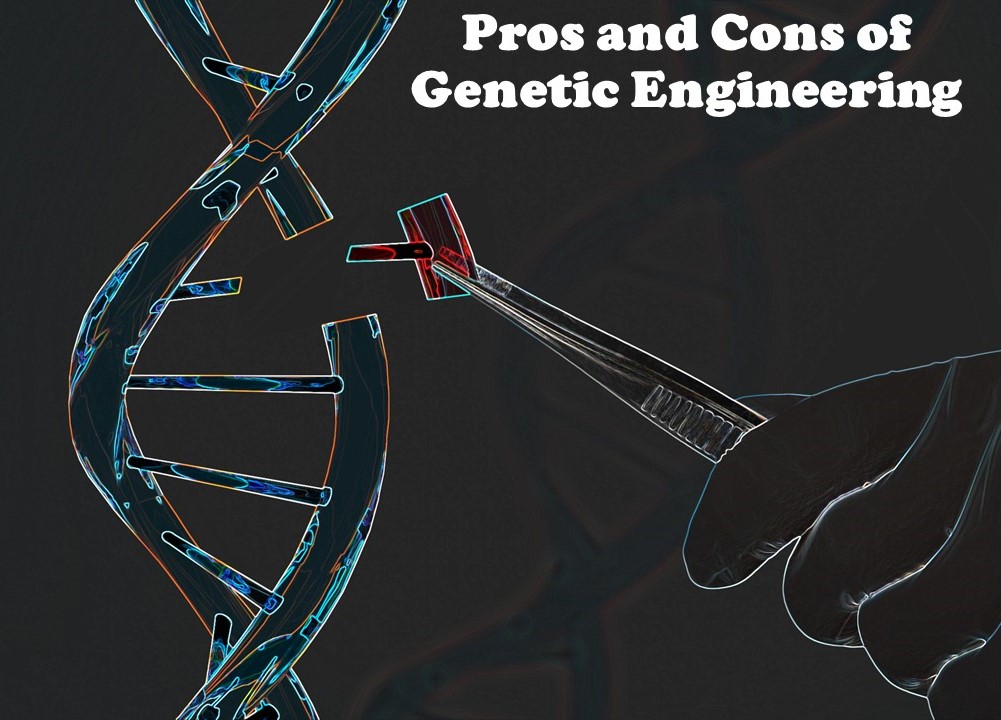 Pros and Cons of Genetic Engineering

Despite the efforts of regulatory agencies to control GMO’s, they still reach the common citizen with benefits and significant hazards. GE provides a chance to access Healthier and cheaper food. Indeed, GE foods contain increased levels of omega-3 fatty acids, leaner meat or more milk, and other important nutrients that lack in natural foods. More so, GE foods have increased resistant to pests, can survive under unfavorable weather, and thus cost effectiveness in productiveness. Most importantly, GE foods are now theoretically necessary to reduce world hunger. In addition, GE gives access to new source of medicines like infection-fighting drugs for people form engineered animals. Indeed, this helps in treating various diseases. At the same time, GE produces plants that are tolerant to specific herbicides hence reducing the need for tillage and thus reducing soil erosion significantly. Nevertheless, GE food is not affordable ton all due to the expensive technology inn application. It also results in crop uniformity, thereby reducing genetic diversity and promoting the vulnerability of diseases and pests in plants. In addition, the evolution plants that are more resistant to diseases and pests from GE, this can consequently lead to the emergence of resistant pests and super weeds. Most importantly, GE foods may contain allergens, toxins, and genetic disparities that have severe effects on humans. Furthermore, there is fear of unexpected consequences from the consumption and planting of GM crops. Ethically, GE is always at odds with vegetarians and most religious groups criticizing disruption of life (Heaf Web).

The Role of Genetically Engineered Foods In The Future

The world seems to agree that GE foods are essential in our modern life. There are processes that are in the initial stages that seek to the development of foods that lack antinutrients, allergens, and natural toxicants in the future. Additionally, GE foods will rely on genetic modification and other molecular and biochemical techniques to invent better foods preserving methods and discover the biochemistry of fruit and vegetable ripening and deterioration that is a huge problem by now (National Center for Biotechnology Information, Web). At the same time, GE will foster the production of highly dependable sources of vaccines, drugs, and other industrial material necessary for future industrial development. Most assuredly, these aspects will seemingly guarantee a safer and healthier world food security.

My Thoughts on Genetically Engineered Foods

Personally, I think that the benefits of Genetically Engineered Foods surpass the demerits and fears associated with the same. Indeed, GE foods have significantly led to significant contribution to the health and food security of the world. Nevertheless, there is need to improve genetic engineering processes to minimize the presence of allergens and toxins in GE foods. With this, I can guarantee a higher positive contribution of the GE foods in the future. As such, I think that we should improve genetic engineering on foods to minimize the eminent health hazards that GE foods propagate.