Not so long ago, the Internet was mostly the province of academics and programmers, and the World Wide Web was a vague idea in the minds of a few researchers. Today both are witnessing unprecedented interest and explosive growth. Web pages are produced at an amazing rate. The fundamental challenge of designing Web pages is that while producing a Web page is simple, creating an enticing and exciting one is more challenging.

HTML, the markup language that defines a page’s appearance, is easy to learn and does not require programming history. To order to meet the increasing needs of Web page writers, HTML has undergone many revisions. What can be done within HTML, however, is restricted. The Java programming language has been implemented to greatly extend the set of tools of the Web developer, but is more complex than HTML. Java is very easy to learn, but it’s not easy to master like most programming languages. More and more scripting languages have arisen around the WWW in this sense. Some of this report’s most common scripting languages are: JavaScript, CSS, XML, XHTML, and PHP. As emerging technologies, this report will also address XSL. 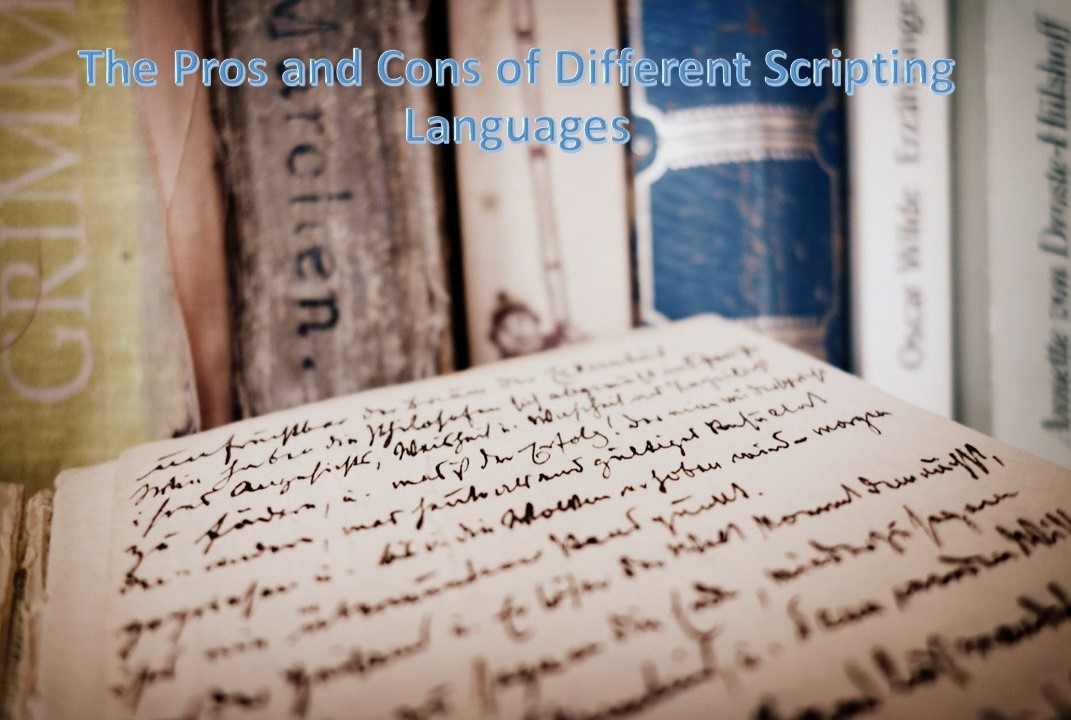 Pros and Cons of JavaScript

JavaScript offers a new level of sophistication to the web page writer without needing him to become a developer. JavaScript brings dynamic and powerful capabilities to Web pages, yet JavaScript is no more difficult to learn than HTML. JavaScript can be used to solve common problems, such as input form validation, and can also be used to construct dramatic and visually appealing content that is impossible with HTML.

Below are the limitations of CSS as taken from W3C Specification:

However, although it claims to support all major browsers, W3C estimates that Microsoft Internet Explorer version 6 lacks support for about 30 percent of CSS2 specification properties and, more importantly, misinterprets a large number of important properties such as “length,” “height,” and “float.”

Pros and Cons of XML

Another important and popular technology when it comes to scripting is XML. XML is a markup language for standardized data-containing files. Norman Walsh describes organized information as:

“Structured information contains both content (words, pictures, etc.) and some indication of what role that content plays (for example, content in a section heading has a different meaning from content in a footnote, which means something different than content in a figure caption or content in a database table, etc.). Almost all documents have some structure.”  (Walsh, 1997)

A markup language is a mechanism to identify structures in a document. The XML specification defines a standard way to add markup to documents. XML is used primarily for data storage, and for data transfer.

XML document consists of two sections Document Type Declaration (DTD) and the Document Data. The DTD begins with DOCTYPE <document_type_name>       XML documents could be Type-valid if the document conforms to its DTD or Well-formed and not be type-valid, because it violates the structure of its DTD or it has no DTD at all.

XML gained its strengths in data transfer and document storage and processing, which are well represented with the following features:

XML also has the following weaknesses:

Pros and Cons of XHTML

XHTML stands for EXtensible HyperText Markup Language which aims to replace HTML. It is almost identical to HTML 4.01 and is a stricter and cleaner version of HTML

Pros and Cons of PHP

‘ PHP, short for ‘ PHP: Hypertext Preprocessor, ‘ is an open-source, reflective programming language used primarily for server-side applications and dynamic web content, and more recently for other software applications.” (Wikipedia, 2005). Unlike the other types of scripting discussed above, which are considered client-side scripting, server-side scripting is a web server technology wherein the user’request are processed and fulfilled in the web server to create a dynamic HTML pages.

PHP as a scripting language earned criticisms generally for its syntax, built-in functions, and security, as taken from wikipedia.com. These can be summed up in the following:

Pros and Cons of XSL as Emerging Technology

XSL is a collection of guidelines for describing and addressing XML file transformation. It consists of three sections: XSL Transformations (XSLT), a language for XML transformation; XML Path Language (XPath), an expression language used by XSLT to access or refer to parts of an XML document; and XSL Formatting Objects (XSL-FO), an XML formatting semiconductor vocabulary.

This cannot be done with CSS which only allows to style HTML and XML.

Web based scripting languages offer a variety of features and advantages when building a dynamic and rich website. It creates highly presentable pages that interacts with the user and is relatively robust and useful, and adds a new dimension of interactivity to the Web.

It is within the best interest of the web author to make their work accessible to all. Whether they have something to say, information to provide, a message to preach, feelings to express, or a product to sell, using these wide ranges of script functionalities and capabilities can be used to convey these valuable information.

As we keep up with the rapid pace of change that has been the norm for the past few years in the software and Internet development world, web sites will probably become more like full-blown applications-instead of their current relatively static nature as new specifications and new versions are released for the benefit of the connected world.