There are quite a few of the benefits of using Bitcoin digital currency. It is possible to send and receive money at any time and anywhere in the world. There are no worries about border crossing, worrying about banks being closed, or other limitations that may happen when you need to transfer money. You have full control of your Bitcoin assets, and there are no government controls or central authorities involved in this currency. No other currency in the world can compete with the digital currency in terms of the freedom it offers to individuals (Ali et al., 2014). Before introducing digital currency, many business deals prove impossible because of the limitations of the coins. However, such aspects are no longer applicable to digital currency as businesspersons are likely to enjoy a higher level of autonomy and choice (Ali et al., 2014).

The security and networking for Bitcoin users are safe, and they have complete control of their transactions. There are no extra fees charged by merchants without the user finding out. The user gets in touch first with the merchant before charging them any additional fees. Also, Bitcoin protects the user’s personal information so it cannot be viewed by other people who could in-turn, try, and steal their identity (Cook, 2014). However, all payments in bitcoin cannot be transacted and finalized until the owner’s information is linked to the transaction. Therefore, the backing up and the encryption of the Bitcoin guarantees safety for the money. 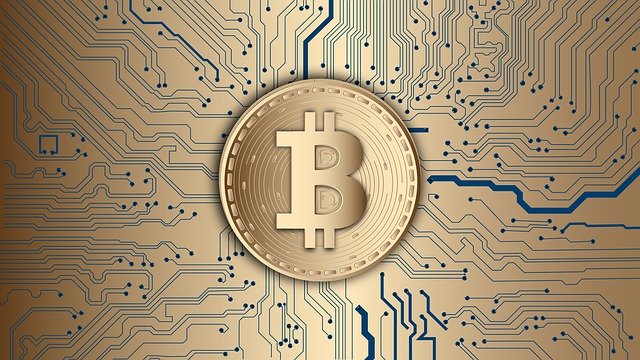 The user’s information is transparent by using the blockchain, where anyone can view all finalized transactions, but your personal information is blocked or hidden from everyone. You can verify transactions anytime in the Bitcoin blockchain. Due to Bitcoin being cryptographically secure, it cannot be changed by any organization, government, or person. There are usually no fees or meager fees when making payments to Bitcoin unless you want it done quickly (Dumitrescu&Firică, 2014). Then you can increase the cost so that the payment is processed faster. The Digital Currency converts bitcoin into flat currency, which helps the merchant process their transactions at lower fees than when using credit cards or PayPal.

The risks are few for Merchant transactions due to bitcoin’s system being cryptographically secure, where fraud is not possible. It is tough to break the blockchain, which is the public ledger.

It is safer to use bitcoin than credit cards, debit cards, and PayPal, where the crime rates and fraud rates are high (Greene & Shy, 2014).

The lack of understanding or awareness of the digital currencies and bitcoin has made the coins limited to the users already applying it to their lives. There should be networking and education for people, businesses, and staff that work for the companies because this would be beneficial to everyone involved. Activities such as Overstock and TigerDirect that accept bitcoin as payment because of the advantages, however, are small compared to the physical currencies. Unless there is sufficient education on the use of bitcoin and its potential benefits, many people will remain the not preferred currency (‘Insight: Advertising – Digital Currencies – Reward and incentivize consumers,’ 2014). Only a few businesses realize the value of bitcoin, and it is still in its infancy stages. This means that as it grows to a measure of stability, people should receive education on its use.

The risk in bitcoin is due to its instability and unpredictability due to its limited amount of demand for them. However, this is changing daily. The price for Bitcoin should eventually go down as more companies, trading centers, and media accept bitcoin. Currently, bitcoin currencies are unstable due to inflation in different countries. The volatility of the digital currency poses a risk to those intending to use it in business. The fact that bitcoin has not attained its full potential explains the current volatility (Rotaru, 2013). One can only hope that as it exhibits growth, it will be more secure and accessible. Moreover, many people associate the volatility with unpredictability. This means that few people are willing to use it until it stabilizes.

There are rumors about bitcoins being used for illegal drug transactions where a US Senator called it “one-stop-shop for your illegal drug needs” and where people can have the drugs delivered right to their front doorstep quickly and cheaply (Zetter, 2014). You can log on to Silk Road, and then you are now in the Amazon of illicit substances with different product offerings from different sellers that vary in cost and potency (Sablik, 2013).

“If bitcoin stabilizes and increases in popularity, it will become an increasingly useful resource for various criminal activities outside the cyber domain,” writes the FBI in the study (Zetter, 2014). “For example , child pornography and Online gambling are illegal practices that are already taking place on the Internet, requiring simple transfers of payment. Bitcoin might logically attract money launderers, human traffickers, terrorists, and other criminals who avoid traditional financial systems by using the Internet to conduct global monetary transfers” (Zetter, 2014). This is the greatest challenge of using bitcoin because transactions are not subject to tracing. It is difficult to identify the real culprits when this foreign currency is used in illegal activities. Currently, the war against drugs is a social issue in many countries (Santhana, 2014). With the nature of the digital currency, drug trafficking and other crimes are likely to register soaring rates. This means that there is a salient need for digital currency advancements that will prevent the risk of increased crime. Although individuals’ security is an assurance in the use of bitcoin, it is illegal to cover up criminals. As for now, there are still no clear guidelines for addressing this issue.

Bitcoin transactions are recorded online, but the only detail that identifies a bitcoin user is the bitcoin address that makes the transaction anonymous. As the FBI states in its paper, anonymity depends on the behavior of the user. Bitcoin is still in its beginning stages but is currently updating its system that will have new features, tools, security, and accessibility, and someday will be at its fullest potential (Velde, 2013).

What is 3D Printing Technology

Role of Marketing Manager in Launching a Product in Foreign Market