Home > Projects/Reports > What are the Pros and Cons of Bankruptcy

What are the Pros and Cons of Bankruptcy

The bankruptcy indicates the declaration of ineligibility from the company to repay its debt to creditors and is filed in the court of law. In another way, when the company is unable to make payments to the creditors, then they can file bankruptcy protection in the court of law. From an individual’s point of view, if he or she declares bankruptcy, the court of law discharges the debtor repays the debt after selling the property or makes an appropriate plan to repay the debt. From the client ‘s viewpoint, if the company files in court for bankruptcy protection, then the judge assigns an attorney to the company, who arranges payments to repay the debt through different modes or ceases the business operations and auctions off their assets and property.

The key predictive indicators for bankruptcy are set out below: 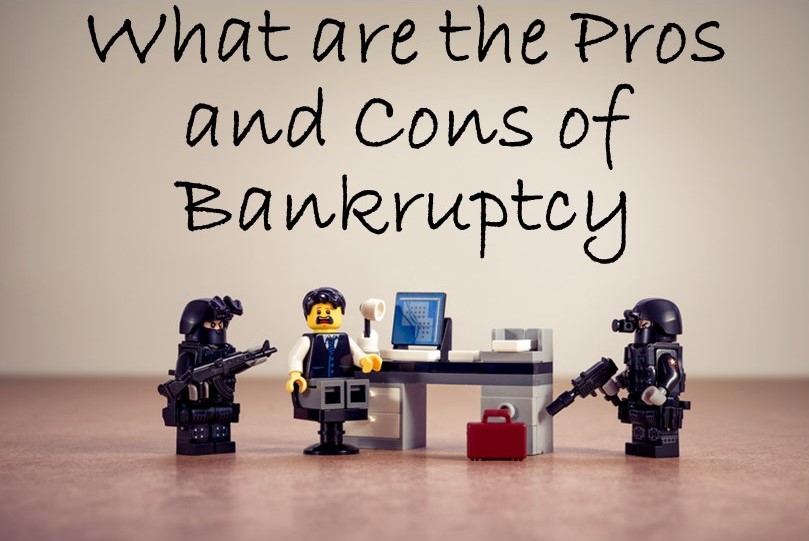 Main Effects After Declaration of Bankruptcy

Pros and Cons of Bankruptcy

The advantages of bankruptcy are stated below:

The disadvantages of bankruptcy are stated below:

Bankrupt companies are those companies that failed in payment of their liabilities due to poor financial health. Financial trouble leads companies towards bankruptcy, and then the company files bankruptcy in the court of law. Due to the lack of financing and distress cost, the company is unable to pay back its debt. After the filing of bankruptcy, the court’s judgment is critical, as it reveals precisely how much money will be paid back to the creditors.

In the year 2008, the world’s renowned financial institutions and companies faced bankruptcy. Washington Mutual, Lehman Brothers Holdings Inc, Delta Airlines Inc, etc. filed for bankruptcy in the year 2009. According to the Administrative Office of the U.S. Courts, Bankruptcy filings in the federal courts rose 31 percent in the calendar year 2008. Moreover, majority bankruptcy filings mainly comprise of non-business debts. The companies that are heading towards bankruptcy are stated below: