The Process of translation is operational. It transfers meaning by converting written ideas expressed in one language to another language or from Source language to Target Language. The main purpose is to convey the information and to convince the reader with the author’s special innovative and authoritative method of translation (Wikipedia) which reflects the quality of naturalness. 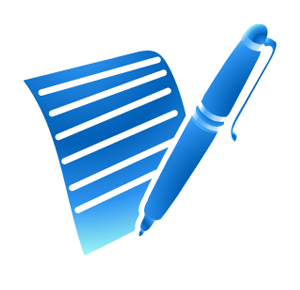 Translation starts with choosing a method of Approach. There are two main approaches to translating;

The Process of translation consists of four levels. These four levels are kept in mind more or less consciously while translating a text.

First is the Textual level which involves working on the Source language text level.  It is the level of language where conversions are made intuitively and automatically. The Source Language grammar is translated into Target Language equivalent and lexical units are translated into sense that is appropriate to the context.

Second is The Referential level it goes hand in hand with the textual level. At this level the translator mentally sorts out the text. It is the level of objects and events, real or imaginary which are progressively visualized and build up for comprehension and reproduction process. This level is also called the factual level of translating.

Third is The Cohesive level which links the first and the second level that a translator has to bear in mind. It is more general and grammatical, which traces the train of thought, the feeling tone which can be positive or negative and the various presuppositions of the Source Language text. This level follows both the structure and the moods of the text. It links the sentences through the connective words like conjunctions, enumerations, reiterations, definite article, general words, referential synonyms and punctuation marks proceeding from the known information to the new information like proposition, opposition, continuation, and conclusion.

A good example of cohesive level can be observed in any thesis project work, antithesis and synthesis. The second factor in the cohesive level is the mood which is observed as a dialectical aspect moving between emotive and neutral. It can be expressed by objects and nouns as well as adjectives and qualities. For instance, the difference of positive and neutral can be spotted in words such as ‘appreciate’ and ‘evaluate’; ‘awesome’ and ‘amazing’; ‘tidy’ and ‘ordered’. Similarly, the difference between negative and neutral can be spotted in words like ‘potentate’ and ‘ruler’. These are slight differences in words in a particular language whose value cannot always be determined in the context.

The fourth and last level of translation is the level of Naturalness where a writer or a speaker uses his special way of writing in an ordinary language employing common grammar, idioms and words in a particular situation.

The translator tries to reflect the degree of naturalness in his translation from SL text to TL text. The level of Naturalness is concerned with the reproduction. Natural translation can be compared to ordinary or casual language where word order, syntactic structures, Collocations or cognate words , appropriateness of gerunds, infinitives, verb-nouns, words that are old fashioned and reflect unnaturalness and lastly, the other obvious areas where unnaturalness is seen in articles, progressive tenses, compound nouns and collocations. Naturalness is dependent on the relationship between the speaker and the writer as well as the topic or situation. What is natural in one situation can be unnatural in another. It is confusing to attach naturalness with a colloquial style, idioms, jargon, and formal language.

In the Process of translation the above four levels are combined and kept parallel to each other. These four levels are distinct and are in conflict with one another. During translation the accuracy of the text is very important feature that needs to be considered at the final stage. While translating the text from Source Language to Text Language more attention is given on translating sentence by sentence rather than sentence joining.

It may be a structure like ‘the country government’ and a referential, cultural or regional dialectal problem. Sentence is the unit of thought which presents an object that expresses what it does and how it is affected by, it is a unit of translation from SL to TL. Sometimes the main problem that arises is to make sense of the long, difficult and complicated sentences loaded with lexis and grammar that makes it versatile. Such sentences have a series of word-groups and verb-nouns that makes it troublesome for the translator to handle them. Other difficulties with grammar are usually due to the use of old, little used, ambiguously placed or faulty structures.

The major difficulties in translating are lexical and not grammatical which include words, collocations, fixed phrases, idioms and neologisms. Difficulties with words are of two main kinds either the translator does not understand the words or he finds the words too difficult to translate. If the former problem is confronted by the translator this means that the translator is not aware of the all possible meanings of the words or because the meaning is determined by its unusual collocation or a reference in the text. Many common nouns have four different types of meaning that are Physical or material, figurative, technical and colloquial. For instance, the word ‘maison’ has four different meanings the physical meaning is ‘House’, the figurative meaning is ‘Family house’, the technical meaning is ‘Home-made or firm’ and the colloquial meaning is ‘tremendous’.

The colloquial meanings are tied to collocations or fixed phrases while the technical meanings are often the worst translation traps. Most nouns, verbs and adjectives are used figuratively and can have figurative meanings. For instance, ‘The man loved his garden’. In this sentence the word ‘garden’ symbolizes privacy, beauty, and fertility, simple, hard work and sexual bliss. The more common the word, the more contagious and accessible is the figurative meaning.  The word may have an old or regional sense, may be used ironically, or in a sense peculiar to the writer or it may be misprinted. The translator has to force his word into a sense by writing a footnote in order to explain the correct meaning of the word and to satisfy himself.

Finally, there is the revision procedure in process of translation which concentrates according to the situation. This process of revision constitutes half of the complete process. Revision is a technique that is acquired by a translator. A translator should spend fifty to seventy percent of the time in revising the text than in translating depending on the difficulty of the text. It is hard for a translator to make continual improvements while revising but he can read the text for cohesion of sentences and naturalness of the text.