Hong Kong is considered as one of the unequal rich places in the world (Dixon & Macarov, 2002). It is one of the 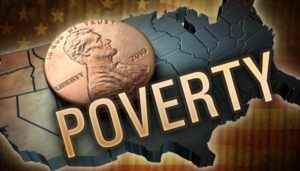 richest places on the planet. However, twenty percent of the populations living in Hong Kong are poor. The number of the poor has risen in the recent past despite the government effort to raise poverty line. According to the government of Hong Kong, everyone who lives below $250 per week is defined as poor (Dixon & Macarov, 2002). However, this figure was advanced to $500 per week this year. This is a matter of great concern to consider whether there is poverty in Hong Kong since the United Nations defines those who are poor as living on under $13.3 per week. The global standards define the poverty line of Hong Kong as being rich. As such, there is something unique about this it. I agree with the statement that “there is no such thing as poverty in Hong Kong. In this paper, I will discuss what has made Hong Kong heaven for the rich with few individuals leaving below the poverty line as stipulated by the government.  The primary factors which make Hong heaven for the rich include economic restructuring and job security among the youths. I will also discuss the possible solutions that the government can consider to reduce the gap between the rich and the poor. The economic growth in Hong Kong allows the poor members of the society to have a share in economic prosperity and achievement.

Majority of the population in Hong Kong are rich. Hong Kong is commonly known as a shopping paradise (Dixon & Macarov, 2002). However, there are a lot of people who sleep with their stomachs empty or never get enough food to eat. Hong Kong is home to many millionaires. The poverty rate keeps rising every year thus widening the gap between the rich and the poor. The rich in Hong Kong are presented with a myriad of opportunities, and they have more resources at their disposal. According to World Bank, the average GDP of Hong Kong was around $400 per capita in the 1960s. Today, the GDP of Hong Kong is above $40,000 per head. This is considered as over-performance according to the global standards. However, the ballooning growth in the GDP per capita has had its effects on the economy (Dixon & Macarov, 2002). It has affected the income of those who are considered as poor in the society. The economic growth in Hong Kong gives the poor an opportunity to contribute to economic achievement. However, the economy of Hong Kong cannot give every individual an opportunity to be rich. If the economy is made rich, then everyone would be considered as rich according to the global standards.

According to the reports by the government in 2009, there is nothing as poverty but economic inequality. The economic inequality began in the 1970s during economic restructuring. During this period, the cost of production and land prices were prohibitive. Majority of the industrialist moved to China and established factories. This move decreased the number of manufacturing employment opportunities in Hong Kong (Saunders, Wong & Wong, 2014). The high rate of unemployment prompted the country to consider economic transformation in the 1980s. Hong Kong transformed to a knowledge-based economy and industrial based economy. A few manufacturing firms were left to cater for the population. In this regard, the majority of the elderly population lost their jobs in the manufacturing sector. They found it difficult to fit in the knowledge-based and industrial based economy. This move widened the gap between the rich and the poor thus leading to economic inequality. The transformation led to decrease in demand for labor force in the manufacturing sector and increased demand in the service industry. The skills and knowledge of the labor force in the manufacturing sector became redundant.  People who got employment in the service industry received less income because of lack of skills.

Hong Kong has a population of 7.5 million. Only 1.4 million people live below the poverty line. The poverty rate in the country is 20 percent (Saunders, Wong & Wong, 2014) . The elderly are the most vulnerable group in the city. One out of three lives below the poverty line. According to the statistics released last year by the government, only 477,500 households are considered as working poor. Around 190, 000 children aged 15 years and below lived under the poverty line.  Economic inequality in Hong Kong is still a serious issue. Majority of the people who live below the poverty line in Hong are considered rich according to the global standards. The most affected population is the disadvantaged and the ethnic minority groups. In a study conducted by Oxfam, the wealthiest families earn 29 times more than the poorest. The average monthly earnings for the wealthiest families is HK$ 100,000 while that of the poorest is HK$3, 500 (Saunders, Wong & Wong, 2014). As such, the poorest would have to work for two and half years to earn what the wealthiest earn in a month. This not the same case with most cities on the planet. There poorest in most cities of the world can work for more than 100 years to earn as much what the wealthiest earn.

Unequal distribution of resources also enhances economic inequality (Dixon & Macarov, 2002). A few businessmen own most of the wealth in Hong Kong. The people who live below the poverty line receive a little share of the economic resources of the country. Majority of the rich people live in bungalows of 2000 square feet while the poor struggle to pay rent in the subdivided units and the cages. Majority of those living below the poverty line are affected by low life standard. They have low-quality furniture and low-quality meals because of the low income. On the other hand, the rich in the country enjoy luxurious goods including abalone and shark fins. Those who live below the poverty line have the luxury to enjoy necessities such as food, shelter, and clothing. This is not the case in many parts of the world where the persons living below the poverty line according to the global standards do not have the luxury of life necessities.

The vicious cycle is another factor which has contributed to the ballooning gap between the rich and the poor. The financial assistance provided by the government is not sufficient to allow the students from the poor backgrounds to acquire the basic skills like those from the rich families (Saunders, Wong & Wong, 2014). The government has imposed restrictions on the students applying for assistance. Some of the students are not lucky to receive the assistance as a result of the restrictions. In addition, the government does not provide students with other necessities required of them to complete their schoolwork. As such, they lack the opportunity to complete the basic education as they are trapped in the vicious cycle of poverty. Besides, they lack access to the new information and technology that impact negatively on their future afterward.  The education system in Hong Kong emphasizes the need for all-round development. The economy of Hong Kong is a knowledge-based economy. As such, lack of proper education will limit the ability of those living below the poverty line to advance and acquire the skills which meet the requirements of the economy. Majority of employment opportunities are also located in towns. The individuals living below the poverty line find it difficult to commute to town every day because of the cost of transport (Saunders, Wong & Wong, 2014). As such, most of the low-income families remain in the rural areas since they are unwilling to get jobs in the cities.

However, the gap between the rich and the poor can be reduced. The government can take appropriate measures to improve the lives of the people living below the poverty line (Dixon & Macarov, 2002). The government should consider the aged and the employed. They should be provided with the necessities to allow them to meet their daily needs. The aged should be provided with funds to enable them to lead a better life after retirement. It is evident that is no single thing as poverty in the Hong Kong. Majority of the population in the country can meet the necessities including shelter, food, and clothing. The majority of the populations leave above the poverty line. According to the global standards, most of the people who live below the poverty line are considered as rich. As such, poverty does not exist in Hong Kong. They only experience wage differentials resulting from government policies of economic restructuring.