Home > Projects/Reports > Analysis of Political Crisis in The Rajasthan Government

Analysis of Political Crisis in The Rajasthan Government

Political Crisis in Rajasthan: Is there an urgent need to amend Anti -Defection Law in the Constitution?

Defection is a general term that means floor crossing by one member of a political party into another.[i] Defection causes government instability, for a government may be toppled down due to the defection of some of its supporters to the opposition party converting it from a minority into a majority party. To curb the evil of political defection by the elected members, enacting a law to suppress the vice of defection was necessary. Therefore, the Rajiv Gandhi government in 1985 passed the Anti-Defection law by the 52nd amendment and included it in the constitution’s 10th schedule. The reason for introducing the legislation was to eliminate political deviations and create an inhibitory effect on legislator’s minds to curb unnecessary horse-trading and corruption.

This vignette article analyzes the conundrum of the political crisis in the Rajasthan government and also putting light on the obscurity in the anti-defection law and how legislators have used such uncertainties to their advantage while also adding suggestions to the loopholes in the legislation. 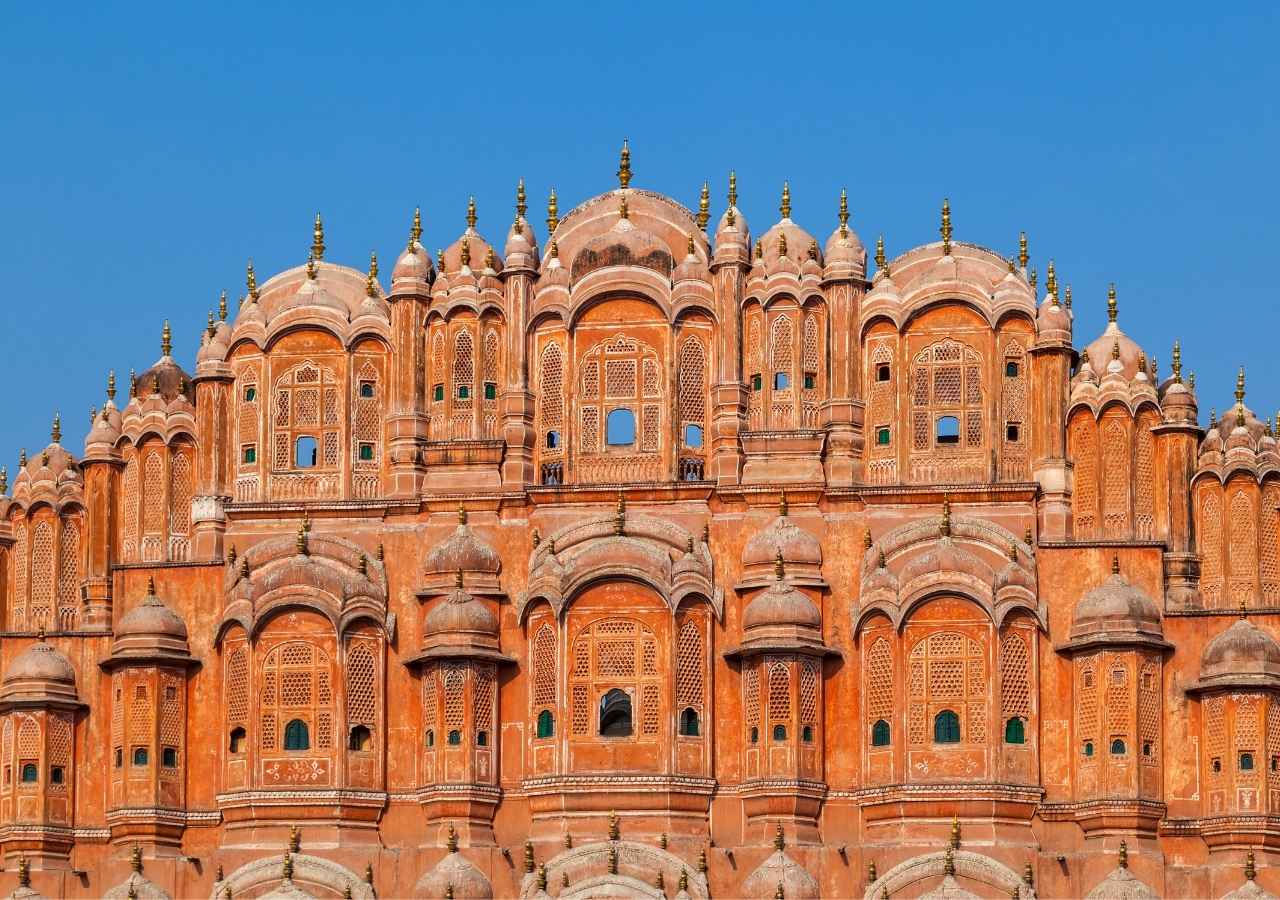 The 52nd amendment has amended Article 101, 102, 190 and 191and added a new schedule, the tenth schedule in the Indian Constitution which specifies the disqualification on the ground on a defection. The amendment has added a new clause (2) to article 102 and 191 which provides that a member shall be disqualified for being a member of either house of parliament or of State Legislatures if he incurs the disqualifications specified in the tenth schedule: (1) if he voluntarily gives up the membership of the political party on whose ticket he is elected to the house; or (2) if he abstains from voting in the house against any direction of the political party or by any person or authority by it in this behalf; (3) if any nominated member joins any political party after the expiry of six months from the date on which he takes his seat in the house.[ii]

The constitutional validity of this 10th schedule was challenged in Kihota Hollohon v Zachithu[iii] which provided that the decision of the speaker in case of disqualification shall be final. However, the decision of the speaker shall be subject to judicial review. Till the speaker decides the issue of disqualification against the MLAs, the High Court, or the Supreme Court cannot interfere until the speaker decides the issue. This is relevant in the Rajasthan political crisis as Rajasthan High Court stayed the disqualification proceedings issued by the Speaker against Sachin Pilot and other 18 rebelled MLAs. An elected member can be disqualified by the speaker on the ground of defection. The decision regarding the defection shall be final. However, while he/she is exercising power to disqualify members, his/her order can be questioned in the writ jurisdiction of the Supreme Court or High Courts.[iv]Speaker had issued notice to Sachin Pilot and other MLAs asking him why he should not disqualify them for not attending the congress meeting when the senior leader issued the whip. The speaker gave a reasonable period, and the order of Rajasthan High Court cannot sustain from the above judgments decided by the Apex Court of our country. Some legal experts are of the view that Rajasthan speaker’s notice is beyond the scope of the tenth schedule because the MLAs do not intend to join the BJP.[v]It was held by the court in Ravi S Naik v Union of India[vi]  that the voluntarily giving up the membership of a political party is not synonymous with resignation and inference could be drawn from the conduct of a member that he had voluntarily given up his membership of the political party to which he belonged. Therefore, Sachin Pilot and his MLAs have not voluntarily given up the membership of the political party either expressly or impliedly. The only reason that they have been given disqualification notice is because of the defiance of the whip, which Sachin Pilot did not attend it. The disqualification of a member in terms of para 2 of the tenth schedule may occur if the MLA defies the whip.[vii] Sachin Pilot has merely alleged the dissatisfaction over the party leadership and stated that it could not be the ground for disqualification clause 2(1)(a) of the 10th schedule. He further alleges that it violates his right under Article 19(1)(a) of the constitution of freedom of speech and expression.

Drawbacks and Loopholes of The Anti-Defection Law

Anti-defection law has failed to address the few challenges which the politicians take undue advantage of. It has been unable to curb the peril of defection. Firstly, the Anti defection law does not specify the time limit for determining a member’s defection. This delay in decision making has resulted in members who have defected from their parties, continuing to be members of the house.[viii]The Supreme Court has held that the speaker should decide on disqualification proceedings within three months once the defection proceedings have been initiated.[ix] Therefore, the legislation must determine the reasonable time period for determining the anti-defection proceedings.

Secondly, if the speaker is “satisfied that resignation is not voluntary or genuine, he shall not accept such resignation”, as stated under Article 190 of the Indian Constitution. Moreover, the legislators are eligible for re-contesting the election even if they are disqualified. This is relevant considering that the 17 Congress MLAs in the Karnataka submitted their resignation to the party, followed by their disqualification. Later, they were eligible for re-election.[x] They were re-elected from the BJP ticket, and the BJP government with the majority formed the government in Karnataka. This reflects the failure and inefficiency of the anti-defection law. Legislators are resigning from their party and later joining the other party by contesting the by-election. The legislators should not be re-elected for a period of 5 years. Otherwise, it will help the defectors change their parties since they will be eligible for re-election after a period of time.

Thirdly, the anti-defection law has been argued as violative of freedom of speech and expression under Article 19(1)(a) of the constitution. This gives extensive powers to the political parties to adopt the policies which some of the legislators may oppose. The using of the words “any direction” in paragraph 2(1)(b) of the tenth schedule gives extensive powers to the leader of the political party which is against the principles of parliamentary democracy. Therefore, Voicing dissent is treated as defection in Indian parliamentary democracy.[xi] This right of a legislator is curtailed by the frequent use of whips by political parties to protect their selfish motives. The party leaders often compel their members to cast a vote according to party curtailing the right of the members. The Uttarakhand High Court has observed that merely deserting the leader and deserting the government is not synonymous with abandoning the party.[xii] Therefore, dissent from the policy of political party cannot be a ground for defection as the right to dissent is the essence of democracy.

There is no doubt that defection is an undemocratic act as it rejects the election’s decision and takes place out of selfish motives, but the question arises: what actions should come under this law? In countries like the US, Australia, and Canada, legislators have no barriers to jump on the other side, [xiii] as this freedom of movement shows the country’s democratic values ​​and freedom of speech. In the US, a member of the house has the power and freedom to vote for either accepting or rejecting a policy without any disqualification. Similarly, in the UK, British allows freedom of speech in the parliament under Article 9 of the English Bill of Rights, 1869.[xiv]

As a matter of fact, India adopted its parliamentary system from the United Kingdom, but doing so in India would lead to the disqualification of a member from the house under the anti-defection law.

There must be an amendment in the Anti-defection laws because they mainly weaken the foundations of Indian democracy. The courts have repeatedly expressed the problems regarding the supremacy of the speaker embodied in the Tenth Schedule of the Constitution. The question of disqualification shall be decided by an independent authority with the President / Governor’s assistance while also taking advice from the Electoral Commission. Further, the Parliamentarian’s loyalty to their party members should not be their priority, but towards the people who elected them. Further, Para 2(1)(b) of the 10th schedule curtails freedom of speech and the right to vote and therefore has turned the political parties into an anti-democratic organization. The constitution should differentiate between dissent and defection because free speech and the right to vote in parliament is essential for parliamentary democracy. The Rajasthan Crisis is such a political issue where the legislation must review and decide the validity of anti-defection law by addressing all the ambiguities argued above in order to maintain the sanctity of the democracy and electoral process in India.