The Problem or Issue

The Playstation 3 is a gaming console that had been much awaited by an eager market and was well-received when it was initially launched. Jack Tretton, president and chief executive officer of Sony, even claimed: “The Playstation 3 was the most successful launch in Sony’s history.” However, a few months after its entry, demand for PS3 had declined on the market, and dealers soon registered more returns than sales. This Tretton attributed to bad publicity on the part of the media, whom he states was motivated by a desire to bring down the industry leader. On the other hand, the major complaint, according to dealers, was that customers complained Playstation 3 cost more but did not perform better, than Xbox 360; PS3 also had fewer features compared to the Xbox 360, and problems with compatibility. 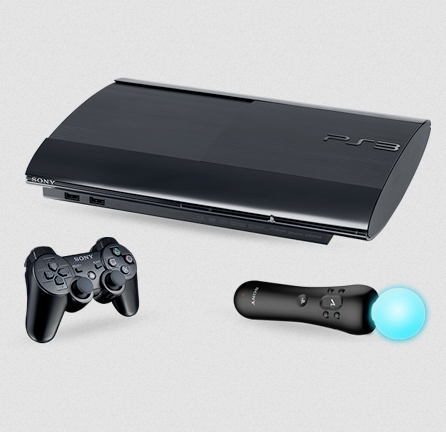 Analysis of the Situation

From the facts given in the case, it is apparent that Sony committed several mistakes, not only when it launched PS3, but even during the development stage of this product:

Sony has several possible solutions, some of which they had already probably tried. One solution the company had already undertaken was to create positive publicity about the merits of PS3, emphasizing on its superior graphics and cutting edge technology. This was in response to Sony’s perception that the cause of PS3’s failure was the negative publicity that was created by the media against it. However, this is neither an effective nor a long-term solution. Negative publicity is not the main problem of Sony since its initial launch was greeted by strong sales, even more successful than other Sony products. Sony’s market was willing to give it the benefit of the doubt by purchasing PS3, but word quickly spreads, even without the benefit of negative publicity, if the product fails in satisfying the expectations of its public.

The company may also opt to reduce the features of its existing PS3. Part of the high cost of the product is its inclusion of features such as Blu-ray capability which its customers do not really look for not want in the product. By taking out the features the customers do not want, the price per unit would fall. However, this is as much a source of negative publicity, because doing so would be a virtual acceptance that Sony had made a mistake in its initial design of the console.

Sony may also take a new direction and, like Microsoft, create its own set of developer tools that will allow PS3 to share code across different platforms. The console’s technically superior power is of little use without exceptional software that should run on it. Customers will be willing to pay the added value if they are able to run good titles on their console.  Sony could, of course, embark on in-house development of its own titles. This has negative effects, however, because it is costly to develop a single title, and customers will require more than a few good titles to capture their interest.

Sony’s main problem may be summarized in one phrase: “Price for value.” Sony was not in touch with what its market wanted. They were marketing a product at a significantly higher price than its competitors without giving them a higher corresponding value. The extra features Sony was building into the PS3 (such as Blu-ray capability) is not really something that the market wanted, and was only viewed as an added expense they were not willing to pay for.  What they did offer, however, were only a handful of unoriginal games that the market saw as a mere duplication of the games already available in the Xbox 360.

It is too late to re-engineer PS3, and the lessons Sony learns from it will best be applied in the development of PS4, if ever one will be developed.  However, what it can do for PS3 now is to address the need for original software content that can demonstrate the superior technology of PS3. It would worsen the company’s losses if they were to develop their own software for PS3 now, and the time it would take too long, allowing for the competition to forge ahead with a newer line of consoles beyond the Xbox 360.  Sony should, therefore, allow for cross-licensing across platforms to encourage content development. This would cater to the present market demand for convergence – that is, the development of compatible technologies that may be converged or unified.

The choice to cross-license or converge is not a short-term solution, but a long-term change in policy, and must be considered by management carefully as to what extent it would be carried out and under which terms. However, it is an inescapable direction in today’s trend in the development and marketing of digital products and services (Yoffie, 1997).

Basic Principle: Value to the Customer Should be Created in the Marketing Mix

Market strategy requires four critical elements – price, product, place, and promotion.  Sony appears to have failed to create the best possible marketing mix for PS3. Its analysis of place failed to research its European market fully. Its promotions created market expectations it could not deliver, and cost more in damage control, such as the expensive ad campaign and promotional TV offer. The biggest blunder was in product and price since Sony incorporated too many unwanted features in the PS3 the price for which was too expensive for its market. Sony should remember that the basic marketing mix – product, place, price, and promotion – should give the best value to its customers (Armstrong & Kotler, 2010).