A parasitic infection is a disease that is conveyed by parasites. Parasites are microscopic entities that live inside or on the peripheral of a larger host, using the host as their food foundation. There are three categories of parasites that aim humans: protozoa, helminths, and ectoparasites. Protozoa are minute, one-celled organisms that can permit to humans through adulterated food or insect bites. Helminths are parasitic worms (e.g., the tapeworm) that can also cause contagious diseases in their hosts. Lastly, ectoparasites are parasites that live on the exterior of another organism, usually human skin. Parasitic infectious diseases are a public health issue across the world. Parasitic infection prevail in warm & humid areas mostly in tropical, subtropical & temperate regions of the world. Developed countries like China show great prevalence of parasitic infections also. Amoebiosis, filariasis and scabies are common examples of all these above mentioned three kinds of parasitic infections respectively. Humans are hosts to nearly 300 species of parasitic worms and over 70 species of protozoa, some derived from our primate ancestors and some acquired from the animals we have domesticated or come in contact with during our relatively short history on Earth.

What is Parasitic Disease? 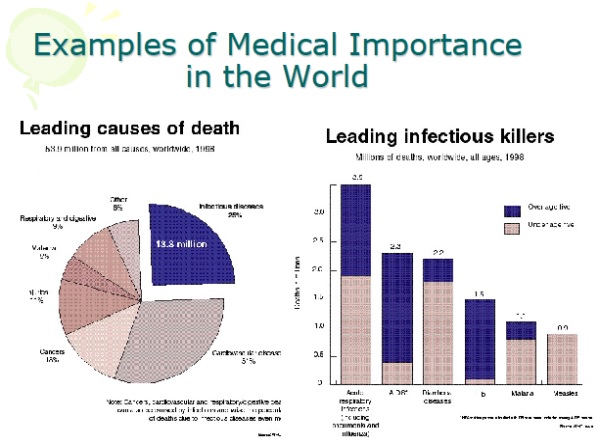 Graphs showing medical importance of parasitic infection in the world

The estimated world prevalence of the major parasitic infection of human (WHO,1999) are following:

But in some developed countries, some parasitic diseases also prevail like in China, as the large area is geographically across the tropical & temperate zones, with diverse natural conditions. After the foundation of People’s Republic of China in 1949, the government of China has accomplished great success in controlling the frequency of parasitic diseases. In the National Guideline for Agricultural Development (1956-1967), five key parasitic diseases were planned to be eliminated, including, with death in thousands of people:

Among the 10 globally significant tropical diseases in the Special Program for Tropical Diseases jointly ratified by the United Nations Children’s Fund (UNICEF), the World Bank & the World Health Organization (WHO), the United Nations Development Program (UNDP), seven are parasitic diseases, including:

Due to increased organ transplantation, increased incidence of cancer & AIDS as well as increased use of immunosuppressor, the population with immunodeficiency or compromised immunity is increasingly large. Therefore, opportunistic parasite are increasingly vital pathogens.

The changes of natural conditions also contribute to the distribution & prevalence of some parasites. Due to the greenhouse effect & the consequently increased global temperature, the regions with anopheles & the other vector insects are expanding. It has been speculated that the prevalence of schistomiasis, typanosomosis, dengue & yellow fever would worsen.

Clinical management of parasitic diseases present great challenges to the clinicians as its accurate diagnosis & cure are of great significance.

Parasitic infections mainly human parasitic ones can be caused due to:

Thus, the three types of organisms are involved in parasitic infection: 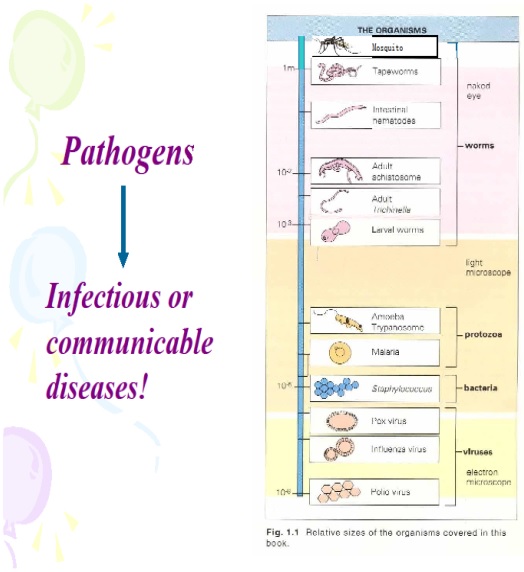 Parasitic infections can be diagnosed in a number of means. The doctor may also order tests to check for bacteria or other things that can cause infections. For example, your doctor might execute or demand:

There are several steps you can take to lower your risk of contracting a parasitic infection:

Parasitic infections can be spread in a number of ways: 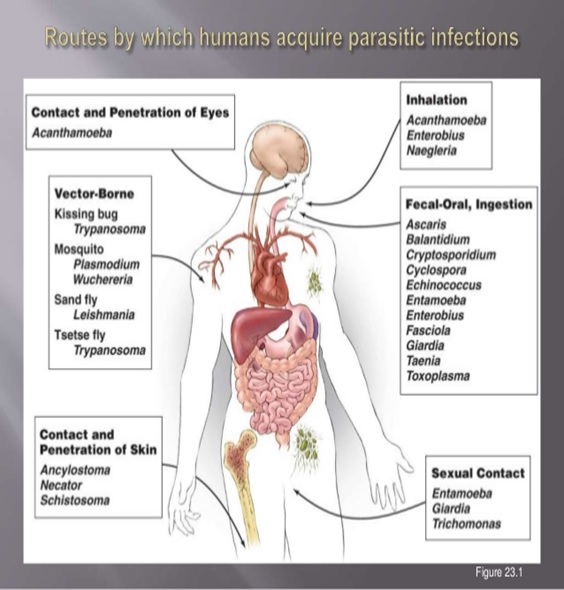 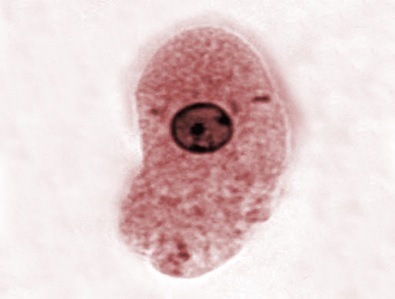 Amoebiasis is usually transmitted by the: 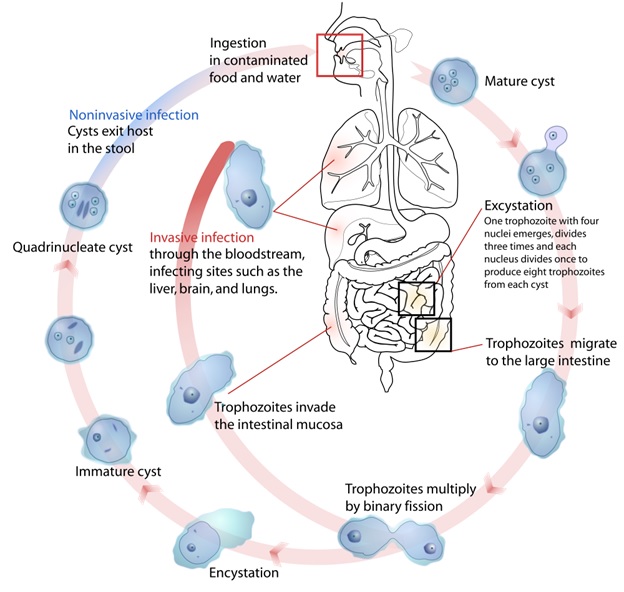 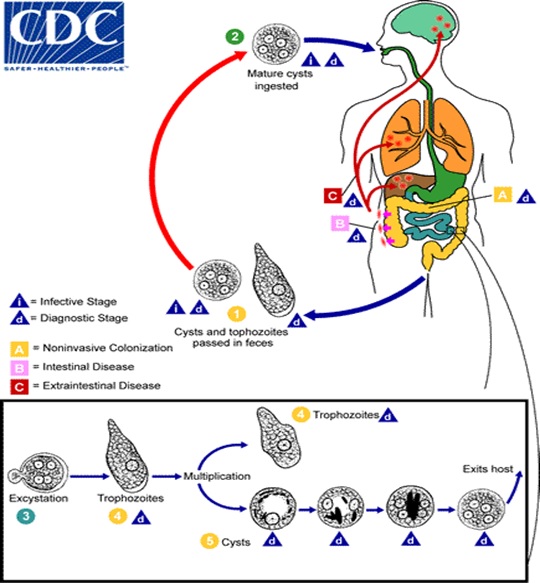 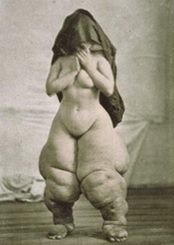 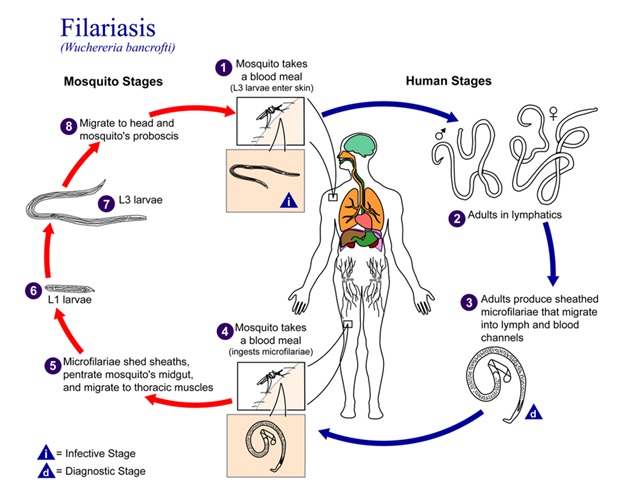 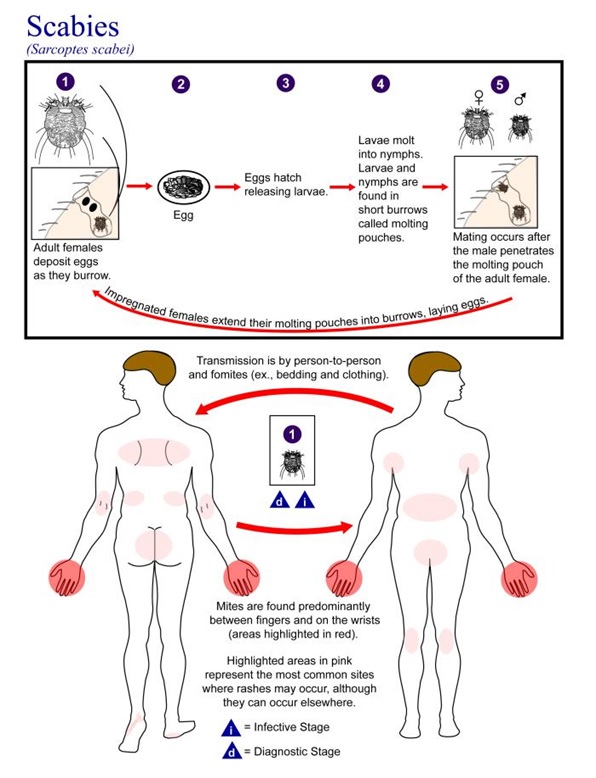 Parasitic infections are communal around the world, but they are the most hazardous and prevalent in impoverished tropical areas. Parasitic infection is highly prevalent in communities of the underdeveloped & even developed areas like China of the world. Some of the infections can be spread sexually, while others are spread through poor hygiene and living circumstances. Most of the infections can be treated by a doctor through different medication, however, they often strike countries that are unable to provide proper medication and treatment. Though, the knowledge of the community members about the parasite is less. Enactment of preventive chemotherapy, appended with health education, provision and use of sanitary amenities would be recommended to decrease morbidity and control transmission of intestinal & other infectious parasites.