Our Mutual Friends: Does the change of first and third-person narration confuse the reader?

In Our Mutual Friends, there is first person and third person narration. Scholars were focusing on the narrator and 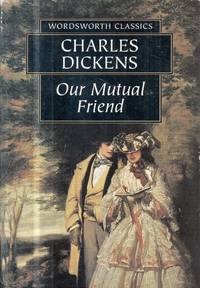 the narration technique. There have been concerns on whether it is a first or a third narration or whether the narration is in both first and third person. In fact, most of the research done on Our Mutual Friends does not inspect the impact on the reader and how much the narration confuses them.

”The novel critic must now choose, it seems, between treating the omniscient narrator as present.” As per (Audery Jaffe’s), this is the state or fact of existing, occurring, or being present in a place or thing like Harmon, where he left his identity in a place and made a completely new different character which makes the reader confused by the character itself and its credibility. However, Boffin as an impersonal technique which displays no emotions and personality, as his attitude to Harmon/Rocksmith and how the money changed him and makes him greedy and does not care about other people’s emotions. This makes the reader feel sympathy for Harmon after confusing the reader by the presence of Harmon and the language changes. But there is an alternative to considering the absence of a characterized narrator either as an “implied” author. This is a device through which we form a personal relationship with the author; or as a threatening lack that needs to be filled by some form of character; or simply as “writing” requiring us to do away with the mediating presence of the author or narrator altogether.

This study links what I refer to as Dickens’s fantasy of omniscience with an articulation of the narrative strategies employed in his novels and sketches to produce an effect of omniscience.

Being a rereading of Dickens, it is also a rereading of narrative conventions, one which calls into question traditional, well-protected definitions of and distinctions between such elements including; person, plot, and theme. For if omniscience is understood to be a fantasy about knowledge, then what has been regarded as a purely structural concern with locating and defining levels of knowledge is also, necessarily, the subject of the omnisciently narrated novel. As Ross Chambers points out, to narrate is, etymologically, to be the one who knows, and that some entity knows or appears to know is a matter of content no less than of form. In considering omniscience to be the subject of narrative as well as a description of its form, this study demonstrates how omniscient narration is inherent structural tensions break down distinctions between ideas such as “structure,” “plot,” and “theme,” and problematize commonly accepted differences between first- and third-person”( Audery Jaffe’s). For example, Lizzie and Bella were introduced to the reader by both narrations of First and Third-person when both left their houses and how the narration changed from third to first and vice versa. Therefore, the reader accepted the differences by sympathizing with the storyteller.

Similarly, Jaffe illustrates the point of the distinction between the first and third person narration as it confuses the reader in the time of the event and the changes of the character. Indeed, omniscience is not a fantasy limited to third-person narrators, but one whose epistemological implications transcend particular narrative modes, breaking down distinctions between first and third person. Thus nineteenth-century first-person narrators, such as David Copperfield or Charlotte Brontë’s Jane Eyre or Lucy Snowe, often perform the kind of reading usually ascribed only to omniscient narrators, collapsing the difference between the supposed limitations of first-person narration and the unlimitedness of third-person narration. They may “disappear” from their narratives in order to focus on others (hiding, as Jane Eyre does in the living room at Thornfield, in order to observe unseen) or may seem to disappear as a result of their focus on others. The omniscient narrator is a further displacement of the personal, a more completely effaced observer. There are no “third persons,” but only first persons wearing masks of invisibility” (Audery Jaffe’s).

Another scholar, Rosemary Mundhenk, argued that the narrator in Our Mutual Friend releases his omniscience without saying; he in no way, shape or form releases it without being felt. Here, as wherever in narration, omniscience is a dynamic drive which makes characters and the readers mindful of the novel’s nearness. It is decisively the feeling of being a character empowering in the readers a fantasy of being within. This permits the narrator of Our Mutual Friend to show his omniscience. The account is composed in actually third-individual omniscient mode: that is, the creator remains, hypothetically, outside the story, however, uncovers the contemplations and sentiments of the characters. Dickens works practically like a carnival ringmaster, dunking all through his particular account in a sideways first person narration.

Robbins tries to prove his idea of only a third-person narration in the novel, but he did not connect it to the reader impact Charles Dickens actually is the one who assumes the narrators role in his work Our Mutual Friend. He assumes a third person narrator role. It is prudent to note that this was a popular technique for narratives during the Victorian era. Throughout the text, the narrator guides the reader as the reader interacts with the characters. Through this approach, the narrator forms perspective in the minds of the readers where they either get to like a given character or hate the character. To do this, the narrator assumes sarcasm and mockery when he describes given actions or characters. In doing this he ensure that he is effective at establishing the notion concerning the activity or the particular character (Bruce).

Booth (1959), talks about the narrator in Our Mutual Friend as one that is reaching out to the readers of the novel through the compassion. The narrator brings out the Victorian era honestly concerning the limitations of the study as he gets to regret for not getting enough space for journalism, publishing finances, literature and history, authors, science writing as well as writings about imperial dominions. It is in this line that he gets to underplay the extent to which subjects are discussed in the text. What catches the narrator’s attention gradually leads him into speculation; the logical end of the process, it seems, should be sympathetic identification. The narrator has room to differentiate himself from the objects of his description. Accordingly, what seems offered as sympathy often amounts to pointing out the absence of sympathy in others or representing sympathy in others (Booth).

In conclusion, all these essays disclose a discussion about the first and third person narration in Our Mutual Friend. As argued, they are talking about whether the narrator was first or third, or both, but they are not talking about the reader confusion and impact on these distinctions.