These days Americans have become more concerned about their health. For this reason, people spend more time comparing meat, eggs, vegetables and fruits and looking for better ones. There is even a special section in grocery stores named “Organic products”, which provide foods designated for those who eat healthily. The use of these organic goods creates a startling uproar. We tend to favor organic foods because we have heard of many warnings on television about pesticide residues in food and the salmonella infection after eating contaminated lettuce. Choosing organic foods, though, isn’t a way to stop unhealthy foods absolutely. Because of weak industry regulations and standards, the booming organic food business is not producing products that are superior to its conventional counterparts, therefore causing organic food to be far safer for the well-being of consumers than in other forms of food.

Today consumers currently buy organic products in any supermarkets or retail stores compared to past times during which they could only get natural products from specialty stores. Some of the main reasons why people buy organic foods are because people think that organic products are healthy and nutritious, tasty, safe, and concerned about the environment, even though the price is twice as much as conventional foods. For these reasons, the consumption of organic food was one billion dollars in 1990, 3.3 billion in 1996 and10.4 billion in 2003. The Nutrition Business Journal estimates 23.8 billion in 2010, which is 3.5 percent of the total U.S. retail sales of food (Oberholtzer, 1-22). As a fast-growing rate of consumption, Organic Foods Production Act was created to build national standards for consumer confidence in organic products; however, the rules have become loose over time due to much higher demands than supply. The remarkable market growth and higher profits resulted in newcomers in the organic industry. Many big companies own organic farms, and they try to have a solid definition of natural extended by lobbying and lawyers so that they can use organic marks on their products. As time goes on, people question if organic foods are good for our health because standards and regulations get forgotten. Recently people have heard about thousands of people suffering and dying from the super E. coli infection, called E. coli 0157, which is developed from organic foods. 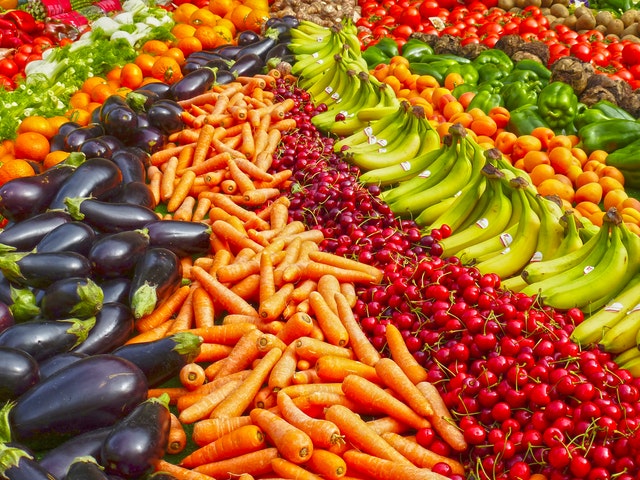 Producers control regulations and standards of organic products. People assume that every day an inspector strictly inspects organic farms using specific measures; nevertheless, producers and handlers select one of any accredited certifying officers, 56 of the accredited domestic ones certifying agents and 43 of foreign authorised certifying agents, and require an annual inspection by them. Therefore, it is not as complicated as people might think. Kindy states, “Farmers and food producers hire some private certifiers.” Certifiers should be justice, and are not supposed to have deviated to any sides; however, they are part of the employees of farms. This fact questions us as to whether or not an inspector does his job.

Today’s organic food industry is a big fish. Its demand is increasing exponentially, which means companies are making a lot of profits. Many of the big food companies own organic farms but avoid using their names on organic foods for any collateral goodwill damage. For instance: Kraft Foods owns Boca Foods, Kellogg has Morningstar Farms, Coca-Cola owns 40 percent of Honest Tea, and General Mills possesses Cascadian Farm. These giant companies keep lobbying the government to enlarge the definition of organic so that they can use the organic seal on their products. In 2002, USDA established the National Organic Program to put forward the natural laws. Under the original proposals, organic products could contain 77 non-organic substances, but this has increased to 245 elements.

In 2006, USDA employees found synthetic additives in organic baby’s formula; this was outside of the federal standards. The artificial additives found were DHA and ARA, which are synthetic fatty acids that have previously helped in brain development. However, these fatty acids were formed in baby’s formula by using hexane, which was potentially neurotoxin. So, USDA employees reported to the program manager to prohibit synthetic additives and to take away the organic seal from the baby’s formula. Barbara Robinson, who administers the organics program and is a deputy USDA administrator, was lobbied by the formula maker and conducted talks with William J. Friedman, a lawyer who represents the formula makers. As a result, she nullified her staff, and today 90 percent of organic baby’s formula contains these synthetic additives.

The quality of some organic food is the same as conventionally grown products, or sometimes even worse. Organic farming is ecologically based on biological pest control and composting. According to United States Department of Agriculture (USDA), organic food is defined as

‘”Organic meat, poultry, eggs, and dairy products come from animals that are given no. Antibiotics or growth hormones. Organic food is produced without using most. Conventional pesticides; fertilizers made with synthetic ingredients or sewage sludge; or Ionizing radiation. Before a product can be labelled ‘organic,’ a Government-approved certifier inspects the farm where the food is grown to make sure the farmer is following all the rules needed to comply with USDA organic standards. “(Consumer brochure)

Customers may question how organic farmers handle insects, weeds or crop diseases. Organic farmers are permitted to use a few synthetic fungicides, some pesticides, and natural insecticides by the USDA National Organic Program Standards, including pyrethrum, copper, sulphur, Bacillus thuringiensis (Bt), rotenone and oil. Farmers regularly spray pesticides on the crops. Alex Avery, director of research at the Hudson Institute’s Center for Global Food Issues, states in his article that “U.S. Environmental protection Agency has classified pyrethrum as a likely human carcinogen, and rotenone causes symptoms of Parkinson’s disease in rats.” However, these pesticides are still allowed to be used for organic farmers.

A study was conducted to test the residue of synthetic pesticides. One thousand pounds of peaches, green bell peppers, apples and tomatoes were bought from stores in San Francisco, New Haven, Seattle, Boston, Connecticut and Atlanta. Results showed that “one-fourth of organic samples had traces of pesticides, compared with 55 percent of green-labelled samples and 77 percent of traditional unlabeled samples” (Consumer Reports, 12-18). Also, they found that organic peaches were too low quality to be labelled “organic” because these contained too much pesticide. Consumers pay extra money for fewer residues of chemicals in foods, but some organic products include as much as conventional counterparts, if not more.

Some cases are worse in that organic buyers pay premium prices for higher chances of getting diseases. Natural farming methods threaten human health. According to the U.S. Centers for Disease Control (CDC), E. coli 0157, which is a much stronger bacteria, damages a human’s kidney and liver permanently and attacks the consumers of organic products around eight times. 2471 people were infected by E. coli 0157 in 1996, and 250 died from this bacteria in the U.S. in the same year (Avery, D). Salmonella is no exception. S. Typhimurium is also found to be a stable version of salmonella. The CDC states, “In the U.S., there are up to four million cases of salmonella poisoning each year, and one-fourth of the cases reported by culture have been identified as the more virulent S. Typhimurium” (Avery, D). How do people get these deadly bacteria? Fertilizers are essential to growing the crops and are therefore difficult to substitute, much less get rid of. In a conventional method, farmers use synthetic fertilizers to cultivate the crops while an organic fertilizer source is mostly animal manure. This animal manure comes from a big factory that can produce E. coli, salmonella, fungi and other bacteria. A standard method to make compost is to wait two months, and it needs to be heated at 130 degrees Fahrenheit. Dr Dean Cliver says, “the deadly new E. Coli 0157 bacteria will live in a compost pile for at least seventy days — and it will possibly take an extended 160-degree heat cycle to kill it “(Avery, D). A reason for requiring time and heat is to make sure bacteria or fungi is killed because manure is spread right on the top of crops, and it is penetrated by the plants almost immediately. Using organic farming methods are risky because farmers are not sure whether bacteria and fungi get ultimately killed or not, possibly causing the bacteria to become dominant.

Organic food does not contain any more good substances for consumer health than any other food types. The organic farmers state that their products are better for consumer health. Forty percent of consumers of organic foods think it is accurate; however, there is no evidence that this is the case. In an article, Pollen states that Horizon, which is an organic and natural dairy company, uses a method of “ultra-pasteurization,” which is to utilize a high heat to kill its enzymes and many of its vitamins to allow for transporting a long distance. However, pasteurized milk and conventional methods kill only viable micro-organisms, which are all yeasts, mould and common spoilage bacteria, so enzymes and vitamins are still in the milk. Consumers get carbohydrates, fats, water, and proteins from organic milk but no minerals and vitamins.

Another study published recently titled “Nutritional quality of organic foods: a systematic review” and was written by Alan Dangour and four more authors at the London School of Hygiene and Tropical Medicine with the financial backing of the United Kingdom’s Food Standards Agency. Dangour’s team searched 52,471 articles in Pub Med, and CAB Abstracts from 1 January 1958 to 29 February 2008. The team found 162 items, and 55 were fitted for the study. The team concluded that “For the remaining 8 of 11 crop nutrient groups studied, no evidence of a difference was found. Study of the more restricted database on livestock products found no evidence of a disparity in nutrient content between livestock products produced organically and conventionally “(Dangour, 680). The table in the article showed that Vitamin C, Phenolic compounds, Magnesium, Calcium, Potassium, Zinc, Total soluble solids and Copper were almost the same levels in both. This article shows the argument that organic foods are not more nutritious than conventional products.

Organic food consumers think that they are contributing to saving the environment because organic farming relies on biological pest management, crop rotation and green manure. Organic farmers claim that this method maintains soil, preserves water, and diverse ecosystems, insects, plants and animals. However, this is not true. Organic farming yields half the amount of food compared to conventional methods, so that to harvest as much as its traditional counterparts, it would need to destroy many ecosystems for getting enough fields to cultivate the crops. Furthermore, farmers use an area to make nitrogen. Dennis Avery reports, “Approximately one-third of the average organic farm is not planted to marketable crops at all; it is planted to green manure crops (such as clover) to build up the nitrogen fertility of the soil.” To sum it all up, organic farmers wipe out ecosystems more than double the area to produce the same amount of conventionally grown products. In organic farming, insects and pests are controlled by organic pesticides permitted by USDA standards, containing elements such as copper and sulphur. Both copper and sulphur are toxic to the environment. Organic farmers use these many times because they are not as effective as synthetic pesticides. This causes soil damage for a lengthy amount of time.

More and more people are paying premium prices for organic products, merely saying because it is healthier for one’s family and oneself than conventionally grown foods, and is better for the environment. However, people should see behind the curtain of the organic industry. Also, people should not just rely on its name, “ORGANIC.” Regulations and standards are loose because of powerful connections of the committees and inspectors with organic companies, who are continually moulding policies to benefit themselves. The quality of natural products is not better than conventionally grown food; sometimes, they are even worse. Finally, there is no evidence to suggest that organic food is better for consumer health than its counterparts.