Compare and Contrast Two Countries and Their Response to COVID 19

Coronavirus disease or COVID-19 has spread all across the globe like wildfire, owing to its highly contagious nature. However, some countries have successfully mitigated it through smart measures and strategies, as compared to some other countries with a lack of good strategies or who’s coping measures have been proven futile. In this paper, we compare two countries; one is New Zealand that has finally declared a COVID-free environment, the other one is India, which is the second most hardly hit country, lagging only behind the USA. On 28th February 2020, the first COVID 19 case was reported in New Zealand. Some prompt measures were taken, under which it banned all international flights and border trade with China and other affected countries. Due to their rapid measures, the number of cases halted if not declined. Owing to the stringent measures, the active cases in New Zealand are 60 as compared to the global toll of 32,454,698 cases and is among the countries that have successfully combated the COVID pandemic. The current death toll remains at 25.

On the contrary, India reported its first case on 30th Januaryʼ20. The case was reported in Kerala through an Indian student, who brought the virus from Wuhan, China. There were no prompt measures taken by the government, and the testing was only restricted to the people at the highest risk. The nationwide lockdown was imposed after around three months of the first case. The ignorant attitude in the governmentʼs part gave rise to the spread of the virus. The situation worsened when India airlifted 759 citizens from Wuhan and 59 foreign nationalists back to India. The number of active cases is 970,116, whereas the overall cases are 5,818,570. The death toll has crossed the figure of 92,290.

We will now evaluate the strategies and policies that have led to the current higher or lower number of COVID cases in both countries. 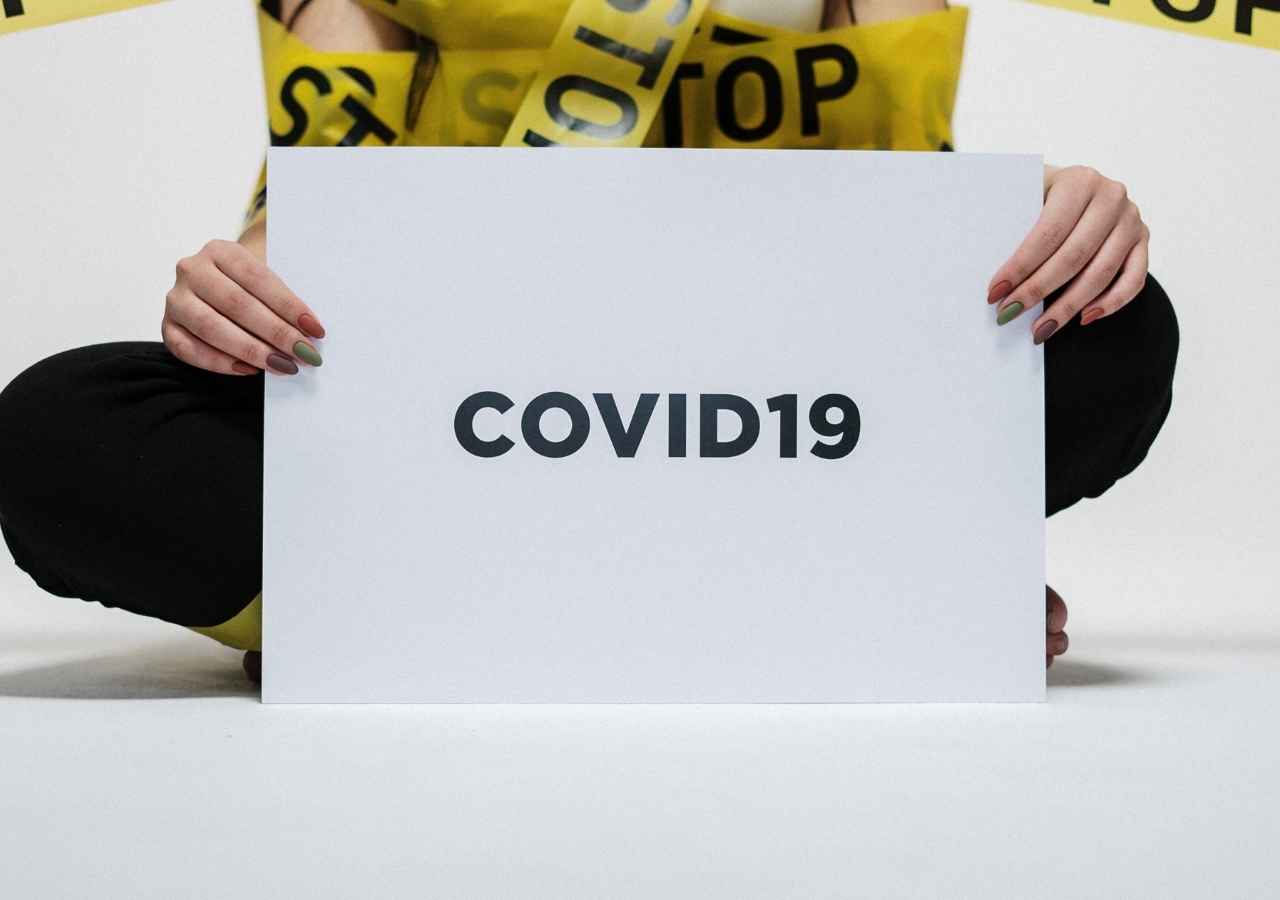 The Response of New Zealand Towards Covid-19

After the emergence of cases since February, New Zealand was among the countries that took the pandemic as a global emergency and proceeded with prompt measures. It banned the entry of people from all the affected countries. Isolated people for 14 days who had returned from China. It placed restrictions on all international flights as soon as the cases started to appear and stopped cross border trade with all affected countries. Below are some strategized measures that helped New Zealand mitigate the COVID-19:

The first one is the strict lockdown, which was closing all the borders and placing timely restrictions on all flights. The second was the new four-stage alert system. Initially, New Zealand lacked testing and contact tracing. Therefore, its leader focused more on eliminating the disease through a new four-stage alert system of lockdown. A plan under which initially, the highly populated areas were being closed. At the fourth stage, the total nationwide lockdown was imposed with only essential activities. The public was highly aware of the threat, and it followed the orders. At this point, New Zealand had only 102 cases and no deaths. After five weeks, when the number of COVID cases had declined, it moved back to stage three of the lockdown. On June 3, it changed its stage to 3, declaring itself a COVID free nation.

The third was the greater engagement of officials with the public led to their compliance. The fourth was testing and contact tracing. The number of tests per day conducted in New Zealand &t its peak affected time was 10,000, which was followed by massive contact tracing. Contact tracing of affected patients has proven to be the most successful tool in halting the spread of the disease. The fifth was economic packages for public relief: to cushion the harsh implications of COVID over people, and the government proposed many relief packages like COVID income relief payment and wage subsidy schemes for people. Besides that, $50.2 B was injected into the COVID response and recovery fund (CRRF). Provision of personal protection equipment PPEs and healthcare packages.

Lastly, awareness among the masses was also a major response. The adult literacy rate of New Zealand is 99%, but enlightening the public about COVID through social media by its Prime minister has played a huge role regarding the compliance by people of New Zealand. After getting rid of the virus, the economy of New Zealand is getting back on track. The restrictions overflight and cross border trade have gradually been lifted. It can be said that the elimination of COVID from New Zealand was possible through the combined efforts of state, community, and individual levels.

Response of India Towards Covid-19

The statistics prove that the Indian response toward COVID has not been pragmatic and stringent. Authorities tested the people who have come from the highest risk countries, that too, after two months of its first case. India placed the first curfew after three months of the first case, and according to the Government of Indiaʼs Ministry of Health and family welfare, “COVID-19 is not a health emergency and thereʼs no need to panic “. Afterward, ICMR conducted tests limited to only symptomatic people regardless of their travel history.

However, some of the measures taken by the government are testing kits, which are not adequate. India is among the countries with the lowest testing rates in the world. According to research, there are only 559 testing kits per 1 million people. Indi also invested less in the healthcare sector: Despite a huge population, the government has spent only 1.28% of its GDP on the crisis-affected healthcare sector of India. The provision of Personal protection equipment is also not up to the mark. Lack of accommodation and incentives for healthcare workers is also a problem in India. It has not only compromised the quality of the health sector but has also predisposed the families of doctors, nurses, and other paramedic staff by not providing segregated quarters, resulting in the greater viral spread.

The other response of India was regarding employment and food security. To mitigate the unemployment rate effects, the government had also proposed a $22 billion stimulus package i.e., 0.8% of GDP. However, this is not enough cause 90% of the Indian population works in the informal sector, thatʼs why the Indian economy has drastically been affected by the pandemic. This has resulted in chaos and uprising among the people from lower socioeconomic status, who are unable to make ends meet. Narendra Modiʼs “putting the economy first” rhetoric has resulted in the harsh implications faced by India.

The anti-Muslim sentiment has made the authorities neglect the Muslim patients who are not being treated in the hospitals. Owing to this, an uprising is fuelled among Muslim masses who have protested, and the virus has spread manifold because of these events. The unequal distribution of treatment among individuals is yet another important factor. Besides that, the unavailability of treatment leads to greater death and infection rate. These factors predispose the lower segment of society (which makes up two-thirds of the segment) to the virus. The majority of the Indian population lives in slum areas, which are highly dense areas and the spread of COVID, along with lack of awareness, leads to a greater spread of the virus.

The age factor is also a relevant reason behind greater fatality. According to the United Nations Population Fund (UNFPA), 6% of the Indian population is around 65 years. The older age also predisposes a person to comorbidities and higher chances of fatality. Specifically, Covid19 has affected the old age people with comorbidities like diabetes, hypertension, and renal issues.

Which Country’s Response was Effective?

Having been expounded upon the active number of cases, overall cases, number of deaths, and mitigating strategies for COVID, it is evident that New Zealand is among the most successful countries that are finally catching up with the normal daily routine. In comparison, India is currently the second most affected country across the globe, after the USA. Although, it is a fact that it can not be denied that India imposed the lockdown (later termed as the biggest lockdown). However, lockdown without mass testing and contact tracing are futile.

Three days after WHO declared the coronavirus outbreak a public health emergency of international concern, New Zealand started its disease prevention measures and continued strengthening them in the weeks that followed. New Zealand’s Director General of Health says their strategy was influenced by a report from the WHO-China joint mission in February. “This report included the observation that ‘the key learning from China is speed; it’s all about the speed. The faster you can find the cases, isolate the cases, and track their close contacts, the more successful you’re going to be,’ helped influence New Zealand’s strategy to ‘go early and go hard.’ – Dr.Bloomberg.

Besides addressing the self-isolation method, strengthening the healthcare and provision of economic relief is an important part of combating the pandemic. With the population of around 1.4Bn, itʼs 90% of people work in the informal sector. Grappling with a mess like that, the government ought to make strategies like greater funding for healthcare and greater stimulus packages for the lower tier of society. The Maslowʼs hierarchy of needs explains five tiers and different countries lie on different tiers. Whatever the tier a country lies on, it should always cater to the basic necessities of its people, i.e., food, clothing, sanitary housing/ accommodation.

However, COVID has exposed breaches within the structure of a society where most of the governments lacked proper policy making and ought to care more for the economic impact that they will face. The leadership in this context is an important aspect that needs to be addressed. Jacinda Ardern, the Prime minister of New Zealand, is an empathetic leader who is nearer to the public, and her strategies and presence have made them comply with the governmentʼs policies. Whereas, the wave of nationalism in India, which has devised its society into segments of Muslims and non-Muslims, has broken down the veneer of strong leadership. Indian governmentʼs non-serious attitude, at the beginning, followed by ignorance, has led to the spike in COVID cases. A research conducted by MSP survey study related to public awareness among Indian masses suggests that 5.1% of the 362 participants had no idea what COVID is, 7.1% believed that COVID is not contagious, whereas the rest of the population thought about it as a contagious disease. The demographic factors, literacy rate, and average enlightenment or awareness among people are few factors that undoubtedly play an important role in society. But these too shall be addressed through short and long-term policies.

Lockdown followed by massive testing, contact tracing, social distancing, strengthened healthcare system, and a well-planned supply of food, medicine, and services are prerequisites to combating with the pandemic. Countries that have followed the pattern have halted the rate of transmission as compared to the countries that have not taken the pandemic seriously or are too deeply entrenched in their myopic economic interests. However, until a vaccine is not developed, no state is safe from the threat of COVID. The states that have eliminated the virus should continue taking necessary measures like mass testing and social distancing. Cross-border trade should also be limited cause the threat of viruses is still looming across the globe. The countries that are tackling with COVID should learn through the smart strategies of states that have been successful in mitigating Covid19.  This pandemic highlights the importance of organizational resilience that puts collective efforts to mitigate, counter, and minimize its effects.