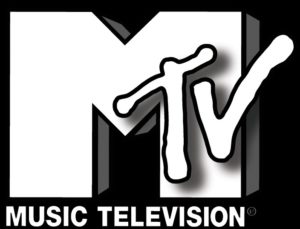 Music Television (MTV) is a satellite and cable television channel operating in the international market. The firm is owned by an American company called Viacom Inc. MTV was launched in 1981 in the American market. Initially, the main content aired by the firm was light popular music suited to people aged between 18 and 35 years. The firm gradually added more content suited to people of different ages, including children and elders. In 1787, the company started expanding into the global market, starting with Europe. After achieving significant market growth in the European market, the company expanded its operations into the Middle East in 2007. As explained in this paper, the Arab culture is the biggest challenge that MTV faced when expanding into the Middle East. Despite this, the selected entry strategy by the company and the strategy of offering mixed content enhanced the ability of the company to successfully penetrate into the Middle East market, although other challenges might limit its overall success.

The Arabic Culture and the Challenges it poses to MTV

The Arabic culture is unique since it is strongly attached to religion. Although there are a few other religions in the Arabic world, most Arabs follow the Islamic religion. Consequently, most Arabs hold onto strict moral values and norms. People in most of the countries that make up the Arabic world embrace a conservative culture. The components of the Arabic culture, therefore, have significant variations from the components of the western culture. In the western nations, for instance, matters related to sex can be openly discussed between parents and children. In the Arabic counties, however, matters related to sex are hardly discussed between parents and children or between adults and young people (Reynolds 57). Exposure of most parts of the woman’s body is tolerated in the Western culture, but not in the Arabic culture. As such, the Arabic culture is conservative while the Western culture is explicit. Just like in other cultures, the Arabic culture is made up of numerous sub-cultures. For instance, the culture of the people of Saudi Arabia has some differences from the culture of the citizens of the United Arab Emirates and Qatar (Reynolds 57).

The unique nature of the Arabic culture poses a significant challenge to MTV. First, MTV has been operating in America and Europe for a long time. Consequently, much of the content aired by the company is designed to suit the western culture. For instance, the firm has mainly been airing provocative and sexually explicit programs in America and Europe. Due to the conservative culture that is prevalent in the Arabic nations, most Arabs are likely to perceive such content as being offensive (Reynolds 57). Consequently, the Arabs are likely to reject the programs already being aired by MTV in the western nations if they are exported without editing. In order to editing the content of the programs to suit the Arabic culture, MTV is compelled to add more content to its portfolio that reflects the lifestyle of the Arabs rather than the lifestyle of people in the western nations. In doing so, the firm make its programs more attractive to the Arabs. Further, MTV is faced with the challenge of coping with the different subcultures existing in the Arab world. For instance, not all people in the Arabic region speak Arabic language. The firm is faced with the challenge of translating the content of its programs to the different languages present in the region.

MTV adopted an effective entry strategy to the Middle East. The company partnered with local firms already established in the Middle East. For instance, the company initially established partnership with Arabian Television Network and the Arab Media Group, which were already operating in the Middle East. There are several reasons why the entry strategy selected by MTV was appropriate and suitable. First, the chances of being rejected by consumers in the Arab countries would reduce as a result of adopting the partnership approach. Most people in the Arabic world have developed negative attitudes towards the US. Consequently, they might reject U.S companies establishing themselves in the Arabic countries. In that consideration, MTV would hardly penetrate successfully into the Arab countries through adopting direct approaches such as establishing subsidiaries. By adopting a partnership approach, the notion about MTV being an American company would reduce. Hence, chances of being accepted would increase. Second, MTV would evade the regulatory challenges associated with establishment of subsidiaries in the Arabian countries by adopting the partnership approach.

MTVs strategy to offer mixed content in the Arabian countries is also a suitable strategy, although it requires some improvements. After the entry, the company planned to air internationally recognized programmes after editing the content to suit the culture, tastes and preferences of people in the Arabic nations. The company planned to showcase around 40 percent of the local music and 60 percent of the international music. Adding local content is an effective localization strategy that would enhance the acceptability of the firm and its overall content by people in the Arabian nations. Showcasing international programmes is a good internationalization strategy that would enable the company to meet the needs of many young people who like them. However, the company would improve its mixing strategy through showcasing a higher percentage of the local content than the international content. Doing so would enhance its acceptability in the targeted markets.

The level of success of MTV today in the Middle East

MTV penetrated successfully into the Middle East. The company has already established more than 10 localized channels, including Amour, Banat, Cimena, Ridiculousness, Na3na3, MTV Weyakom, Baqabeeq, Rewes, Hip, Hop Na, Waslity and Introducing. The firm has managed to adopt numerous international programmes in the local markets, including Nitro Circus, The City, Boiling Points, Jackass, The Hills, Miss Seventeen, Room 401, Diary, The Shop, The trip, The life, My Own and Awkward (Shuker 12). However, the performance of the firm has been poor in some of the Arabian countries. In 2015, for instance, struggling subsidiaries of the MTV were bailed out by the government of Saudi Arabia (Shuker 16). The firm has also been struggling in the Lebanese market. To achieve a higher level of success, the firm should have focused more on localization than showcasing a bigger percentage of the international firms since most people in the Arabian countries dislike content featuring the Western lifestyle. As such, MTV should focus more on establishing and airing more local channels in order to improve its performance.

Overall, MTV is well established in the international market. The firm adopted a suitable entry strategy into the Middle East. The mixed strategy adopted by the firm was an appropriate internationalization and localization strategy. The two strategies enabled the firm to overcome the challenges posed by the Arabian culture. However, the firm would have performed better by concentrating more in localization than internationalization. In this regard, MTV should focus more on establishing and airing more localized channels in the Arabic region.