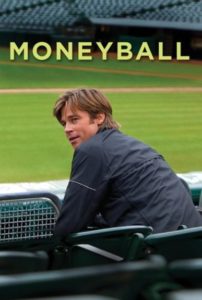 Use evidence from the film and the readings to answer the following questions. Make sure your answers are supported by the theory.  You do not need to turn in your answers, but think of this as a practice run for the final paper:  the more thorough you are here, the more prepared you will be for the final assignment.  Some of you may find it helpful to answer the strategic analysis questions first.


Answer Q#1. Money ball is a film produced in 2011 providing an account of the Oakland Athletic baseball team for the 2002 season and teams general manager, Billy Beanes who attempts to assemble a competitive team for the season. The general manager is upset and unhappy for the loss of his team to the New York Yankees in the post season of the year 2001. Beane must assemble a competitive team for the year 2002, overcoming the Oakland’s limited payroll and the impending departure of a number of star players from the team.

Answer Q#2. Porter provides three main approaches towards achieving competitive advantage. These includes cost leadership, differentiation and focus. Overall cost leadership focuses on reducing the cost of products and services provided to the customers. For Oakland, cost leadership however may mean increasing the salaries of the players in order to attract competent and competitive players into the team. The next strategy involves the differentiation of the games that the team involves in. For Oakland, this might mean establishment of a new game instead of Baseball. Finally, Porter’s third strategy is focus segment of the product line (Wong, 2014). This would mean choosing one of the games that the Oakland A’s participates and then focusing all the company’s attention and resources towards empowering this game e.g athletics.

This would mean focusing on one set of players and focusing towards enhancing competency and ability. On the other hand, Barney focuses on the resources already in the organization or firm, and how these resources can be used to create a competitive advantage. Oakland has the option of using the players already in the team in order to create a stronger and competitive team. According to Barney, the resources of the company must be assessed and analyzed to ensure that the resources used by the company to create a competitive advantage are valuable, rare, imperfectly imitable and non-substitutable. Oakland could as such focus and care for the players who pass the above evaluation and provide the necessary requirements to enhance the competency of this team.

Answers Q3. The general manager of Oakland A’ hires Peter Brand, a young Yale economics graduate who has considerably radical ideas on how to assess the value of the team’s employees, as the assistant general manager of the team. Beane’s assessment of the competency of Brand is rather incompetent as he asks brand if he would have drafted him, out of high school. Wery & Waco (2014) particularly argues of the importance of competency gaps and the lack of focus as the primary reasons of failure of good strategies. Brand applies the saber metric approach towards assessing the value of the scouting players. This approach assesses and evaluates the players of the game based primarily on the in-game activity (Baumer & Zimbalist, 2013).

Answer Q#4. As explained in the section above, Oakland A’s management is highly objected towards the ideas brought in by Brand, even though Brand is not qualified for the work that he is involved in. Moreover, Brand was just an inexperienced college graduate but with fancy ideas on how to manage, assess and evaluate the team players. Brand selects the players solely based on their on-base percentage (OBP). OBP is a statistic that generally measures how frequently a batter reaches the base (Hakes & Sauer, 2007). Although this is just one of the measures of the competency of the players, it has disadvantages in that it only focuses and concentrates on only one aspect of competence.

Brand is largely less focused of the experience nor the intuition of the players.  Although the athletics managers is opposed to the idea and the practices employed by Brand, Beane signs all the players brought to him by Brand. Although the strategy employed by both Brand and Beane face considerable opposition from both the players themselves as well as the Athletics management, both Beane and Brand disregard the opinion of the opposing teams and continue with the implementation of their strategies.

Answer Q#5. Upon implementation of the strategy set by the A’s, there is observed considerable failure in the team’s performance. There are a number of factors that are clearly evident in the issue affecting Money ball. First and foremost, the internal factors of the firm are at the forefront in frustrating the strategies by the company. Among the many internal factors, the most important is the lack of an overall implementation strategy. Clearly, the general manager is lowly concerned about the approach taken by Brand in selecting the players. As has been discussed above, the designer of the strategy lacks the overall understanding of the players’ selection criteria nor the primary objectives of the organization.

Secondly, there is inadequate and inappropriate control systems. Even though there exists opposition from the Athletics’ manager, the general manager fails to consider their opinions and go ahead to implement the strategies amid opposition from the Athletics team members and their manager. Beane demonstrates lack of accountability in his work. As the general manager, he has the responsibilities of assessing and evaluating the ideas and strategies brought forward by the subordinate staff members, listen to the concerns of other stakeholders and thus implement the best suited approach and strategy for the company. Beane is un-accountable in achieving his responsibilities for the team.

Answer Q#6. Considering the approach taken by Oakland’s team, it is ultimately unsuccessful. First, there does not exist a comprehensive strategy in the selection of the team of players to represent the company. Secondly, the strategy implemented does not involve the important stakeholders and disregards the views of both the team members as well as leadership of the company. Finally, the results obtained from the strategies does not conform to the expectations and the goals of the company.


a). According to MacDonald & Hartt (2014), every industry passes through five lifecycle stages including the embryonic, the growth stage, shakeout stage, maturity stage and the decline stage. The baseball stage is in the shakeout stage. This is because competition from rivals has become intense and as can be observed, it is a race of survival for the fittest. It is indefinite to maintain the historically experienced explosive growth.

b). Since 1989, the baseball industry experienced a number of changes particularly with regard to the Porters five forces. As listed in the article by Indiatsy, Mwangi, Mandere, Bichanga & George (2014), Porter’s five force focuses on the buyers, the suppliers, the substitutes, the competitors and the new entrants into the industry. First, there was an increase in the threat posed by new entrants into the industry. As a result of ease of imitation, it was easy for new entrants to enter into the industry. The bargaining power of the buyers remained constantly low as a result of the low switching costs from one game to another. Bargaining power of the suppliers was also low as a result of the increasing number of players and teams in the industry. Finally, the threat posed by substitutes also increased significantly due to the particular growth of other games such as soccer (Rivkin, 2002).


There were a number of trends affecting the Baseball industry that have a direct impact on the Oakland A’s team. First, the growing competition threatens the stability of the team. As was explained, some of the team members chose to exit from the team to other rival teams. As a result, Oakland As had to establish approaches towards ensuring its competence.

3). At the beginning of the film, A’s business level strategy was focus. The company had solely focused on the already existing players and employees. This strategy remained the same throughout the film.

4). Throughout the film, there is no evidence of the use of innovation for strategic renewal.

A closer look at the Baseball industry demonstrates of the tough rivalry among the already existing forms. An example of competitive dynamics evidenced in the film is the request by owners of the Boston Red Sox team to get Beane to work for them. This was a strategic competitive action as it focused on the management of the team. Despite Beane rejecting the $ 12.5 million salary, Boston Red Sox applied the sabermetric model pioneered by the athletics and won the 2004 World Series. This was a tactical competitive action.