Impact On Asian Americans In The Workplace

Model minority stereotype is harmful because there can be the discrimination in the educational sector, as the students can face the issues in the campuses, there will b the exclusion of the Asians and the Asian Americans. However, due to discrimination in every sector, they continue to live in the poverty and never get the leadership positions. 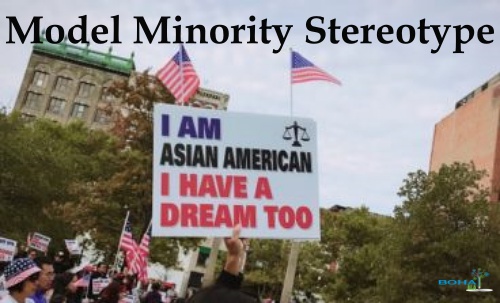 Author has shared his experience at the workplace as he discussed the Hispanic cultural traits, he has discussed that he able to better understand the Hispanic staff members when he interacted with them. The experience in Guatemala has been shared as he comes to know about the realities of the workplace that Hispanic staff members are facing. In the article the cultural traits are discussed, example degree of intimacy, social harmony, respect for authority etc.

As a manager, there is the need to get aware of the Hispanic cultural traits, as the leader can take can take the conscious efforts, in order to recognize the employees at the personal level. The leader needs to be willing and shake some hands and the one who is leading need to be a leader, not a boss so the workforce could be given the respect.

Focus on the employment laws and the employment perspectives in the U.S. I agree that diversity is the big challenge in the working sector, however, the companies need to treat the individual equally, there is the need to value the employees based on the capabilities and work performances not on the ethnicity. The workplace needs to be a place where all the employees feel safe and secure or where there is the appreciation of the talent, moreover, the immigration needs to be given so that the talent could be welcome in the organization and there is the need to give the equal and pay scale.

Cultural Sensitivity To Muslims During Ramadan And Jews During Shabbat

There is need to show the concern to the people of different religions and ethnic group, the people need to value every religion because of its one faith. However, one religion is the matter for one but maybe not for another person, the company if need to retain the employees, then there is the need to value the religion because it can be one weakness. Moreover, the Muslims and Jews need to give half days and leaves in the month of Ramadan and Shabbat, so the value and trust could be provided to them.

To Prevent Discrimination Against Religion Under The 1964 Civil Rights Act

Violate The Rights Of The Disabled

Disability or disable discrimination is the vast topic, as the manager during an interview could ask the questions from the disable person that could hurt him. As, he could be asked the questions like that how would you handle safety, in the case of emergency? You may not give the extra medical leaves. You cannot give the favor because you are disabling, you have finish task on time, and extra will not be there for there for you. You cannot give the job because you are disabled, these types of questions can violate the rights of disabling.

Laws Against Asian Americans And Latinos Impacted Their Migration To The U.S

There were the illegal laws by the states on the Asian American and Latinos. In the United States, there are the people from different background. Like others country, the Asian American and Latino immigrants are there in the country as they experienced the exclusion of the rights or by the laws of US in 1880 and 1965. They faced the unfair practices from the laws, as reasoned on their hunger; there was the political or the religious persecution, they do not have the land and the work, this leads them to face issues in the country and they migrated to U.S.