The case study is based on the company name Micro Compact Car AG (MCC), however, the company is the owned subsidiary of the company Daimler-Benz; company focus on the new mobility concept in this way, the heavy environmental pressure was focused. Moreover, the present traffic is creating the issues and there are the environmental issues, people could not reach anywhere on time, therefore, the individual mobility by the MCC management was focused. On the other hand, the car named as Smart, it is a two-seater smaller and smaller that the FIAT 500, the cars was the pioneer in the European market, there were the existing or accessible practices by the company as the outsourcing and the modular production was needed to be done to the car.

The executives of the MCC Company faced the fundamental challenges in the market, however, there were failed to control a supply chain in a large automotive supply chain the problems were created as the company was only able to add the 15% of the operational value, problems were there reading supply chain and services. 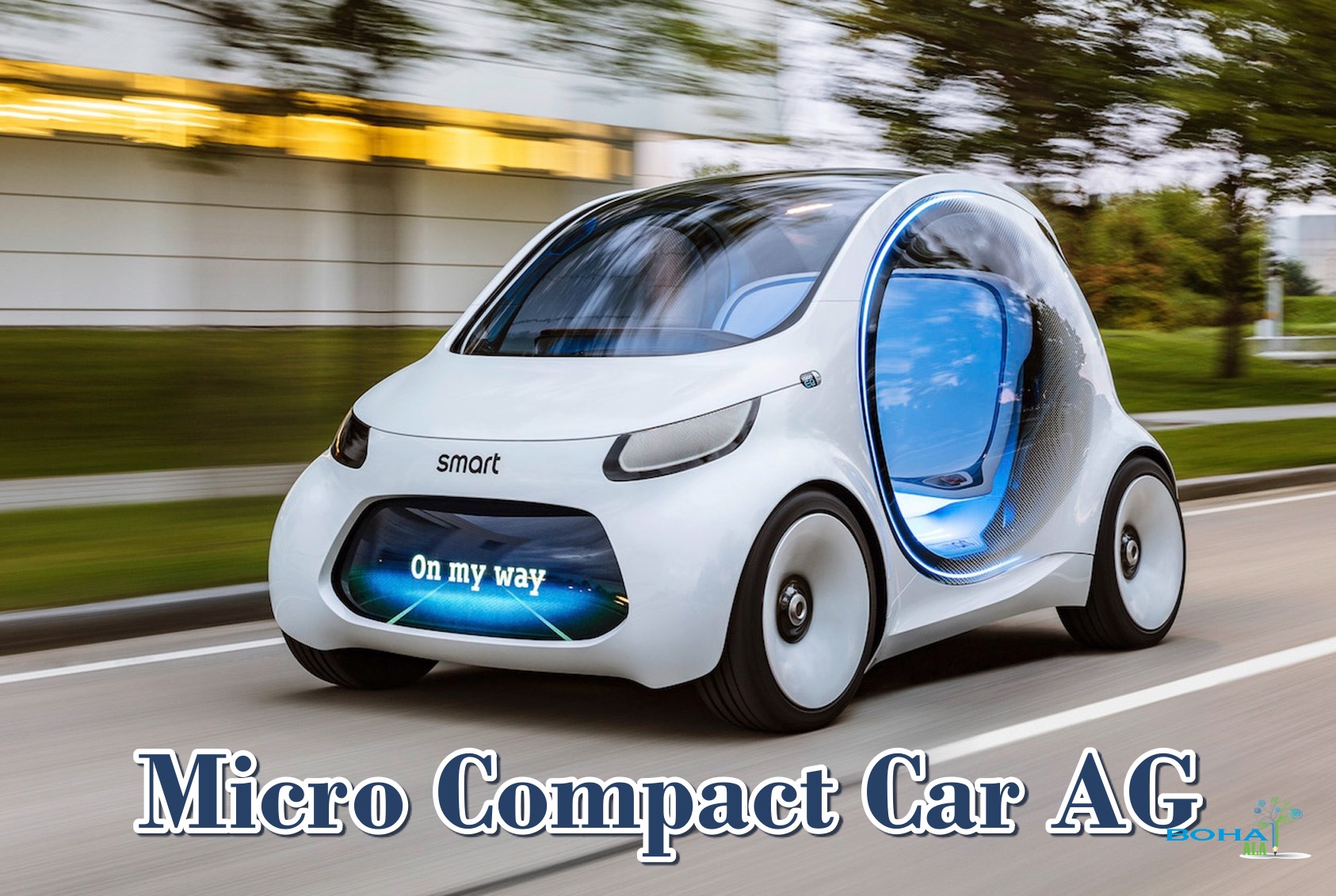 MCC Company makes the company for the safe and environment-friendly for the country and in order to give the benefits to the customers, as the combined there was the focus on the driver comfort and in order to promote the safety and customer choice. However, the major focus of the MCC Company was to reduce the mobility problems that are burdening on the environment. MCC want to create the vehicle that produces or creates the less pollution, the supply chain focus on the dealer network so that there could be efficiency in the concentrated or the safety cell known as the “TRIDION”.

The car has the flexible body panels and the efficient rear panels, the car was focused on providing the convince to the customer based on the supply customer choice, the cars get famous in the market due to the minimum product complexity and in this way, MCC Company wants to create new markets regarding the unconventional channels through focuses on the various sales processes. The Smart car become famous in the market and known for its advanced technology, design, the safety and the channels based on the environment etc. Thus, the MCC Company also focuses on to recycle the products and lower or reduce the emission rates so that benefits could be there.

However, the company decided to supply the car by the direct suppliers, as there were the technological innovations so MCC focus on the on-sequence supply within the automotive industry. The MCC Company has the supplies across the world, as there were the shipments from the Germany, Italy, France, Spain etc. so that the stock could be delivered in the effective and efficient way, consequently the close partner relations was focused and there was the application of postponement in order to maintain the supply chain. There were the batches of the planned preparations by the dealer shipments, the issues were created while managing the supply chain operations.

MCC Company was facing the issues regarding the quality management and the quality improvement because there was the open discussion regarding the shortcomings.  The company faced the issues by standardized performance measures and the product reclamation or the scrap. MCC Company supply chain was problematic as the customers were not satisfied and the car was not having the quality as it had to be, the productivity targets and the trends focused on the quality problems that were the company is lacking and several issues were identified reading the supply chain or by the suppliers.

It is recognized that there were the missing components concerning the supplies that were from Germany, however, the major issues that were noticed by the management of the company was the geographic sourcing, or the issues with the geographic locations because the countries was supplying or maintaining the products as the products should be in optimum or best conditions. The expertise and experience focus on the quality levels so that the total cost could be known as the traditional automotive industry was not giving the effective results in the market as expected.

After knowing or thinking on the issues the MCC Company focuses on the cost-efficient variety so that the generic nature of the production can be noticed under the fast cycle times. The company was facing the issues because of the involvement of suppliers and the dealers. Thus, they focus on the traditional car marketing, which restricts them to grow in the market, however, the company focused on implementing the new strategies by establishing new guides or channels for the urban movement and the physical flow of the goods. MCC Company after that focuses on creating the new markets and the saturating market for the efficiency in the flow of goods.

MCC Company realized that major issues were in the supply chain as missing components concerning the supplies that were from Germany then the company also focuses on the strong logistics characteristic and the other transportation cost so that there could be delivery and the transformation through the “logistics-friendly” operation that were proved to be effective for the company. Moreover, (re-)designing of the products also helped the MCC to achieve or accomplish the efficiency level that was expected as more R&D and the new design for logistics” was focused.

MCC cars were focused on the integrated suppliers, as the company has the own the machinery but focused on the suppliers so that the compensated distribution can able to facilitate communication. However, MCC focus on the other suppliers so that there could be the exchange of the ideas, on the other hand, from the performance measures there was the focus on the subsections and it was known that displayed and relies on the heavily supplies by the other suppliers has decreased the quality of cars.

The company gave the orders to Germany so that the locations can be reached with the optimum conditions however, the expertise and quality was not the same what company was known for, there were the suppliers from the Germany, Portugal, France and the Hambach, there were the distributors ranging from the 1 to the 100 km’s. The suppliers were not having the relevant skill or knowledge based on the reason the MCC had to face a lot because the affectivity was not there assembling the cars.

The company was relying too much on the suppliers to assemble the cars thus, the capability and the production process faced the issues regarding maintaining the relevant knowledge and skills. There were the various different elements that were controlled by the MCC in order to maintain the urgent order situation and to satisfy the customer needs but outsourcing the assembling was not proved to be effective and it is proved to be cheaper. Therefore, it could be stated that suppliers cannot assemble the products as MCC by them.

For the effective performance in supply chain operations the sustainability elements in the case of MCC are as following:

MCC have analyzed the risks that the problems are created by the supplier of different countries as the quality was not controlled.

MCC can manage the risk through deterring the risk assessment; however, there was the need to identify that suppliers can create the issues while managing the quality.

MCC able to manage the crises because the risks were identified and company focused on to maintain the quality standards.

In order to assure the standards of supply chain MCC Company need to assemble the cars when the suppliers integrated on the site because there can be the management of the quality standards, the expertise can provide training to the others by educating them. However, a company could also maintain the strategic fit and the expertise will learn the advanced jurisdictions in order to assemble cars.

The companies in order to survive in the competitive market need to focus on the supplier’s selections and the so that the company could able to control the challenges that could be in the market because negative effects can be created regarding the supplier involvement as what has happened in the case of the MCC cars.

The suppliers that should be selected by MCC need to have the information regarding R&D and the automobile industry, as the skills and knowledge should be focused so that there should no commitment barriers and the communication barriers in the supplier representation. Open communication can also play vital role thus, it needs to be promoted as the company could be saved from the long-term effects or impacts if the choice of the suppliers is according to the company supplier involvement policy.

The clients are possessive about the products and services that they have asked the company; however, there could be the factor of competitiveness if the customers today get the right delivery on the lead time. Additionally, MCC is also facing the quality because not focused on the acceptance policy. The company does not focus on delivery lead time with the product quality there could be issues to cope with the situations. It is the major supply chain strategy to focus on the lead time, in order to reduce the amount of inefficiency.

For the process of the client order and lead time MCC company need to implement the company policies so that all partners, who are working for the company should follow the company ethics, thus, the supplier’s information need to be obtained timely that how they are performing. KPI’s measurement can be significant in this way, moreover, other policies can include the aid performance improvement that is under the uncover issues of the supply chain practices. Consequently, MCC need to be stick on the delivery lead time company policy so that the suppliers work efficiently as the company has the history to terminate one of the supplier’s contracts. For MCC managing and assembling the module in order to satisfy customers can be important, through strategies management and implementation, the company could focus on the lead time.

The companies need to focus on the “modular” approach so that there could understanding and benefits from the autonomous suppliers and the suppliers could able to work well together. There were several reasons behind the MCC innovation of the new vehicle design as the company focus on the Hambach, the operation was focused on the high degree of outsourcing and in order to focus on a large number of suppliers.

However, MCC need to stay focused on the mission as the major mission was the climate control systems and to partnership the relationships with the enthusiastic suppliers, however, becoming rationale provide the benefits to the company in the market as MCC could also enhance development work through focus on the cost reduction and the mutual support from the suppliers.

Through the implementation of the suitable logistics operations MCC can maintain the objectives and can focus on the short-term cycle and the lead time, activities in the Supply Chain should be focused so that the networks could be focused efficiently. However, all logistic operation need to be focused on the time as the MCC to maintain the short cycle should focus on the inventory management, efficient procurement, daily focus on the day-to-day operations by the suppliers. However, the distribution and maintenance of the MCC cars is the major goal of the company.

MCC Company has the large automotive supply chain; therefore, the company needs to focus on the major issues so that there could be transformation through the “logistics-friendly” operations in the market. Consequently, in this way, expertise can be trained to maintain the strategic fit, company supplier involvement policy and to stick to the delivery lead time company policy can help the company to maintain its major mission.