Childhood experiences have a major impact on children’s personality and brain development. Sometimes, the experiences affect individuals even during adulthood. Parent’s support is very crucial to children’s mental development. Children that receive adequate emotional, economic and social support from the parents develop positive self-esteem, self-confidence, trust in others and the ability to succeed. Conversely, children that lack the required support or that have bad experiences from the parents usually develop mental health problems such as anxiety, depression and lack of self-esteem (Carducci, 2009). Also, such children may lose hope in life or 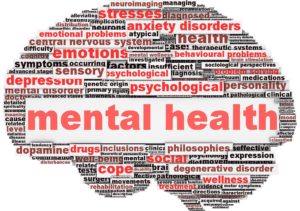 confidence in themselves, which increase chances of failure. If such problems are not resolved during childhood, they are exhibited during adulthood (Carducci, 2009). Joe, a Chinese man aged 19 years is a good example of individuals that have had experiences during childhood that have adversely affected their personality and brain development. Joe’s father left him with his mother at the age of five years and came back when he was twelve years. By the time the father left, Joe was the only child they had. After returning back, two other siblings of Joe were born within the next two years. When Joe’s mother was involved in an accident that made her to paralyze, the father left again and has not been heard again. Joe was aged 16 years when the accident occurred. Since then, Joe has been taking care of her mother and his siblings. Joe has been suffering from anxiety and severe depression occasionally. Also, he feels that he has never been good enough and he has deep hatred for his father. As explained using theories and ideas Freud, Adler, Erikson and Sullivan, the negative experiences of Joe are the cause of his mental health problems. In addition to discussing the brain and personality development of Joe, this paper describes the cultural factors and ethical and legal issues involved.

Sigmund Freud is renowned for inventing psychoanalysis and psychodynamic theory. He concentrated on the interaction between the mind and the motivational, mental and emotional forces that influence personality development. He also gave significant focus to sexuality. He argued that the mind has three main parts, namely the rational ego, the judgmental superego and the impulsive and irrational Id. According to Freud, the psyche also has unconscious and conscious parts (Cervone & Pervin, 2013). Sometimes, conflict emerges between the two parts leading to repression. Repression is a state in which a person becomes unaware of troubling desires, wishes or motives that influence him or her negatively (Cervone & Pervin, 2013). Freud argued further that a person should resole early developmental conflicts successfully. The early developmental conflicts include mastering body functions, successful interpersonal relationships, affection and gaining trust. Resolving the developmental conflicts enables individuals to achieve mental health and overcome repression.

Freud argued that mental problems such occasional anxiety, lack of self-confidence and depression may occur due to the inability to overcome those conflicts. According to Freud, anger is sometimes turned into self-hatred and depression. Neurotic parents who are driven by selfish needs, lacking in warmth or are angry and inconsiderate create a hostile, unpredictable world for their children (Carducci, 2009). Consequently, their children feel angry, confused, helpless, cand alone. Children know that parents are their means of survival. Thus, they develop fear that turns into anger directed to themselves. Eventually, they lose self-confidence and develop the feeling that they are unacceptable. They feel that no matter how they try, they cannot be good enough.  Such children are prone to experiencing exaggerated feelings of depression and anxiety, or they can become neurotic (Huberty, 2012).

Freud’s arguments apply to the case of Joe. Evidently, Joe, his mother and siblings have been neglected by his father. Between the age of five and twelve years, Joe required support, attention and care from his father. Since his father was unavailable, Joe did not successfully resolve early developmental conflicts. As such, he started developing mental problems at an early age. The father’s neglect of his family after the accident that led to paralysis of Joe’s mother made the situation worse. The issue made Joe angry since the father moved away during a time when his family needed his support most. He left his responsibilities to Joe. Joe might be struggling to accomplish those responsibilities considering his age. As Freud argued, the anger turned into hatred of his father and himself. He hates his father to the extent that he wishes him dead. Eventually, the hatred of self is the cause of Joe’s loss of self-confidence. The loss of confidence is evident from Joe’s feeling that he has never been good enough. The loss of confidence has created a sense of failure in Joe.  Also, the anger, loss of confidence and hatred of self are the cause of Joe’s occasional introjection depression and anxiety. Although Joe has attained nineteen years, he has mental health problems that he was unable to resolve during childhood. The problems are likely to last longer during adulthood.

Erik Erikson came up with the psychoanalytic theory that focuses on how people develop sense of identity and how they fail to develop or they develop beliefs and abilities that enable them to become satisfied and productive members of the society. He suggested that during different stages of development that start from childhood, people experience psychosocial crises that have a negative or positive impact on personality development. According to Erikson, the first psychosocial crisis of trust versus mistrust occurs within one year after birth. During that stage, a child is uncertain about the world (Carducci, 2009). The child develops trust if he is provided with reliable and predictable care consistently. However, if the child is provided with unreliable and unpredictable, he or she develops mistrust. Between the age of eighteen months and three years, a child experiences the crisis of autonomy versus doubt and shame (Carducci, 2009). During that stage, children start to assert their independence and to discover and use their abilities and skills. If they are supported, they become confident in their abilities. If they are restricted too much, they develop sense of doubt and shame in their abilities.

Between three and five years, children experience the crisis of initiative versus guilt. If they are given an opportunity, they begin to initiate and plan activities. If they are restricted, they develop sense of guilt. Between the age of five and twelve years, they experience the crisis of industry versus inferiority. If supported, they start doing things on their own and to make and pursue goals (Carducci, 2009). They also start to feel industrious. If restricted, they develop sense of inferiority. Between the age of twelve and eighteen years, the children experience the crisis of identity versus role confusion. If they get the necessary support and opportunities they effectively develop personal identity (Carducci, 2009). Identity crisis or role confusion occurs if individuals develop negative self-identity.

In the case of Joe, his development of personality was adversely affected between five and twelve years. That was a period that he needed support from his father that would make him develop confidence and start to feel industrious. Consequently, he developed sense of inferiority. As Erikson argued, the negative personality traits remain even during adulthood, which is notable in Joe’s sentiments. He feels inferior and that is why he thinks that he is not good enough. He was also affected between sixteen and eighteen years. People who experience identity crisis during that stage are usually not sure about themselves (Carducci, 2009). Evidently, Joes is not sure about himself.

Alfred Adler’s ideas were influenced by Freud. Unlike Freud who focused on the impact of biological development, however, he concentrated on social aspects. According to Adler, all people experience inferiority during childhood (Cervone & Pervin, 2013). Children may also develop the feelings of inadequacy and insecurity. Such feelings influence the goals that people make. The children try to compensate through exploiting their abilities. For instance, children who are inferior in academics strive to be superior in athletics. According to Adler, most mental health problems that develop during childhood are caused by the lack or loss of the sense of belonging. As they grow up, individuals remember the experiences that had the most significant impact on their lives. In the view of Adler, the ideas and perceptions that people have develop during childhood, and they can remain the same during adulthood. If they develop negative perceptions, they are discouraged and lose self-confidence (Carducci, 2009). As Adler suggested, Joe remembers what he went through during childhood as a result of his father’s disappearance. Due to the bad experiences, he developed faulty assumptions, ideas and perceptions about himself, which he has carried into adulthood. The faulty perceptions and ideas are evident in his loss of self-confidence.

Carl G. Jung focused on the effect of brain development and culture on people. According to him, the brains evolves as people grow up. The evolution is most remarkable during childhood. As the brain evolves, it stores experiences that are ultimately repressed. The repressed experiences unconsciously influence an individual’s assumptions and perceptions even during adulthood. He coined the concept of collective unconscious. He stated the collective unconscious contains symbols and images called archetypes. Jung argued further that individuals’ perceptions of self and the world are highly influenced by cultural elements such as customs. For instance, people’s perception of gender roles are influenced by culture. As Jung suggested, brain evolution has played a major role in Joe’s perception of self and the world. As he grew up during childhood, he gained the idea that fathers have the responsibility of supporting and caring for their children and spouses, an idea that is embedded in the Chinese culture and other cultures. He has learned that it is wrong for fathers to neglect their children and thus is one of the reasons why he is angry.

One of the significant legal issue that might emerge in relation to Joe’s case is child neglect. The law in China and other countries stipulates that parents have the responsibility of taking care of their children. According to the law, fathers have the responsibility of providing economic support to their children. Child neglect is prohibited and punishable (Siegel & Worrall, 2016). Thus, Joe’s father is likely to be punished due to the neglect of his children. The father’s neglect of Joe’s mother is a major ethical issue. He may not be punished for doing so but he ought to be providing the necessary support and care to her.

Overall, Joe’s mental health problems have developed due to the bad experiences he has gone through during childhood. As Freud suggested, the negative experiences have transformed into hatred for self and the father, anger, loss of self-confidence and self-esteem, anxiety and depression. Erikson’s argument is also applicable in that case since it is evident that Joe failed to develop the feeling of being industrious and he has been experiencing identity crisis. He also developed faulty assumptions and ideas about himself, as argued by Adler. As Jung explained, Joe’s ideas are also influenced by culture and brain evolution. Child neglect is the most significant legal issue that might emerge. The most remarkable ethical issue related to the case is the neglect of Joe’s mother by the father.

Is Mental Health Real or It is in Our Heads?