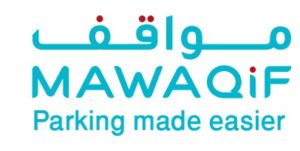 Statement of the Problem

The past two decades have observed an immense development in the economic status of countries in the gulf corporation council. In particular, the production of oil in the United Arab Emirates has contributed significantly in the economic development of the people of the country. The results has been an increased purchasing of vehicles by the citizens. With the limitation in space, especially in Abu Dhabi, searching for parking spaces has continually become a major challenge for the car owners. According to the article by Alkheder, Al Rajab & Alzoubi (2016), this problem has been particularly attributed to the exceptional growth in the number of cars, buses, trucks as well as other modes of transport over the past decades.

Ruiz (2015) explained that in Abu Dhabi, the drivers spend up to 30 minutes searching for parking spaces. Although double parking is strictly prohibited in the city, one of the interviews explained that it is a common practice behind the hospitals and building, primarily due to the problems of lack of sufficient parking spaces and ineffective parking management system.

In the search for an effective and efficient parking management system, the Abu Dhabi city implemented the MAWAQIF parking system. Mawaqif system was established in the year 2009 with the primary objective of achieving a sustainable and an effective parking system for the city. The MAWAQIF system makes use of traffic cameras to monitor parking and allocate parking spaces to drivers at a fee. Parking is free for the first ten minutes of parking. Drivers parking new mosques for prayers have however been allowed until 45 minutes of free parking. However, the drivers must pay for any time above the allotted free duration. The system provides a rather sustainable parking management solution and was originally developed as a multi-phased program software.

The primary objectives for the development of the system was to address the growing demand for parking and to prevent the misuse of the limited available parking spaces. The system charges for parking on hourly basis. Moreover, the system imposes fines on the drivers whose vehicles have been wrongly parked. The system allows the drivers to make payment for parking through three main payment systems including mobile payment, pre-paid cards and residential permits. The system was particularly important for a congested city like Abu Dhabi since it effectively controls traffic and parking for the city without the need for parking control police.

The mawaqif parking system has been a major benefit to the people and the government of Abu Dhabi. First, the enhancement and improvement in the parking management reduced the number of accidents and incidents occurring as a result of wrongful parking by considerable proportions. The system enabled for the development and use of a system that effectively manages, regulates and maintains a safe, secure, efficient, and environment-friendly and a well-integrated parking management system. This considerably eased the process of paying for parking fees, increased the government revenues and assisted in the reduction of pollution within the city. Secondly, the system led to an increased benefits of the existing parking supply through the increased turnover. Finally, the system was an important solution to the parking needs of stakeholders, including the residents, the workers and the visitors.

Problems With the Current Solution

Despite the implementation of the MAWAQIF parking system in the city, the drivers of Abu Dhabi continue to complain of shortage in parking spaces (Sherif, 2010). The system has been considerably effective in reducing the parking challenges in the congested areas but has transferred the problems to the less crowded areas of the city. Since the system operates through the use of cameras to assess the availability of parking systems, there is a considerably high likelihood that traffic is transferred from the congested areas of the city to the less congested areas thereby congesting them. This is because the system shifts traffic to the locations or areas which are not congested, in the process leading to the congestion of these places.

The other main problem with the system automatically allocating parking spaces to vehicles and automatically imposing fines, there exists considerably many complaints by the city drivers of being fined while in the search for parking spaces. According to sherif (2010), the system requires the users to pay for parking spaces from the installed payment booths. The main challenge is that traffic has shifted from the original locations to the roads where these booths are located, as drivers seek to pay for parking. The long queues of vehicles has become one of the new challenges that has sprout as a result of the implementation of the new system. Secondly, the system requires that drivers physically present themselves at the payment booths in order to make payment.

Moreover, the parking system is considerably expensive to maintain thus imposing huge amounts of fees for the customers. There has been several occasions in which the citizens as well as visitors of Abu Dhabi complain of the high parking fees and the expensive fines that are imposed. Getting your car towed without any notice is the worst, if you parked wrongly like in handicap or behind a car or even behind your friends car it is listed as violation. You can get your car towed within the next 5-10min, once a vehicle has been towed, the drivers must pick the vehicles at the Mawaqif offices once they have paid the fine as will be registered by the system. The system does not offer signals to the drivers whose vehicles may be towed.

Despite the fact that Mawaqif system provides efficient and effective ways of search for and paying for the parking systems, the lack of training and communication resulted in considerable challenges in users making use of the system.

Tools of Design of a New Solution

Before the implementation of a new system, feasibility is essential to assess the need for the system. The two main components of product feasibility are product desirability and product demand. With regard to product desirability, the discussion and responses discussed above have clearly demonstrated that the current system fails to meet all the requirements for which it was created and have actually created new challenges. As such, there is need for a new system to improve upon the existing system through the development of a new smart parking management system.

There are numerous tools at the disposal of developers for the development and implementation of parking systems. In the design of an Abu Dhabi parking system, I propose the application of the internet of things to enhance the effectiveness and efficiency of the Mawaqif parking system. The internet of things (IoT) refers to the network system that connects electronic devices together allowing effective transfer of information between these devices. As will be explained in the section that follows, the connection of the smart car parking system and the drivers in the city of Abu Dhabi will play a major role in enhancing the effectiveness and the efficiency of the current parking system.

In order to effectively solve the parking challenges and problems inherent in Abu Dhabi today, I recommend the implementation of smart parking technology. The advancement and development in technology has created considerable opportunities and means of effectively dealing with parking challenges. As explained in the article by Zheng (2016), smart parking technology works by embedding smart chips underneath the parking spaces, which collect and transmit information to the central parking management system for analysis. The smart car park servers then make use of the information received from the parking chips to allocate parking spaces for drivers who can access the system through their mobile phones.

By connecting the smart car parking servers through special mobile applications, the drivers can easily search for and reserve vacant parking spaces as well as make payments for the time the vehicles are parked through their phones. Through the integration of the Mawaqif parking system with the capabilities of the smart parking system, real time data transfer from the underground chips will assist the mawaqif staff members to effectively monitor parking spaces available, easily allocate vehicles thus reducing the transfer of traffic from one place to another. Most importantly, this will enable the drivers to search for and pay for the parking spaces that are nearest to them without having to undergo considerable challenges of having to drive to the payment booths.

The adoption of a smart parking system at Abu Dhabi will assist to achieve considerable advantages for the government as well as for the drivers. Importantly, smart parking system can effectively and precisely determine the areas and locations of the city with a higher need for parking spaces than others. As such, the system will enable easier and informed decision making by the provision of the areas within the city where parking buildings need to be constructed. Secondly, the smart parking systems eliminates the need of the users to drive to the city in order to pay for the parking tickets as this can be done effectively and efficiently at the comfort of their homes. This will save time for the users and thereby promote economic growth for the people as the time can be used for productive endeavors. This will also serve to reduce the likelihood of the residents being fined for wrongful parking as the drivers will have enough information on their phones or laptops regarding where to park and at what times of the day.