As far as Marks & Spencer (M&S) is concerned, the company has been giving significant attention to creating as well as delivering value to its customers. Earlier, the company’s strategy was to provide the broadest range of products while charging a minimum amount, and to attract its slogan was ‘don’t ask the price – it’s a penny.’ In the present competitive business environment, consumers are incredibly conscious about both the value that they are receiving while using the product or service as well as the money that they are paying for enjoying this value. With the increasing spending capacity, most of the consumers throughout the world, especially in developing countries, today, do not look for the products or services that are available at the lowest price. Instead, they look for products that are innovative, effective, and worth spending money. Organizations that can offer more value-added products and services at reasonable prices are likely to stay ahead of their rivals. Hence, it can be said that the slogan (‘don’t ask the price – it’s a penny’) that M&S used to promote its products is not anymore applicable today. 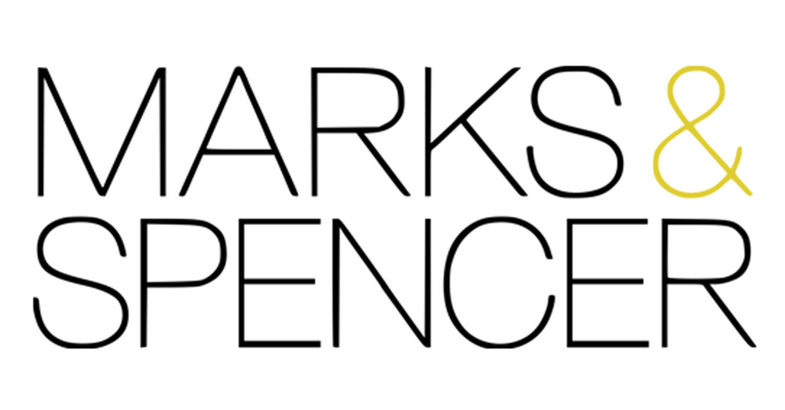 Like other retail giants, M&S is also remarkably dependent on its strategic resources. Necessary strategic resources of M&S include ‘physical resources,’ ‘intangible assets’ and ‘capabilities.’ Physical resources include the products and brands that are found in the stores. Physical stores and displays are also included in the list of material resources. Intangible resources include the brand image and the knowledge that the employees possess. The third strategic resource is the ‘capabilities,’ which refers to the company’s skills in managing various processes and supply chains. All these vital resources help the company in attracting and retaining customers and in gaining competitive advantage through cost leadership.

One of the essential core competencies of Marks and Spencer is its ability to identify, design, and developing products for its customers (Drucker, 2006). Initially, Marks and Spencer used to buy products from other manufacturers, but later it realized its potential and decided to both produce and sell merchandise on its own. Another core competency of the company is its skill in managing supply chains. M&S has been delivering superior value through its unique supply chain management system. The company is capable of not only controlling its quality and costs, but it is also capable of controlling the quality and expenses of the firms that manufacture and distribute raw materials to it (Egan, 1998).

Identifying and defining a strategic vision is one of the most crucial tasks for any organization that wants to stay ahead of the competition in the long run. The strategic vision should be developed based on a possible future of the organization, its core capabilities, and its competitiveness (Sage & Rose, 2009). As far as organization structure is concerned, it defines how jobs and tasks are formally grouped, divided, and coordinated. Organizational culture is the system that consists of shared value and meaning, which are held by the employees of the organization. One organization can be distinguished from another based on its culture (Robbins & Judge, 2007).

As far as M&S is concerned, its holistic strategic vision is to create a more streamlined, dynamic, customer service oriented, and efficient organization. At present, M&S has a flatter structure as it has adopted the strategy of removing various layers from it. As far as culture is concerned, M&S has a customer-oriented culture as each and every employee is working to satisfy the customers’ needs. Overall the company is driven by a positive lifestyle.

SWOT is the abbreviation of Strength, Weakness, Opportunity, and Threat. It is one of the most popular strategic models that are used for assessing a business (Pahl & Richter, 2009).

M&S can also be analyzed using this model. Strengths of M&S include its brand image, experience in the retail industry, the capability of managing supply chain partners, excellent customer service, and its market reach. Marks and Spencer is one of the most renowned retail brands in the UK. Furthermore, the company has a unique supply chain management system that allows it to control the quality and costs properly.

Major weaknesses of M&S include too much fragmentation, lack of up-gradation in the product line, and too much dependency on the UK market and UK based suppliers.

As far as the opportunities are concerned, the most important one is the growing markets of South Asia, Africa, and South America. In addition to it, Marks and Spencer also have the opportunity of investing in a new business model as the company has enough financial capacity.

Intense competition, powerful competitors, and recession affected the economy of the UK are the three most significant threats to the business of Marks and Spencer.

PESTEL stands for Political, Economic, Social, Technological, Environmental, and Legal. The PESTEL model is widely used to identify and analyze the macroeconomic situation in the context of a particular organization (Allen, 2001).

Since Marks and Spencer is a UK based organization, it is likely to be more influenced by the political situation of the UK. The UK is a politically stable country and is expected to be so in the coming year.

The economy of the UK has received a big blow from the last global economic slowdown from 2008 to 2009. It was deeply in recession as the growth rate was in a negative figure. However, the situation has already started to change, although the process of recovery is continuing. Retailers like M&S are affected by this recession as the sales went down significantly. However, with the improving economic condition, it is expected that consumers will spend more in the coming years.

Middle-aged individuals dominate society in the UK. Most of them are Christians. English is the principal language that is spoken by the people. As per official figures, almost 99% of people in the country are educated, and they make their decisions on their own.

The UK is such a country where advanced technologies are heavily used by both general consumers as well as organizations, and such a trend is likely to be found in the coming years as well.

As the entire world is suffering from the disease named global warming, all the developed and developing countries are gradually becoming more and more conscious regarding the protection of their environment. The UK is not an exception. The government is taking several measures to ensure that both organizations, as well as individuals, cannot affect the environment.

The UK has a secure legal system which is dominated by traditional English laws. A company like Marks & Spencer that is operating for an extended period is well aware of all the essential rules and regulations.

Marks & Spencer saw great success before the period of 1990, and this success is the result of the company’s effective strategies. Initially, M&S was focusing on the value aspect. The company’s slogan was, “don’t ask the price – it’s a penny.” The company was offering a wide range of merchandise at the minimum possible price. Consumers were attracted as they were getting value for their money. After the success of this strategy, M&S started to focus on another aspect, i.e., ‘diversification.’ The company decided to bring diversification in its product range so that a broader range of customers can be attracted. The innovation aspect was also given enough significance.

Moreover, M&S identified that some of its stores are too small in size to survive in the long run. In overcoming the situation, a massive expansion program was started. As a part of this program, existing stores were expanded depending on the availability of the land, and new large stores were built. Some major strategic changes were also made. M&S gave significant attention to regular improvements in the product displays to meet the ultimate objective of increasing sales.

Furthermore, the company began to use information technology in the best possible way. With time it realized that it would be complicated to gain a sustainable competitive advantage if it remains confined in the UK market only. It opened stores in other developed markets like France, the US, Hong Kong, and Canada. In addition to retail services, the company also started to provide financial assistance in the form of unit trusts, credit card, etc. With these strategies, M&S was able to retain growth until 1990.

In the retail industry threat of new entrants is found to be moderate. Entry barriers for small retailers are not as substantial as they are for big retailers.

The threat of substitutes in terms of products and merchandise is serious as any new brand can replace any of the existing ones. As far as the replacement of the retail industry is concerned, the threat is shallow. As there is no such new format till now, that can substitute the present form of retail business.

The retail industry in the UK is intensely competitive. There are several bigs as well as small players who compete among themselves. Competition is mainly concentrated on the service, price, and quality of the product.

Till 1990 M&S saw great success, but afterward, the company’s sales started to go down sharply. There are several reasons behind such a massive decline. Too many product ranges were introduced, and only a few of them were successful. Moreover, the management in the company was not as strong as it should have been. Being a retailer, one never should be over-confident about its reputation and image, and this is the mistake that M&S made. They took off their eyes from their customers.

Furthermore, they were too dependent on their UK based suppliers. Clothing is an essential part of M&S’s merchandise range, and for the success of clothing products, there must be some fashion elements into it. After 1990 most product ranges that were launched by M&S lacked fashion elements, and this is another reason behind the company’s declining sales.

Marks and Spencer should focus on developing economies throughout the world for expanding their business and gaining sustainable competitive advantage. The company should improve its presence in countries like India, China, Brazil, and South Africa. Moreover, M&S should give more importance to the aspect of the internet and online sales. The company should improve its online storefront. It can even open a separate online storefront for different market segments.

Two strategic models that can be adopted are Ansoff’s growth matrix and Porter’s value chain model. In Ansoff’s growth matrix, four quadrants represent four strategic choices that can be taken by a firm. These are market penetration, market development, new product development, and diversification (Jones, 2006). On the other hand, Porter’s value chain model can be used to analyze the chain activities that are crucial in the process of creating and delivering value to the customers.

A Day in the life of Alex Sander: Driving in the Fast Lane at Landon Care Products