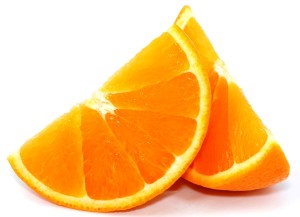 Coca cola was invented in May 1886 by doctor john pemberton a pharmacist.

He was the person who scripted coca cola into letters which later become the logo. The soft drink was sold to public at soda fountain in Jacob’s pharmacy in Atlanta on May 8 1886. About nine bottles sold each day. In 1887 a business man Asa candler bought the formula from the inventor john pemberton for Rs 2300. In 1890 coca cola was one of the most fountain drink of America due to aggressive marketing of the product. between 1890 to 1900 the coca cola increase its sales over 4000% with Asa Candler. The important factor between john and Asa candler success was advertising the soft drink was sold across the united state and Canada.

The soda fountain served as a meeting place for all the different ages.

With launching counters the ice cream bars and fast food restaurants declined. And people buy the drinks from the counters because drinks was easily available on these counters.

The television add “I’d like to buy the world a coke” was released in Europe and then the add was released in U.S in July,1971 and the response was dramatic in the same year coca cola d the bottlers had received more than a hundred thousand letters about the adds. The Commercial was very popular in these days and people were calling to the radio stations and asking them to play that Commercial.

The coca cola company introduce a new company in Pakistan in 1986 with the name of “coca cola beverages Pakistan limited”.

The “CCBPL” is the six largest bottler system in the world.

CCBPL has 6 plants and 13 warehouses in Pakistan and serving the population of 170 million. CCBPL started the process of investing and acquiring franchised bottling operation in 2006 the process was completed, there for coca cola has all the rights of manufacturing and selling.

And now they are serving the people with many products.

Coca cola is was available in seven cities including LAHORE,KARACHI,GUJRANWALA, RAHEEM YAR KHAN and in two more cities and the coca cola’s plant is located in six different regions that are making available their products in different places and areas but minute maid only available in Lahore. They were dealing in juice, kinley and minute maid at that time. However, after that in 2008 coca cola import first model as they import only one flavor orange but at that time it was also there in two more countries INDONESIA and MALAYSIA. Later that in 2008 and 2009 they take a challenge and in 2011 tropical add local line inject with heavy investment that was very reasonable and they make a profit .

Their juice category grown a lot but another factor is that they bear extra cost on import and export.

it involves juices nestle,shezan and other juices

It was in 1945 that after three years of experimentation National Research Corporation (NRC) of Boston, Massachusetts developed a flavorful orange juice powder from real, delicious oranges. It was made using the same high vacuum process use to dehydrate and prolong the life of such things as penicillin. In a response U.S. army issue order of 500,000 pounds of powdered orange juice NRC organized Florida Food Corporation headed by John M. fox. The new company opened quickly a pilot plant in the heart of Florida citrus belt, with the end of the war in sight U.S. army contract was cancelled and company indeed move ahead and began the construction of full scale processing plant, and the intermediate step is to take out juices from a frozen orange juice concentrate which gives a rich fresh taste.

Now, the brand eventually needs a name  From the city famous for its Minutemen militia, a Boston advertising agency came up with the name “Minute Maid“. With no additional funds, Jack Fox started a campaign on his own he went door to door in his hometown with his free sampling , promoting and etc.

Just a few short years later, the Florida Foods Corporations was renamed The Minute Maid Company to reflect the success of the product.

Now a days coca-cola having a local line production of minute maid in Lahore , and through which they are directly producing and selling markets

Coca cola is was available in seven cities including LAHORE, KARACHI, GUJRANWALA, RAHEEM YAR KHAN and in two more cities and the coca cola’s plant is located in six different regions that are making available their products in different places and areas but minute maid only available in Lahore. They were dealing in juice, kinley and minute maid at that time. However, after that in 2008 coca cola import first model as they import only one flavor orange but at that time it was also there in two more countries INDONESIA and MALAYSIA. Later that in 2008 and 2009 they take a challenge and in 2011 tropical add local line inject with heavy investment that was very reasonable and they make a profit .

Their juice category grown a lot but another factor is that they bear extra cost on import and export.

It involves juices nestle, shezan and other juices

mango flavor in market at the end of last year it will take part Q1( quarter 1) but segment of lemon is very low.

nimbu flavor was launched in march in this year

LIMBU WAS NOT MUCH AFFECTED.

As saying by the marketing manager of coca cola that we have in mind sale of nimbu was under expected and was very low.

As told by the manager nimbu comes in the market in next three to four months with little changes and they are working very carefully to see their product at right place , tropical slowly comes to the screen while aroma does not like by the people because of this flavor. In future they reforming and working on aroma of nimbu and will introduce soon in the market , launching of mango as well , ice tea and many more flavors

Coca cola’s strategy is not to competing other brands but main thing is that they are focusing on gaining shares in market, nestle gain 40% shares of the market.

First of all before setting price of your product we have to keep in mind that how much discount should we give to our retailer, wholesalers and how many we pay EBIT and we gain profit on that product. This is also necessary to know about competitive products price on what price shezan, nestle and fresher are selling. They reduce there prices by stop importing pulp internationally and they started their production on local line. Initially they import pulp from foreign countries but due to shortage they start producing pulp in local area of Pakistan which reduce the cost.

COCA-COLA SHARES: We want to be in market with strong position but in juice business NESTLE and SHEZAN make a very strong position with both are 40% shares and all food. 2 or 3 % shares are held by coca cola in term of juice.

They did import pulp from other country and then start it into the local production because mostly people think that from beginning their quality was good but after some time they were not giving that quality as like before obviously change occurs . Coca cola increase increase their shares as compared with Pepsi because coca cola’s brand lovers are more.

They find 30% growth in last year and they have planned that they make available their product in other cities throw retail channels because juice challenge are less , they don’t do shelf locks in retailer shops.

In near future we come to the screen with minute maid,tropical,orange and nimbu with consumer promotion in next year . we prefer much focus on tropical and orange and focus could be more.

Line extension is low at that time and can not come in tetra pack because this is not feasible,but mango is main target and come into the market with mango flavor . people like gourmet lemon and cola both flavor but their new flavor like bon vivant can not touch to the market and fails.

Pulp orange at growth but main challenge is to make it available. Nestle available with 60,000 and coca cola availability is 25,000 in term of volume.

We will bring it with more flavors if we have enough cash and we also make it available in tetra pack. We’ll make sure to push up our quality regarding our juices we’ll also looking up for nectar’s as well.

Their big challenge was before the minute maid launch we think that in six months we will sale our stock but order was fill in first three months this was the big challenge when minute maid was launched. Another is retailer was enough money to make available in their shelf, and when we got that much good response then we called up for more production and that take some time and that time gap effect us a lot.

Target market is youth and did sampling from nimbu with nimbu, but at that time feedback was taken from aroma, sales incentives was not giving this is the factor. Loyalty consumer is youth and they normally target on youngsters.

PROMOTION: They focus much on coke but not as much on juices. So they said that they didn’t promoted there minute maid sector that much

There are two channels

At least 30% their demands are filling throw truck that are making available at their outlets.

And indirect channel is to provide distributor 70% stock to retailers and almost 700 plus distributors and outlets are 250,000.

Shelf locking with heavy investment changes in adds and try to do games and other activities in other cities and campaigns as well, so that we can lift up some market share regarding our juice business, mango will be launched soon, as per more flavors will come soon. They said if they have to put up there minute maid coolers on different stores they will look for it and they thinking they’ll open outlets for these minute maid juices separately as other companies like K&N’s use to open there different outlets on different place

Outlet on which you are available and which of them contributing for you.

How many out lets you have for your product.

Availability of the product in the market and increase the sale volume.

3 months gap in importing of pulp because of the large sale of the product in the market which is not expected before launching. So the challenge was how to fill up that gap .

Minute Maid Pulpy orange is targeting youngster which is the biggest segment of Pakistani market and company is focusing on the Middle and High Income class of the people which live in urban areas. Total market size is 56%

Minute maid Pulpy orange is Available in 400 ML and 1.25 ML Bottle whereas Minute maid Splash is only present in 250 ML . Minute Maid is using transparent plastic bottle that increase the beauty of the packaging and it has good design that is easy to grip while the other competitors are offering product in the tin packs.

As per they told us interview that they are really not investing that much money on minute maid juices as they are investing in carbonated drinks because juices are not there core products but what do we think is that in every way considered the item minute maid effects the brand “COCA-COLA”. So we as a marketing students think that following points might make some positive effects in the overall domestic market .

this is illegible :/ can’t understand any of the sentence, like, where is the grammar?